Mysteries of the Tuaoi Stone of Atlantis

Every few years, inquiries about a mysterious object make their way through the offices of the State Museum. We’re here to set the record straight that this object is not, nor has ever been, in the possession of the State Museum of Pennsylvania. This week’s blog is courtesy of one of our volunteers in the Section of Archaeology, Addison Warner. Addison has an interest in Meso-American archaeology, and “volunteered” to write about Pennsylvania’s connection to the Maya culture. Enjoy this short piece about the mystery surrounding this unusual object from south of the border. 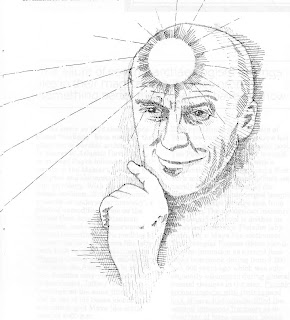 It has been rumored for many years that the Tuaoi Stone, also known as the fire stone or emblem stone, the all powerful Atlantean crystal, is hidden amongst the collections of the State Museum of Pennsylvania. Atlantis is the mythical continent that according to Greek legends existed in the middle of the Atlantic Ocean. As the legend goes, the inhabitants were the most technologically advanced culture in the world. Just before the continent sank into the ocean in a fiery explosion, a few Atlanteans escaped to the four corners of the earth, taking with them, the concept of pyramids, agriculture and the wheel.

Yet today, there still remains a mystery as to who possesses this powerful stone and where it remains hidden. It has been purported that this stone possesses the power to provide energy for daily life, rejuvenating the human body to a younger state. Legend has it that it will allow for harnessing fusion fuel from the sea water and even reduce the gravity on certain objects. These are just a few of the stone’s supposed powerful abilities. One can see the desire for our modern culture to locate and exploit its power.


During its final collapse around 10,000 B.C., the inhabitants of Atlantis spread their culture and knowledge throughout the world. They brought with them the power of the Tuaoi Stone to the Maya culture, in what is now modern day Guatemala and the Yucatan region of Mexico. This is where the Tuaoi stone was reported to be rediscovered in the early 1930’s by an American prophet Edgar Cayce. According to Cayce’s writings the crude crystal was unearthed by E. R. Johnson during excavations from 1931-1938 in a Maya site called “Piedras Negras”, in the Northern Guatemalan lowlands. Johnson was in collaboration with the Pennsylvania state museum and the emblem stone was given to the Pennsylvania state museum following the 1933 field season. According to the State Museum of Pennsylvania’s records, no archaeological excavations were ever conducted by the State Museum in the region of the Maya culture. However, archaeologist Dr. John Alden Mason from the University of Pennsylvania conducted several excavations in Central America in the early 1930’s. In coordination with the University of Pennsylvania, they claim that no such stone was ever given to them or is in their possession. This remains a huge mystery for believers of the lost continent of Atlantis. Both the State Museum of Pennsylvania and the University of Pennsylvania have no knowledge of such an artifact existing or being in their possession. So where is the mysterious Tuaoi stone? Who possess its power… and where does it remain hidden? These are questions that will fuel the fire for further investigations as to what really happened to the Tuaoi stone itself and the lost culture of Atlantis.

Next week’s entry promises to be free of crop circles, UFOs or any other wingnut conspiracy theories that may be out there. Until then, stay scientific.

For more information, visit PAarchaeology.state.pa.us or the Hall of Anthropology and Archaeology at The State Museum of Pennsylvania .
Posted by PA Archaeology at 4:25 PM