The faunal evidence for archaeological sites in Pennsylvania portrays prehistoric Native Americans as consummate hunters and trappers. Discarded bones of mammals, birds and fishes retrieved centuries later by archaeologists from rubbish middens (trash pits) attest to the important roles that hunting and trapping played in the lives of these people. The contents of prehistoric trash middens and dumps most always show that deer, elk, bear and turkey due to their sheer body mass, were the more prolific creatures harvested for meat protein. There are animal remains reported from these trash dumps that are fewer in number and three of these are the subject of this week’s blog. 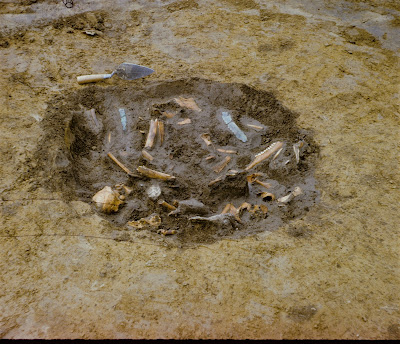 Animal bones from an archaeological context.

The wildcat, better known as the bobcat, Lynx cf. rufus is an animal found in the rugged intermontane region of northern Pennsylvania where there are swamps and dense forests. One can surmise that this fur bearing animal was trapped by Native Americans for its pelt as the coat of fur is soft to the touch which made for ideal bedding in the cold night of winter. 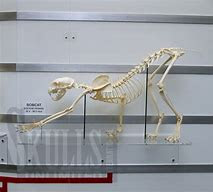 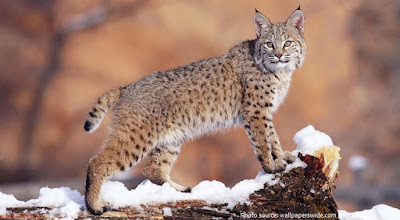 The native wolf of Pennsylvania Canis lupus was extirpated in the last century when the logging industry was in its heyday. Unlike the bobcat, which is not a gregarious animal, wolf packs roamed the remote wilderness of Pennsylvania. Early encounters with wolves are well chronicled in Pennsylvania’s early history as they were a serious menace to farm animals and were shot on sight. Native Americans however trapped them for their thick coat of fur and like the skins of bobcats, were tailored into clothing and bed covers. 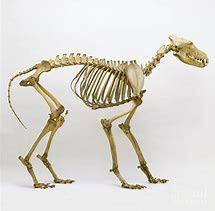 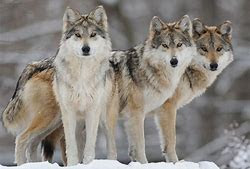 The Indian dog Canis lupus familiaris /Canis familiaris has a bond with our pet dogs of today as it has been shown genetically that all dogs are descendants of the Gray Wolf as early as the Late Pleistocene when humans were using canids for tracking and hunting game. Here in Pennsylvania and elsewhere, the common term that is used to describe these cross-bred critters is “wolfdog” Canis lupus familiaris. It is not surprising that the archaeological evidence for dogs is better represented in the bone dumps of Pennsylvania than bobcats and wolves since the bond between dogs and humans has great antiquity. 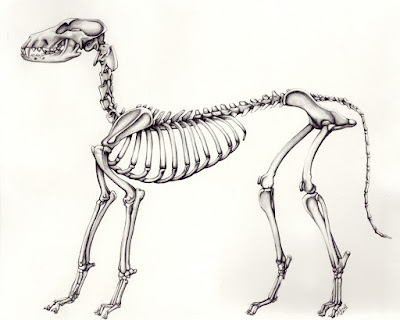 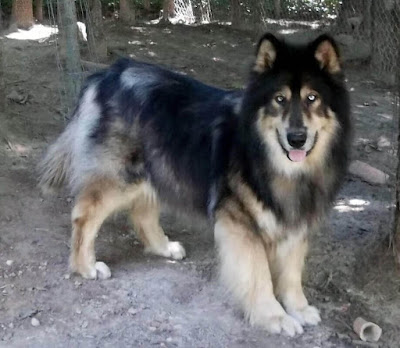 The butchered remains of bobcats, wolves and dogs that were eaten are mainly from Late Prehistoric and Contact period Native American village dump sites in the lower Upper Ohio Valley of southwestern Pennsylvania and the lower Susquehanna Valley of southeastern Pennsylvania. In the former region, these remains are associated with Monongahela habitation sites of the AD. 1000 – 1600 period that were occupied from the Forks of the Ohio to the Pennsylvania/West Virginia border south of Pittsburgh. The southeastern sites are mainly located in the Washington Boro area south of Harrisburg and the Raystown Branch of the Juniata River, now inundated by the Raystown Reservoir near Huntingdon. The Susquehannock Indians lived in these valleys from circa AD. 1500 – 1675 and they were the people who hunted, killed and consumed the animals herein described. The archaeo-faunal record for the later Susquehannock dump sites from the 1680’s to the mid-1760’s period is sparse and therefore cannot be summarized at this time.

For more information, visit PAarchaeology.state.pa.us or the Hall of Anthropology and Archaeology at The State Museum of Pennsylvania .
Posted by PA Archaeology at 11:47 AM No comments:

Tuesday, June 4th was an important anniversary.  It marked a century since the United States Congress passed the 19th Amendment which guaranteed the right for women to vote.  One remarkable woman that lived during that time was instrumental in Pennsylvania’s archaeological heritage.  Frances Dorrance would have been 41 years old at the time and had already accomplished much.  She was born in Wilkes-Barre, Pennsylvania on June 30, 1877 to a prominent family.  Her affluence allowed her to attend Wyoming Seminary graduating in 1896 and Vassar College where she graduated in 1900.  She also received a degree from the New York School of Library Science at Albany (Kent, 1975). 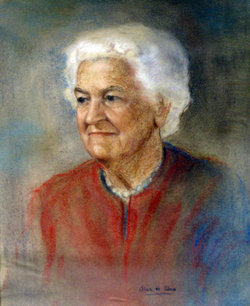 Frances worked in several libraries over the years, but it was in 1922 that she became the director of the Wyoming Historical and Geologic Society.  It was in this capacity that she became interested in archaeology.  At that time, knowledge of Pennsylvania’s prehistory was very lacking “in view of the scientific necessity of such a comprehensive study and exploration of the territory, since less is known about the Indian occupation of Pennsylvania than about that of almost any other state in the union” (Dorrance, 1927). 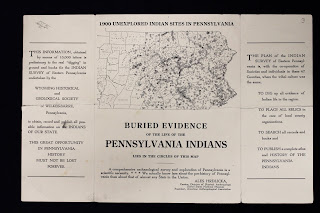 In 1924, Ms. Dorrance began a three-part plan to investigate the eastern part of Pennsylvania, including the 47 counties from the Delaware River to the Allegheny Divide.  To begin this endeavor an archaeological survey/questionnaire was developed. More than 13,000 survey questionnaires were sent to “postmasters, foresters, grange and society officers, leaders of groups of people, Boy and Girl Scout leaders, individual collectors and known experts in the region” (Dorrance, 1927).  Of the 13,000 distributed, roughly 2,000 were returned with a range of information from offers of assistance, ownership information of more than 1,200 artifact collections and the locations of trails and 1,900 sites.  A map of site locations was generated from this information.   By 1927 the Pennsylvania Historic Commission (precursor to the Pennsylvania Historic and Museum Commission (PHMC)) took over the responsibility of the Wyoming Valley Survey and included the remaining 20 counties.  This was the beginning phase of the Pennsylvania Archaeological Site Survey or PASS files. 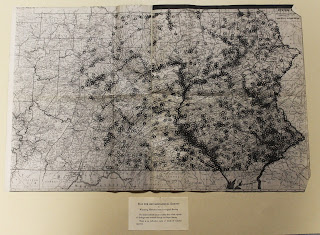 The second part of the plan was to investigate the newly identified sites.  Many professional organizations offered assistance including the Philadelphia Academy of Natural Sciences, the National Research Council, the American Museum of Natural History, and many more.

The scientific integrity of the investigations was very important. The third part of the plan was that “An administrative body is to be formed of representatives of the contributing organizations and individuals, and the actual investigations are to be made by trained workers under a Director General” (Dorrance, 1927).  This organization would become The Society for Pennsylvania Archaeology that is still going strong today.  Frances served as chairman of a committee in 1929 to organize a group of people interested in Pennsylvania’s prehistory.  Invitations were sent to about 200 people, of these 19 attended the first meeting of the Society for Pennsylvania Archaeology on May 6, 1929 at the State Library in Harrisburg.  Dr. J. Alden Mason was elected the first president and Frances was elected secretary (Mason, 1930).  A position she held until 1934 when she was elected president.

Frances was also instrumental in organizing the EasternStates Archaeological Federation (ESAF).  Knowing that the early native inhabitants did not recognize the political boundaries of state lines several state societies decided to join in this federation to share information.  She was also a member of the Pennsylvania Historical Commission from 1929-1955 (Wilkes-Barre Times Leader, 1967).  In 1952 she was named one of the Distinguished Daughters of Pennsylvania and in 1954 she was the first woman in the country to receive the Distinguished Service Citation from the American Legion. After a long and notable life, Frances Dorrance passed on January 6, 1973 (Wilkes-Barre Times Leader, 1973).


We hope you have enjoyed this profile of this important woman in Pennsylvania’s archaeological heritage and the significant contributions she made to preserving the past. Preservation of our archaeological resources is important to our heritage. Please join us in supporting the efforts of Frances Dorrance in recording and preserving our archaeological sites in Pennsylvania. To learn more about recording sites, please visit https://pahistoricpreservation.com/shpo-electronic-submissions-online-data-entry/.

For more information, visit PAarchaeology.state.pa.us or the Hall of Anthropology and Archaeology at The State Museum of Pennsylvania .
Posted by PA Archaeology at 3:53 PM No comments: