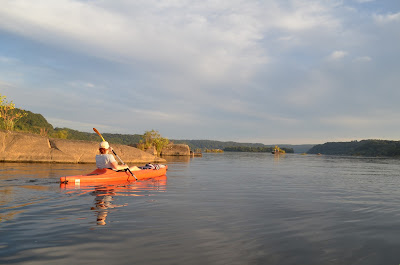 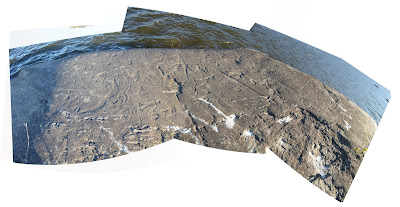 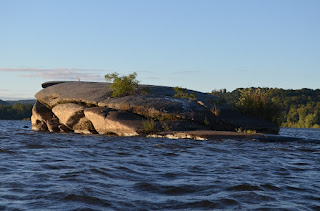 For more information, visit PAarchaeology.state.pa.us or the Hall of Anthropology and Archaeology at The State Museum of Pennsylvania .
Posted by PA Archaeology at 3:29 PM No comments:

Sharing and Preserving the Archaeological Record

The State Museum of Pennsylvania, Section of Archaeology staff are the stewards of the archaeological record for the state of Pennsylvania. As such, the staff undertake numerous tasks to preserve the artifacts and records from sites across the state that have been donated to the museum. Many of the duties performed in the Section of Archaeology have been discussed in detail throughout previous posts of this blog, but one major responsibility that each of us has is to preserve site information, catalogs and artifacts for use in future research. Researchers use the data collected from us to develop conclusions on theories or ideas and present their findings at conferences and through publications, which can then further our understanding of Pennsylvania’s rich history.

Over the past few weeks, staff members and archaeologists from across the state have been attending annual conferences and meetings. Presentations at these meetings discuss any number of topics including new artifact or site studies, more accurate or efficient methodologies and tests, and new insights on previously studied sites or collections. As was noted in our previous blog, several staff members recently attended this year’s Society for Pennsylvania Archaeology (SPA) annual meeting. Once again, this conference was a success with topics covering prehistoric population movement, numerous site analyses, ceramic and bead analyses and much more. With the SPA annual meeting now over, our sights are set on another conference, taking place right now.

The Society for American Archaeology (SAA) annual meeting began on Wednesday April 11, 2018 and is running through Sunday April 15 in Washington D.C. The SAA meeting brings together archaeologists from across the country to continue sharing knowledge and developing a more in-depth understanding of the archaeological record across the continent. After a quick glance through the extensive conference program, staff in the archaeology lab recognized a few names. As is mentioned above, one of the principal goals of the Section for preserving artifacts and documentation is to open our doors to researchers who would like to use the collections to further our understanding of the archaeological record through various forms of analysis. Two of our more recent researchers, Lucy Harrington and Amy Fox, who spent long hours performing such research will be presenting at the SAA meeting. These young women are finalizing their projects and will be sharing the results with the archaeological community. 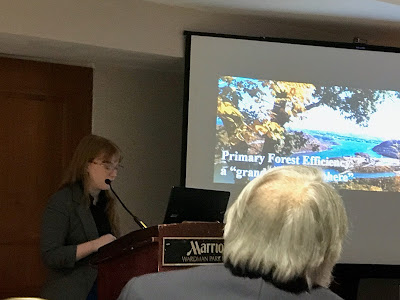 Amy Fox presenting her research at the SAAs 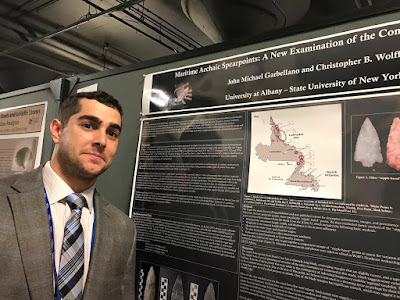 Researchers like Lucy and Amy are some of the most common type of researchers we have at the Section of Archaeology, college students working on advanced degrees. Lucy and Amy both analyzed different types of projectile points in order to determine various aspects of their use. Both young women built upon older methods, using different types of measurements and/or three-dimensional imaging to analyze the projectile point attributes. Other recent student researchers examined animal bone assemblages from different archaeological sites to understand the use of different animal species in a culture and how domestic animals were transported across the landscape. We have benefitted from an array of research subjects from very specific topics, looking at one attribute of one type of artifact to more broad scope topics, such as comparing assemblages between sites. 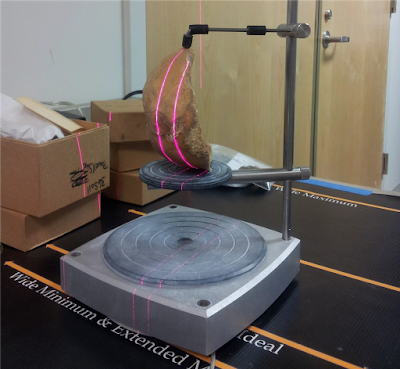 Other researchers frequently using the collections at the State Museum are professionals, who prepare papers, do background research for other projects or continue long-term projects. One such example is, Dr. Bernard Means a Virginia Commonwealth University professor who has a close working relationship with the Section of Archaeology. He has been working with us to 3-D scan various types of artifacts for his Virtual Curation Laboratory. With the data he has collected from our collections Dr. Means has been able to provide us with 3-D printed examples of some of these artifacts, which we use for outreach programs. Dr. Means will also be seen sharing information on his work at the SAA meeting this week. Finally, research is also performed in house. The Section of Archaeology staff are often found doing further research on various subjects for presentations and other public outreach programs. This and last year several staff members presented on various projects at the annual SPA meeting and two staff members are participating in the currently ongoing SAA meeting.

Protecting and preserving Pennsylvania’s archaeological collections is what the staff of the State Museum of Pennsylvania, Section of Archaeology do on a daily basis, but in order to increase the knowledge about Pennsylvania’s past we encourage researchers to take an interest, perform research, develop ideas and share them with the world. It is through research and sharing that we learn and develop a better understanding of the archaeological record. By doing this we can truly Save the Past for the Future.

If you are interested in researching a specific type of artifact or site we encourage anyone with a scholarly research project to submit a research request for access to the collections. For additional information or to make a request, please contact Janet Johnson at janjohnson@pa.gov, or Kurt Carr at kcarr@pa.gov.

For more information, visit PAarchaeology.state.pa.us or the Hall of Anthropology and Archaeology at The State Museum of Pennsylvania .
Posted by PA Archaeology at 2:22 PM No comments: