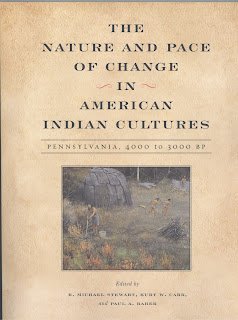 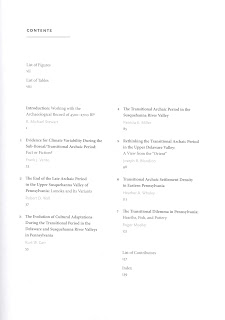 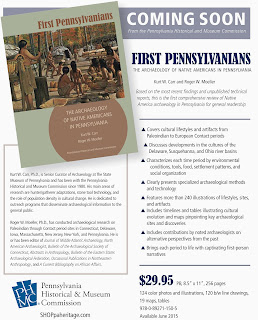 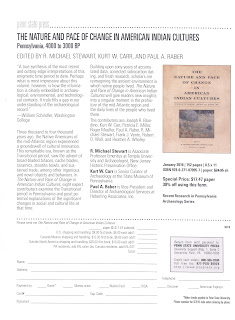 For more information, visit PAarchaeology.state.pa.us or the Hall of Anthropology and Archaeology at The State Museum of Pennsylvania .
Posted by PA Archaeology at 3:58 PM No comments:

This year commemorates 100 years of the annual Pennsylvania Farm Show. According to the Farm Show web site it is the “largest indoor agricultural exposition in the nation, with nearly 6,000 animals, 10,000 competitive exhibits and 300 commercial exhibits.”  Of course, the Section of Archaeology at The State Museum of Pennsylvania is one of those exhibits, complete with an authentic replica of a 20 foot dugout canoe. Our exhibit features the origins of farming and is entitled Foragers to Farmers, the development of Agriculture in Pennsylvania. 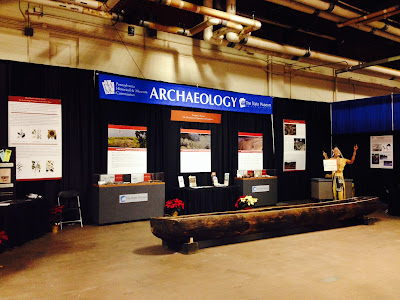 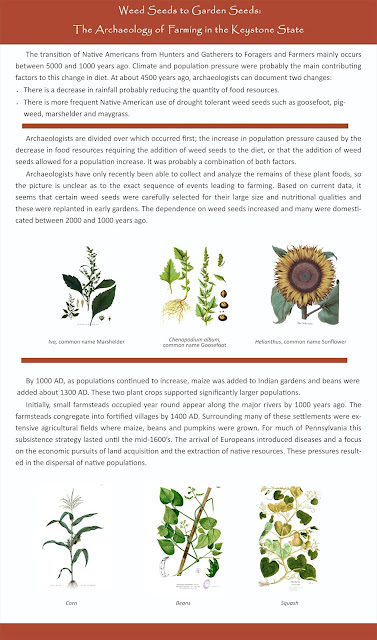 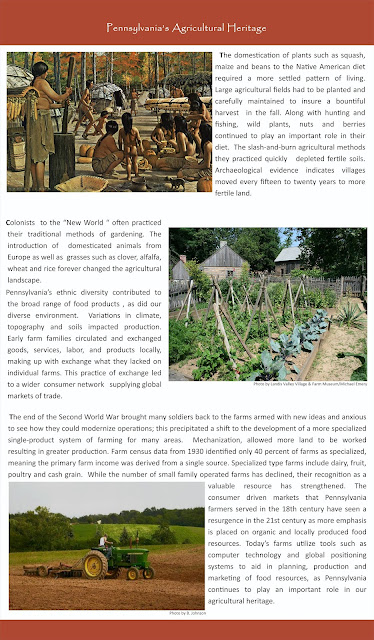 Farming is more labor intensive than hunting and gathering and there is a debate in archaeology as to why early Indian populations in Pennsylvania gradually began focusing on seed plants such as goosefoot, lambs quarter and maygrass for food; eventually growing these plants in gardens and finally adding maize to their diet. The dependence on maize in the diet by about A.D. 1200 corresponded to the development of large villages and significant changes in social organization.  During the 1700s, European farms began to dominate the region and farming change to include livestock and grains. By the late 19th and early 20th century, farming became more mechanized and fed huge numbers of people. The artifacts on display document this change over the past 5000 years.

An addition to this year’s exhibit is a stone mortar and pestle which are being used to demonstrate corn grinding.  Corn quickly becomes a food staple after A.D. 1200 spurring dramatic social changes.  Small egalitarian groups of people grew tribal societies. 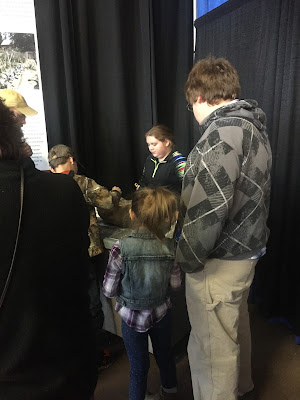 This is an excellent opportunity for us to connect with the community.  We talk to an average of 40-50,000 visitors each year at the Farm Show and are able to share our knowledge with interested citizens of the Commonwealth.  One of our goals in reaching out to the community is to share the significance of archaeology and the importance of recording archaeological sites.  The Pennsylvania Historical and Museum Commission is the State Agency for preserving our historical and archaeological heritage.  The State Historic Preservation Office (SHIPO) records and maintains the files to all known sites across the commonwealth.  This database of information enables state agencies such as PENNDOT to plan for highway projects that will have the least amount of impact on archaeological resources.  Archaeology is an expensive undertaking and avoiding those sites reduces the expense of building a road or bridge.
As a result of our interactions this year, we received information on the discovery of a Paleoindian projectile point from Berks County and another individual shared a grooved axe with our archaeologists.  Both of these individuals were able to provide site discovery location which is crucial to our understanding of past human behavior and settlement patterns. We hope you will continue to share these finds with our staff either at the Farm Show or at our offices in the museum. 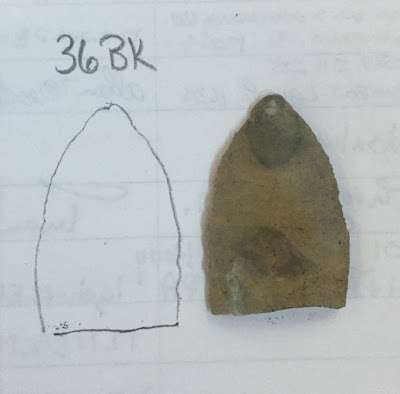 The Society for Pennsylvania Archaeology (SPA) is also participating in our exhibit as they have in past years.  Representatives are on hand to answer questions about the Society and membership which includes the biannual journal, Pennsylvania Archaeologist, newsletters and meeting announcements.  As an additional benefit of joining at the Farm Show you will receive three past issues of the SPA journal. 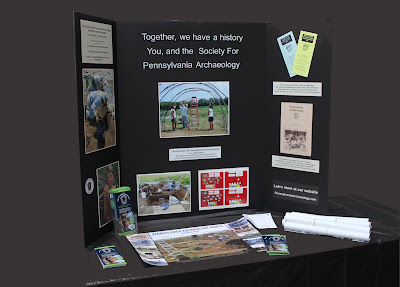 As you may have noticed, our location has changed from past years.  Although still in the Main exhibit hall we are no longer near the entrance to the Small Arena but next to the Maclay Street Lobby across from the carousal.  Many people have commented on the change as an improvement so hopefully you will all be able to find us. The Farm Show runs through 5:00 p.m. Saturday, January 16th.  So there is still plenty of time for your annual “ride” in the dugout. 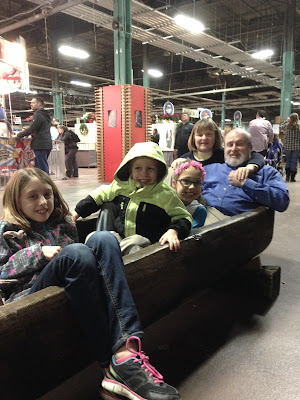 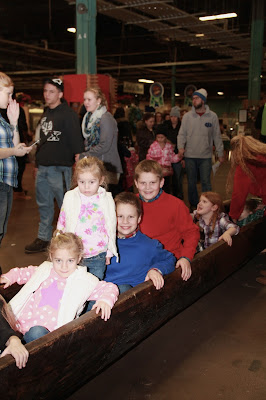 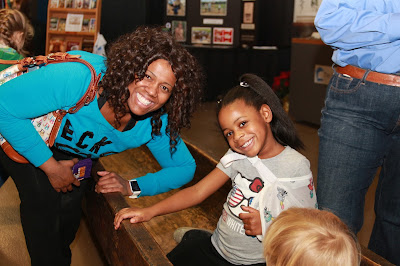 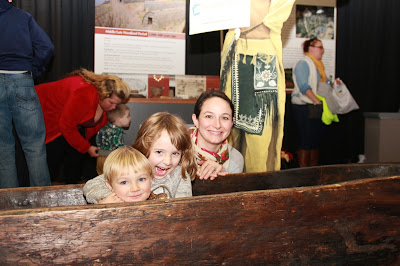 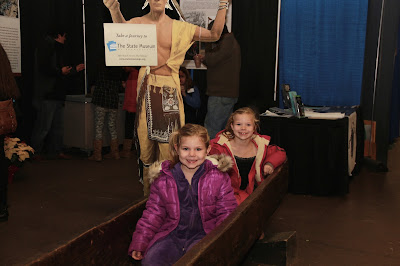 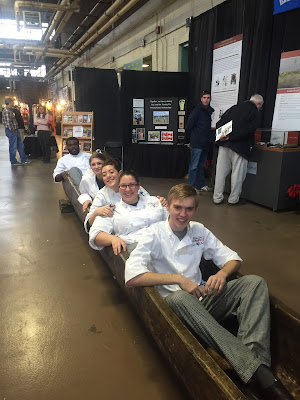 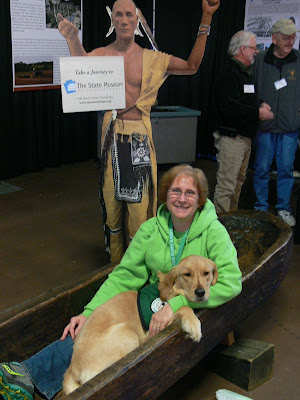 For more information, visit PAarchaeology.state.pa.us or the Hall of Anthropology and Archaeology at The State Museum of Pennsylvania .
Posted by PA Archaeology at 3:54 PM No comments: