This week marks a major milestone for TWIPA – it has been a full 10 years since we began blogging about all things archaeology in Pennsylvania. After nearly 400 posts covering all manner of archaeological interests, it can be difficult to keep the creative inspiration flowing, and we feel like this is quite an accomplishment.

We’ve shared with our readers a comprehensive overview of the archaeology of each of Pennsylvania’s 67 counties, and posted about topics for literally (and yes, we mean literally) every letter of the alphabet.

We’ve highlighted Cultural Resource Management projects that have been curated at the State Museum of Pennsylvania, as well as several artifact collections generously donated to the museum from a number of avid avocational archaeologists.

Some posts focused on the meat and potatoes of prehistoric projectile point and ceramic typologies, and still others have drawn attention to more recent, yet out of the ordinary archaeological finds, like a “Frozen Charlotte”, a mechanical toy beetle, and an 1852 U.S. three cent silver coin.

We’ve also kept our readers abreast of the happenings at regional archaeological conferences such as MAAC, ESAF, SPA, and of course the annual Workshops in Archaeology. Local high school classes conducting their own simulated archaeological excavations, or mock digs, have been showcased on TWIPA as well.

Posts about public outreach efforts undertaken by the Section of Archaeology such as our participation in the Kipona Native American Pow-wow and the Pennsylvania Farm Show appear like clockwork, year in and year out, like the changing of the seasons, as do detailed updates every Fall about our excavations at Fort Hunter.

Some posts are longer than others, some more data driven than others. Some rely on figures and photos more so than dense text. Once cobbled together, composed and formatted, the one thing they all have in common is the desire to share this information with you, our readers. You are the reason we put our fingers to the keyboard, and we hope you’ve found our posts interesting and enjoyable.

So, with all due respect to David Letterman and his famous “Top 10” lists, below you will find our 10 most viewed posts since we began way back in February 2009.

Take a moment and reflect on how your own life, indeed the world, has changed in the last 10 years, and what it might possibly look like in another 10.  What artifacts will future archaeologists unearth that will be unmistakable hallmarks of the second decade of the 21st century?

Be sure to check back in two weeks when we'll debut a new look to our blog page!

For more information, visit PAarchaeology.state.pa.us or the Hall of Anthropology and Archaeology at The State Museum of Pennsylvania .
Posted by PA Archaeology at 2:55 PM No comments: 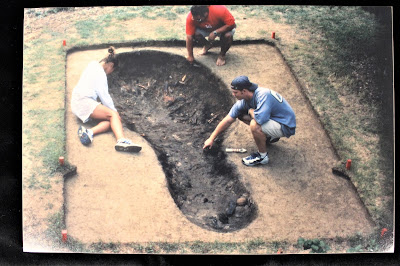 Excavation and recovery of the burned keyhole structure.

A curious archaeological feature of the Upper Ohio and the Susquehanna Valley of Pennsylvania is the semi-subterranean free-standing keyhole structure (Smith 1976). Its general two - dimensional shape can be easily compared to the keyhole of a door lock (Figure 1). Attributed to the Late Woodland Period (circa AD. 1000 – 1550) the keyhole structure has three principal parts: the body and rock filled pit connected by a trench that is usually an upward ramped tunnel that extends to the main body (Figure 2).  One or more rows of postmolds line the outer-most edge of keyholes the exception being  the opening around the rock filled pit that remained open for entry and exit purposes. Although the above ground three - dimensional aspect of this feature type no longer exists due to the ravages of time and the elements of nature, certain clues survive in the archaeological record that provide us with a glimpse of their architecture and probable function. 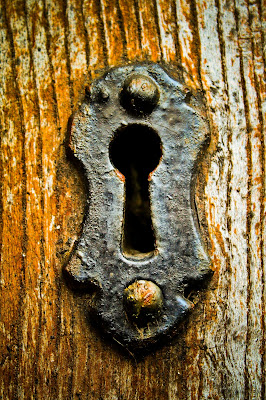 Figure 1.  Comparative shapes of a keyhole feature and the keyhole of a door lock. 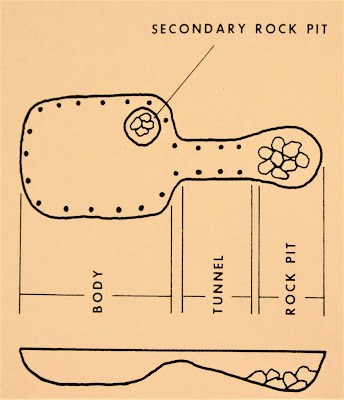 The floor of the body is often covered with carbonized material consisting of a flattened layer of charred grass thatch overlain by burned sections of saplings that connect with the post-lined pattern of postmolds encircling the wall of the body. Occasionally these are cross - configured suggesting that the saplings were inserted into the ground, then bent inward to form an arbor or igloo - like superstructure over the body and ramp. Slabbed charred bark overlying the thatch and saplings present inside many of the keyhole structures indicate that an outer layer of bark was installed to insure a weather tight shell from wind, rain and snow. Some examples show the presence of a relict drainage trench around the inside edge of the body (Figure 3). 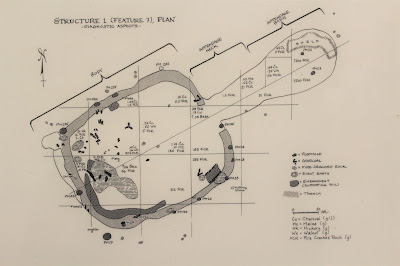 The analysis of more than seventy Late Woodland keyhole structures from the Unglaciated Plateau of northcentral Pennsylvania (Herbstritt 1995) has yielded clues as to their function.  The long axis of these structures is oriented along a northwest, west and southwest line that is also the direction of the prevailing winds in this region. The insulated walls serve as a protective barrier against these winds. A curious modification of the free-standing keyhole structure is the keyhole compound presently known only from those in the Unglaciated Plateau. The architectural design of this unique type of keyhole feature is its incorporation of up to five keyholes joined to a common rock pit (Figure 4). 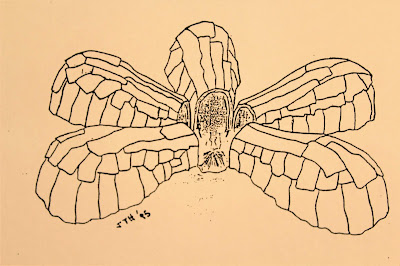 Fire altered rocks found in one or more areas of the keyhole structure is another clue to their possible function as a sweat lodge. Smith (1976) notes that rocks were commonly piled inside the main body, set to one side near the wall making for easy access to and from the semi-subterranean pit. The excavation of other keyhole structures in the West Branch of the Susquehanna Valley contained abundant fire altered rock scattered along the ramp joining the main body. These rocks always show evidence of reddening on their fractured surfaces. Based on the contents of the keyhole structure identified at the Fisher Farm site (36Ce35) in Centre county, Hatch and Daugirda (1980) postulated that the feature functioned as a smoke house for the curing of food stuffs. 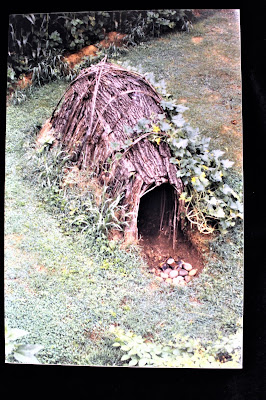 Results of experimental research (Figure 5) on the, burning (Figure 6) and excavation of a reconstructed  keyhole structure (see top), suggests that such features were used as a food storage facilities (Herbstritt 1995). The interior temperature of the structure could have been controlled over extended periods of time during warmer conditions. Information from the experimental work and follow-up excavation of the reconstructed keyhole demonstrated that the archaeological evidence alone could not provide the necessary information revealed through the experimental reconstruction. All said, given the present state of knowledge it may be assumed that semi-subterranean keyhole structures were likely multi-functional as their uses probably varied over the course of the year from sweat lodges to smokeries to food storage structures. 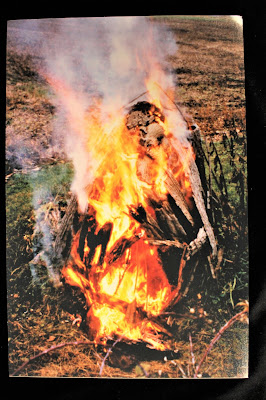 Figure 6. Burning of the keyhole structure.

We hope that you have enjoyed this brief presentation on keyholes from the archaeological and experimental perspectives. Learning from the past through archaeological investigations or experimental archaeology is important to understanding and appreciating our cultural heritage. Please help us to preserve the past by collecting responsibly and respecting our preservation laws.  Do join us next time when we will again bring you yet another fascinating topic on This Week in Pennsylvania Archaeology.

Herbstritt, James T.
1995       Reliving Prehistory: The Experimental Archaeology of a Keyhole Structure. Paper presented at the 66th Annual Meeting of the Society for Pennsylvania, Inc. Morgantown.

For more information, visit PAarchaeology.state.pa.us or the Hall of Anthropology and Archaeology at The State Museum of Pennsylvania .
Posted by PA Archaeology at 12:13 PM No comments: