Recording your sites and donation collections

Artifact collecting is a favorite activity of many people in Pennsylvania and one that has been taking place for over a hundred years. Evidence of early collecting can be seen in the large assemblages of Civil War artifacts collected immediately following the retreat of troops from the Gettysburg Battlefield and in the cases of projectile points recovered from cornfields along the Susquehanna River in the early 1900s.  These collections often represent the remains of previously unknown sites that could provide important information to the history and prehistory of Pennsylvania. 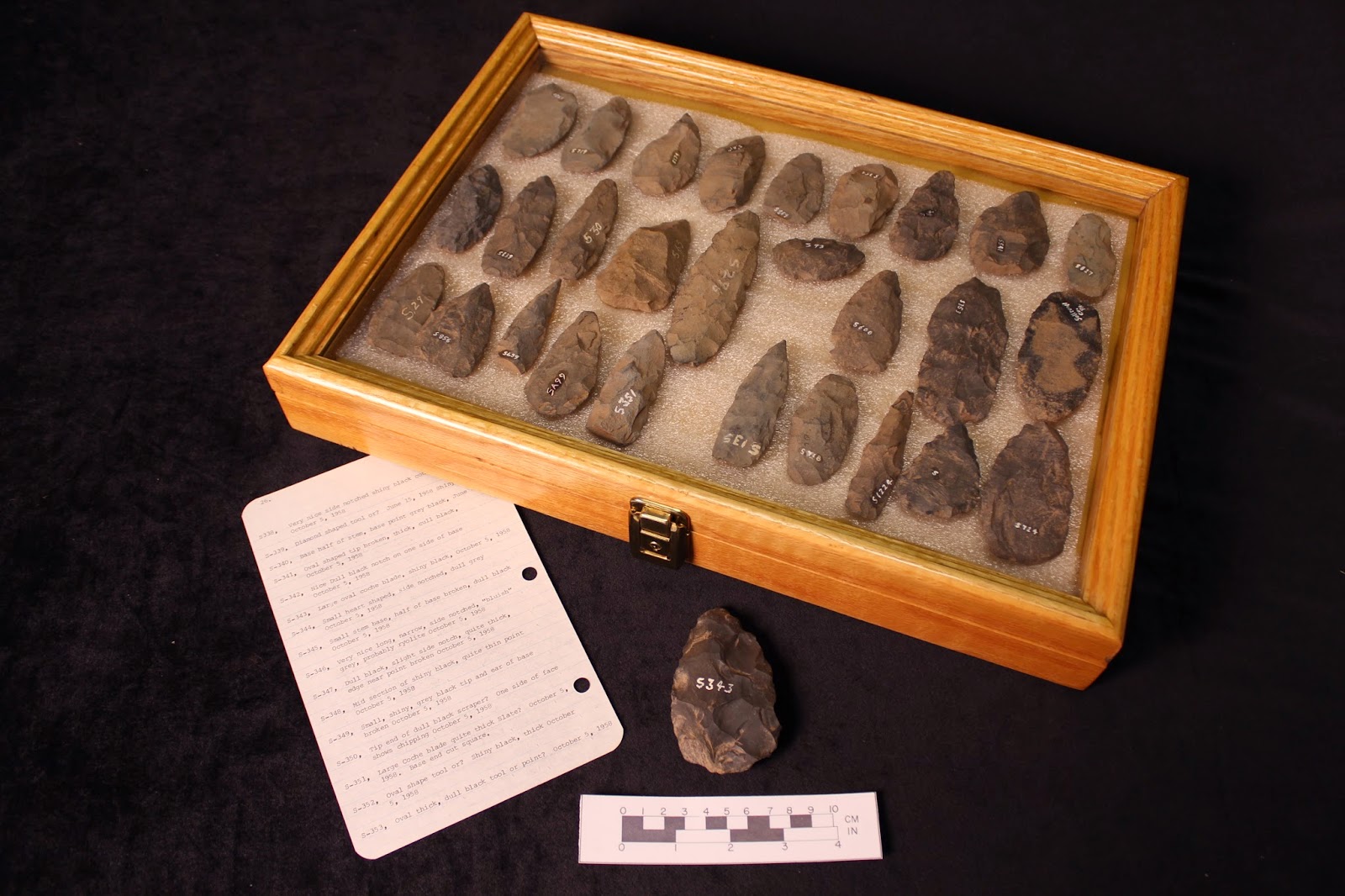 Case of artifacts from the Exley Collection (Photo Credit: The State Museum of Pennsylvania, Section of Archaeology)

Collecting artifacts and digging sites are activities that are destructive by nature and are often undertaken by those who are not trained as professional archaeologists. In this way, important information on these sites is lost forever.  Museums and professional archaeologists often rely on the collections and observations of avocational archaeologists to help with the understanding of local and regional settlement patterns. It is important to keep documentation on your site if you feel you must collect or dig on it.  Remember that the more information you can provide on specifics of site location and types of artifacts recovered, the greater our knowledge will be of how and why human settlements changed over time.  This is especially important for sites in areas that may be destroyed by development or natural disasters. 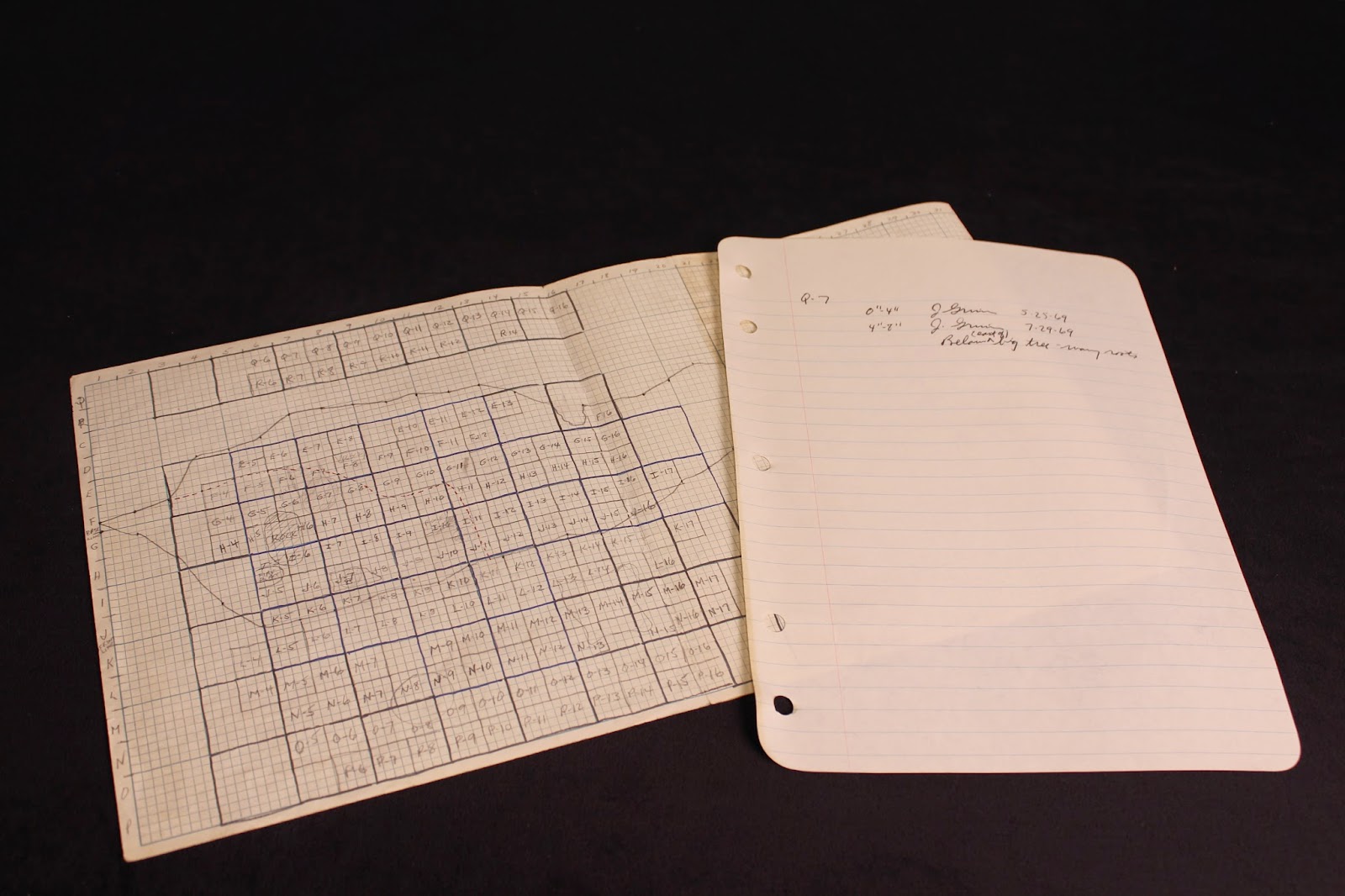 Field notes and photos document a rockshelter site from the Jacob Grimm Collection (Photo Credit: The State Museum of Pennsylvania, Section of Archaeology)

An easy way for you to assist the professionals is to record your site promptly by completing a Pennsylvania Archaeological Site Survey (PASS) form.  Provide as much information as you can on the PASS form and the site will be given a trinomial designation and added to the compiled spatial data for the state. This information is used by qualified professional archaeologists but is kept confidential from the general public so that sites are not destroyed. 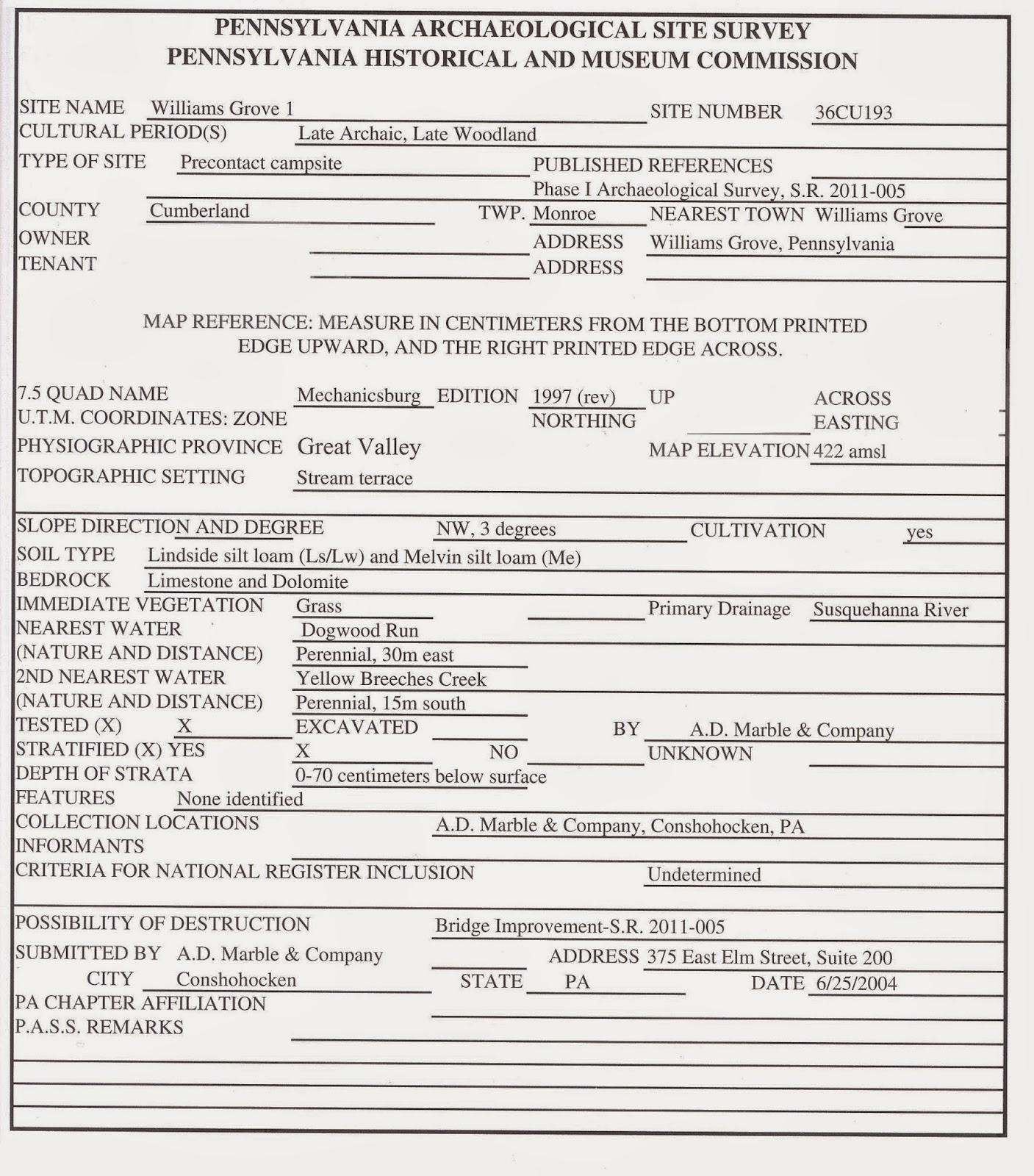 Example of a PASS form (Photo Credit: The State Museum of Pennsylvania, Section of Archaeology)

Cataloging the artifacts recovered from sites and recording their location is also an important part of the process. Designate a letter or number code to place on each artifact and key it to a list describing the type of artifact, material, and age if possible. Even if you are not sure how to identify your artifact properly, keying your finds to a map will allow researchers to determine spatial patterning at the site. 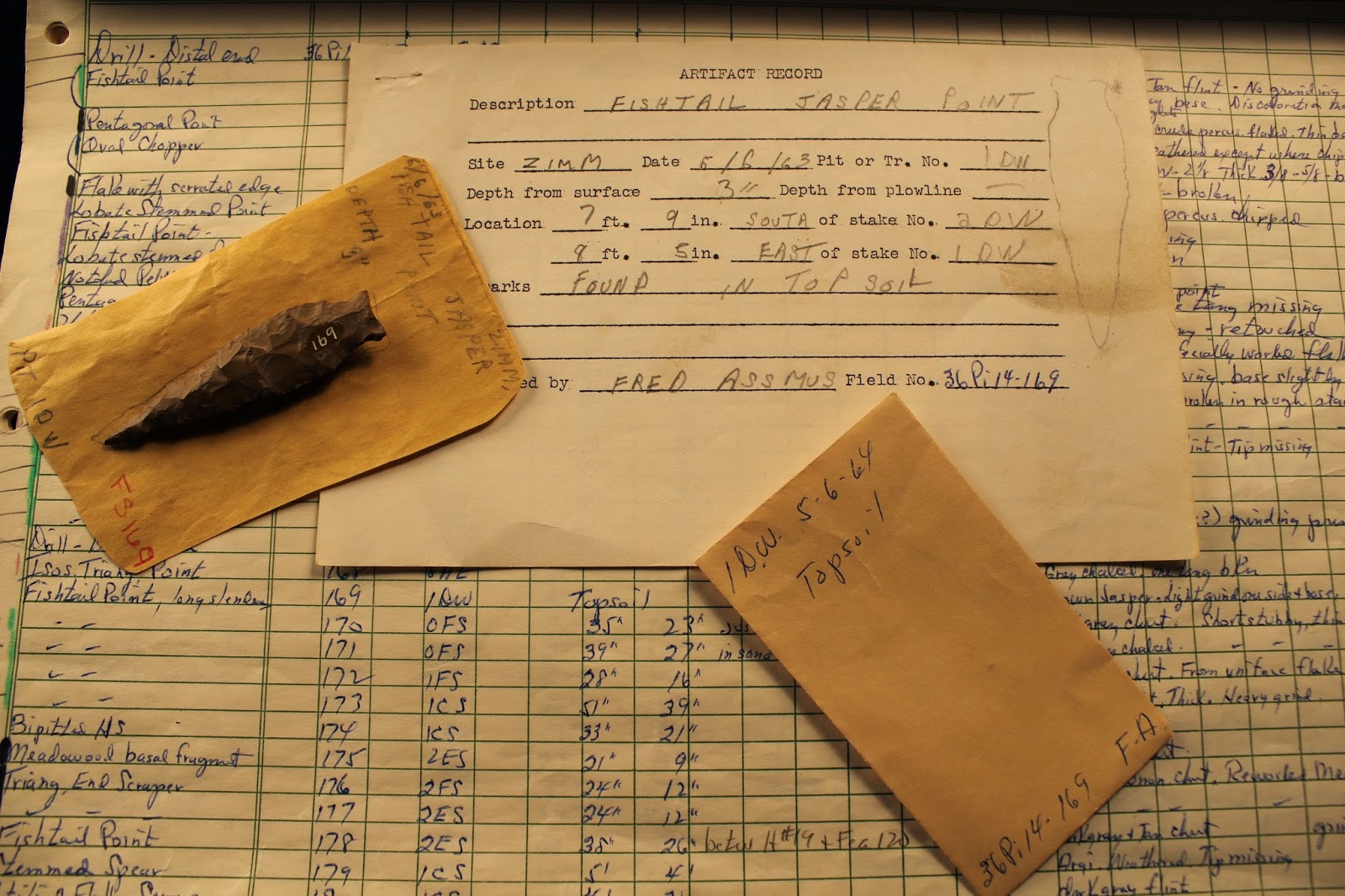 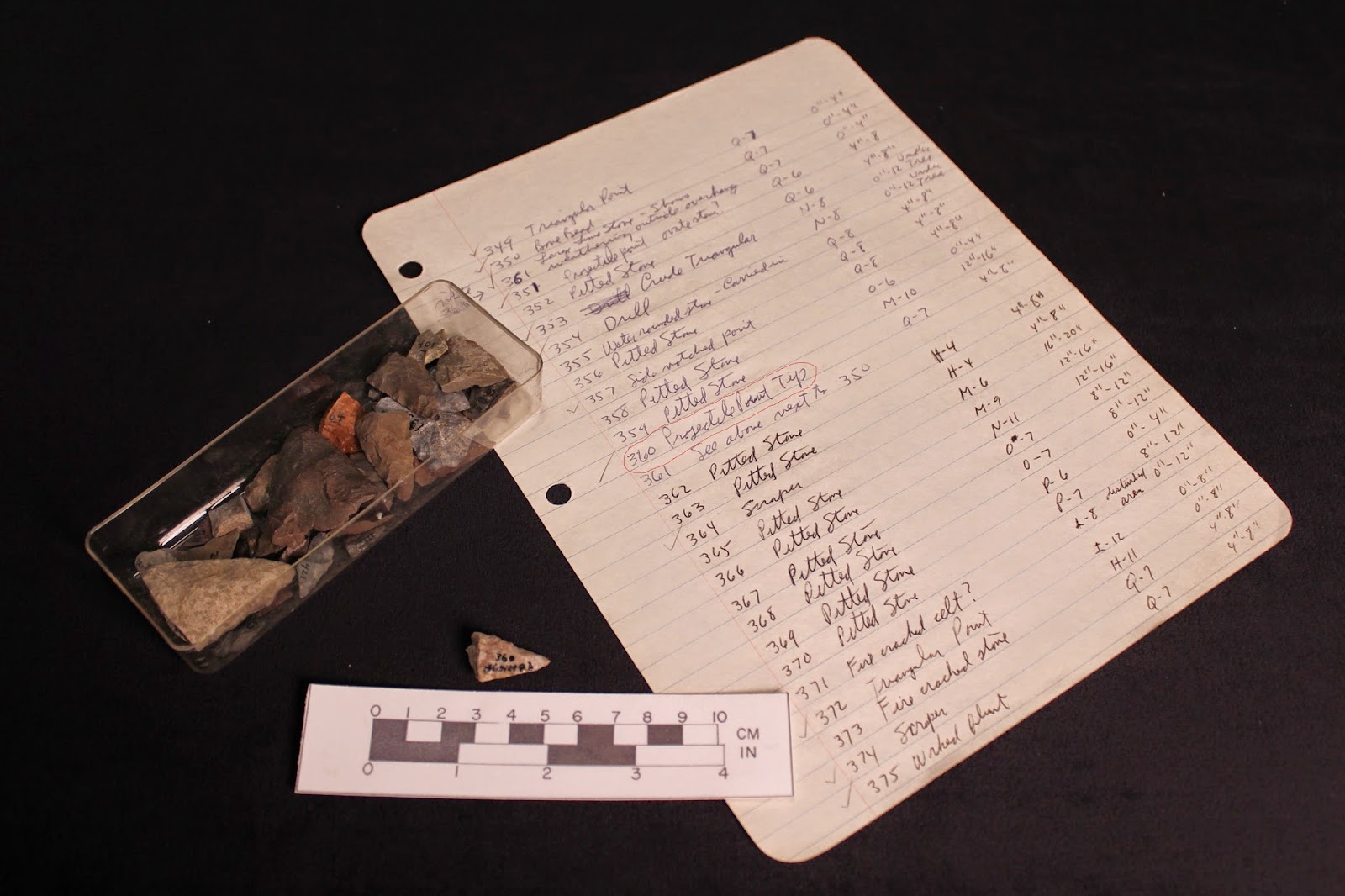 So, what happens if you decide you no longer want your collection or that you would rather share it for the research potential it may represent? Many people choose to donate their collections to the State Museum, providing significant research opportunities to future generations. Donations may be as large as several thousand artifacts or as small as one unique item, such as the unusual hafted maul recovered in the City of Harrisburg. 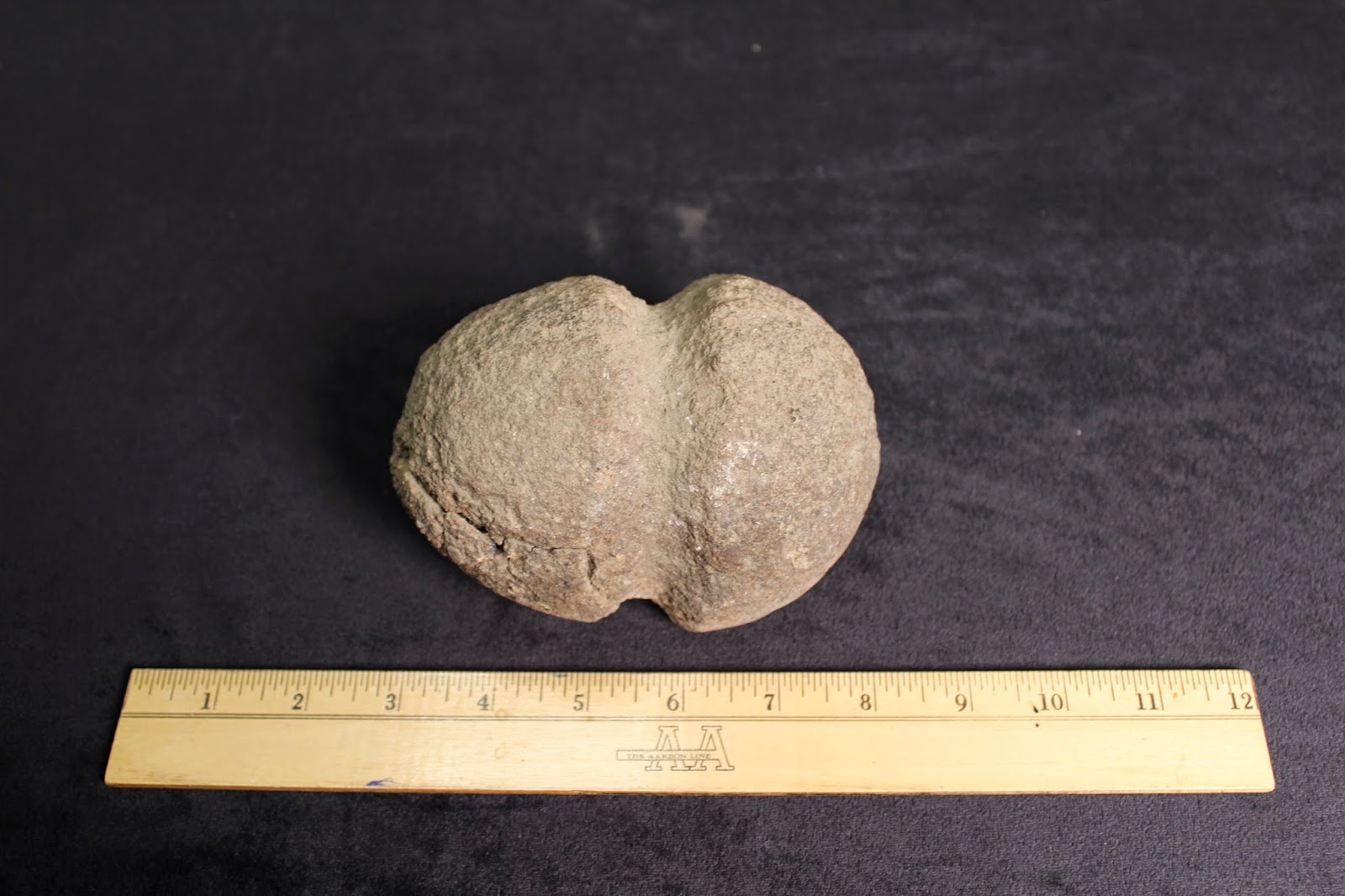 Hafted maul from the Finley Collection (Photo Credit: The State Museum of Pennsylvania, Section of Archaeology)

A collection is not only the artifacts you’ve collected, but also the documentation. Documentation includes notes, maps, and catalogs as well as photos of the field work and the artifacts if you have them. A signed Deed-of-Gift form indicating your intentions of donating a collection to the museum must accompany the artifacts.

A new exhibit in the Archaeology Gallery on the second floor of the State Museum will showcase much of the information included in this blog. Please stop in soon to see it! More information on recording sites, cataloging artifacts, and donating collections can be found at http://www.portal.state.pa.us/portal/server.pt/community/recording_resources/3683.

For more information, visit PAarchaeology.state.pa.us or the Hall of Anthropology and Archaeology at The State Museum of Pennsylvania .
Posted by PA Archaeology at 2:54 PM No comments:

Q is for Quartz 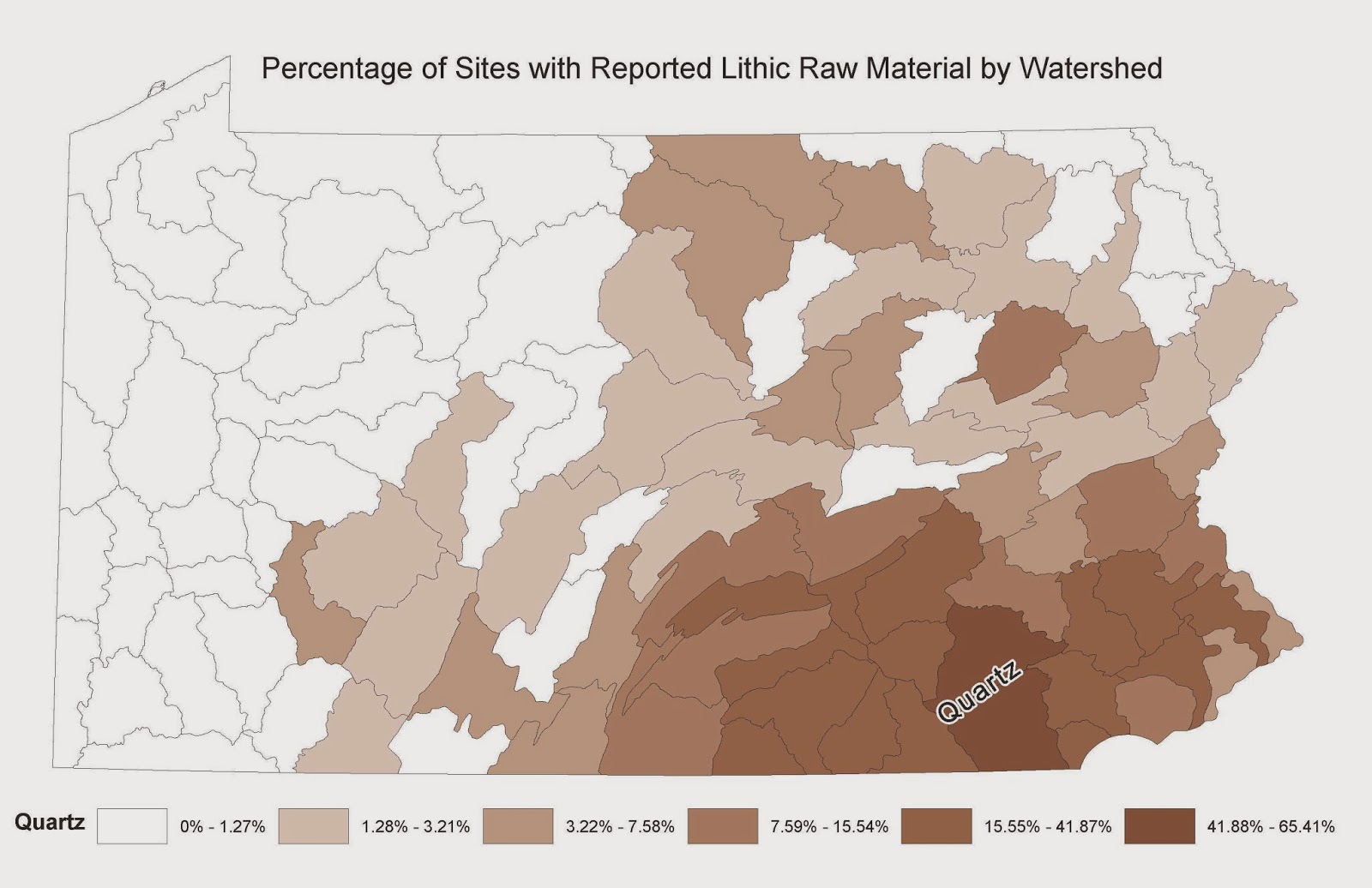 Map showing the distribution of sites with quartz artifacts by watershed

Silicate minerals make up approximately 90% of the debris in the earth’s 40 plus kilometer thick mantle which includes granite, basalt, schist and sandstone. In fact, the mineral quartz is one of the most prolific lithic materials then available to prehistoric people for making stone tools. For this discussion, the range of quartz, based largely on diaphanous differences, include crystal, semi-translucent and opaque or milky, depending on the visual clarity of the specimen. The chemical composition of quartz (SiO2) is found in other stone tool materials such as jasper, chert, quartzite and chalcedony.  Taken collectively, quartz and its constituent products was a principal material used to make projectile points and other cutting tools prior to the advent and development of metallurgy. The delicate conchoidal fracture pattern on some artifacts made from milky quartz can be difficult to trace -  ask any lithic analyst who has worked with the stuff. 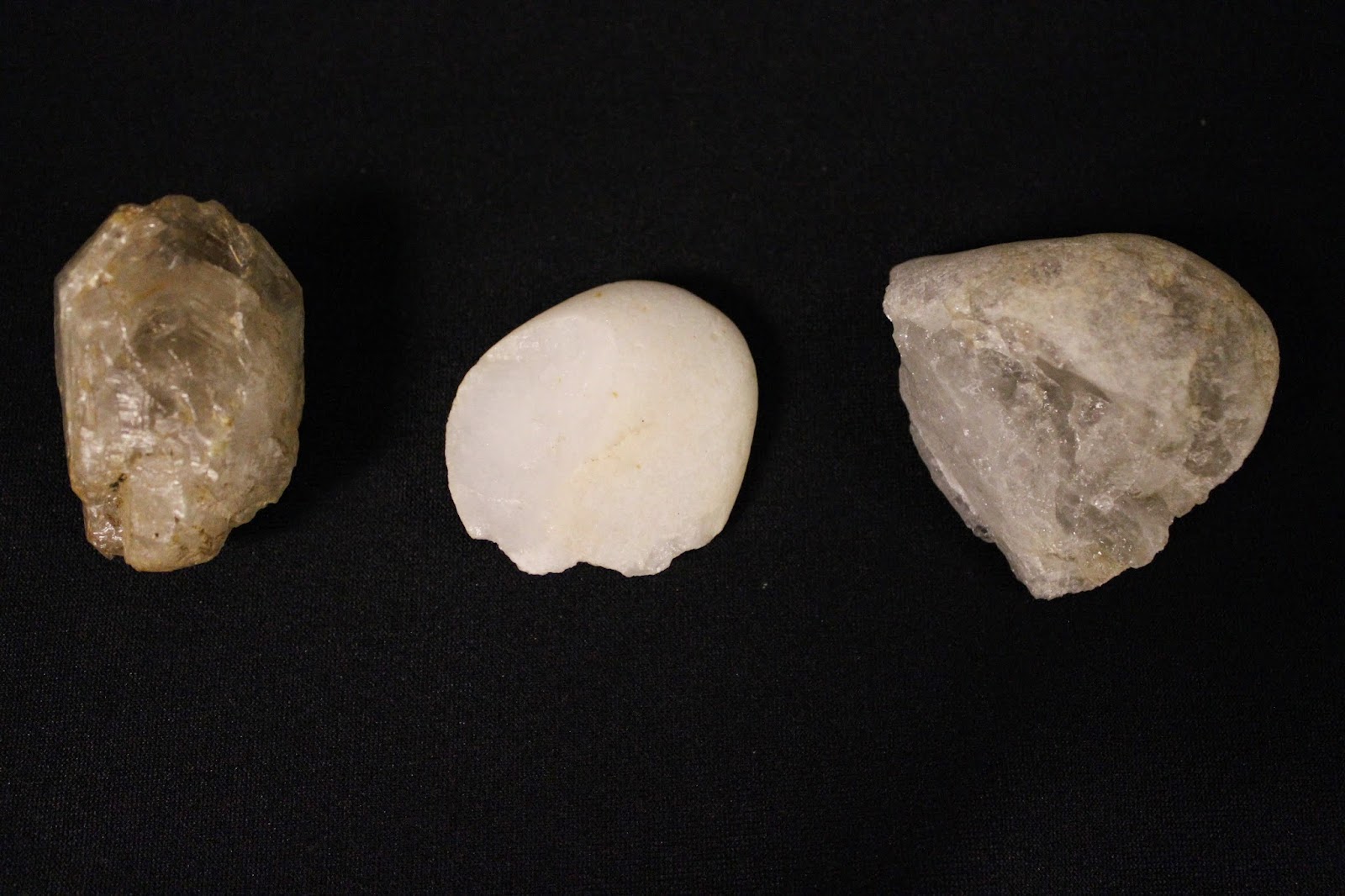 Here in Pennsylvania, quartz was collected prehistorically from stream bottoms, floodplains, hillsides and other locations; wherever erosion managed to release the material from its bedrock source. Some sites were massive workshops. On such sites the land surface is littered with broken cobbles, cores and the telltale flaked debris from humans reducing quartz material to manageable size for transport elsewhere. Other sites consist only of a thin scatter of flakes and perhaps, one or two projectile points suggesting only a brief visit to the spot to hunt, re-sharpen tools or just as a place for the traveler to rest before moving on to the next camp.

Quartz was used throughout the prehistoric cultural continuum, however, the lithic material was seemingly more popular during the Late Archaic, Middle and Late Woodland periods which may have been based on availability rather than cultural preference for quartz as weapons grade material. It is also likely that quartz was the preferred lithic type used for tool production when knapping points for certain tasks such as skinning and butchering animals because of its structurally close grained hardness where, in fact, other lithic materials might have failed.

The following photos of projectile points and other quartz tool forms from the State Museum and private collections are provided for the reader’s benefit. These artifacts are from surface collected sites in the Susquehanna and Delaware drainages of southeastern Pennsylvania. 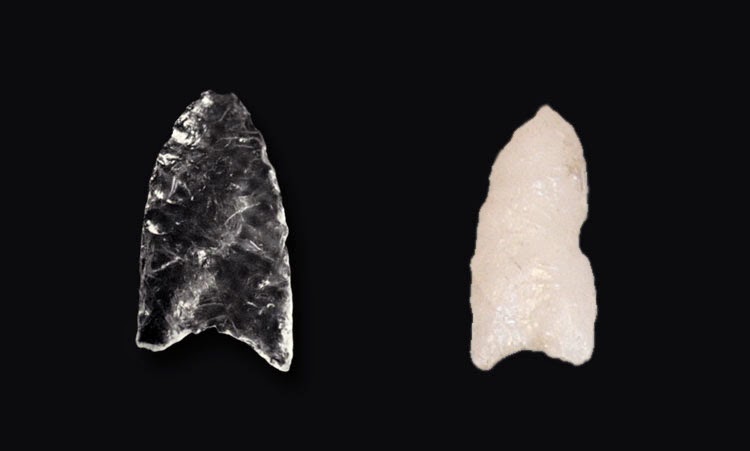 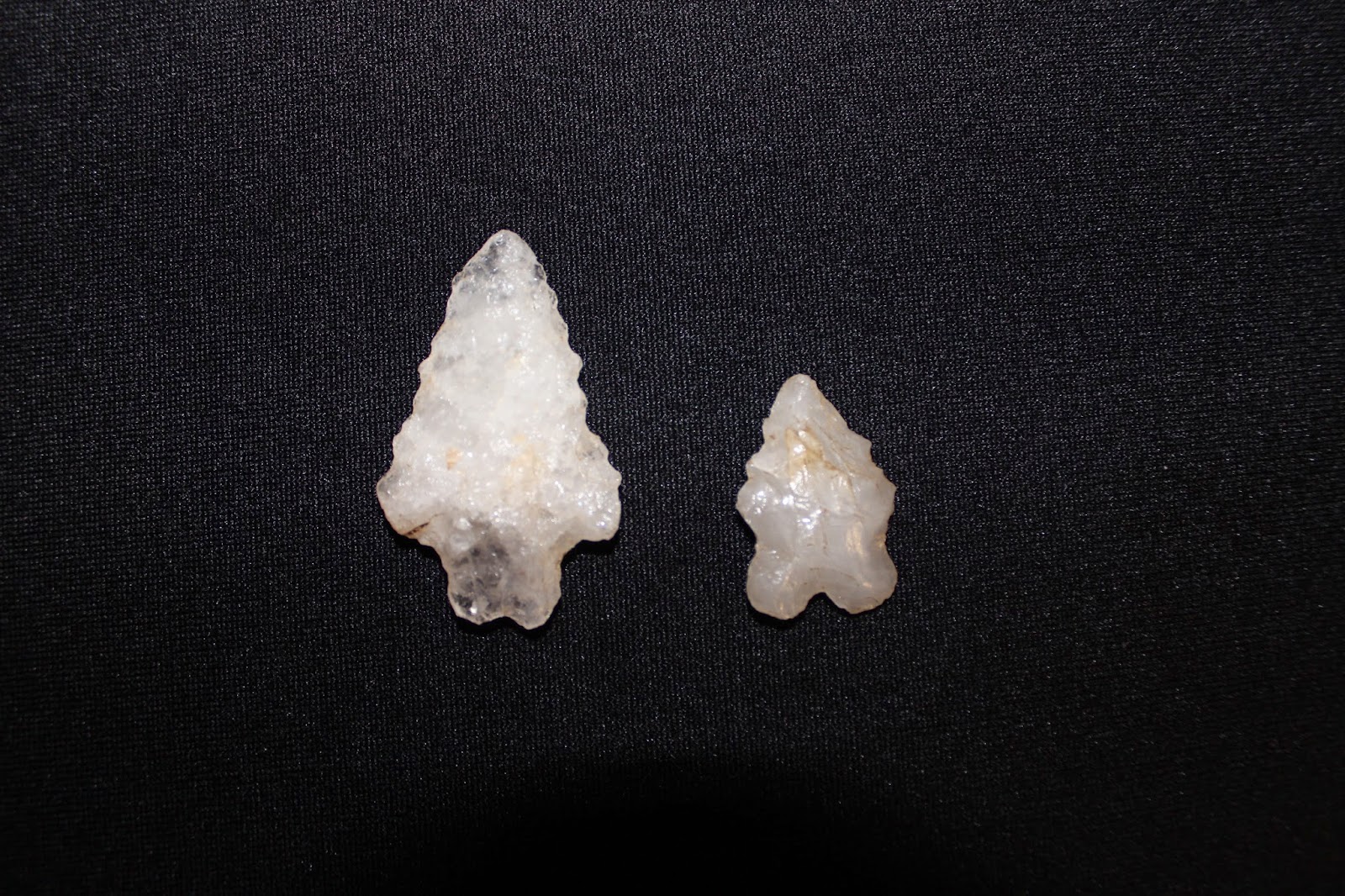 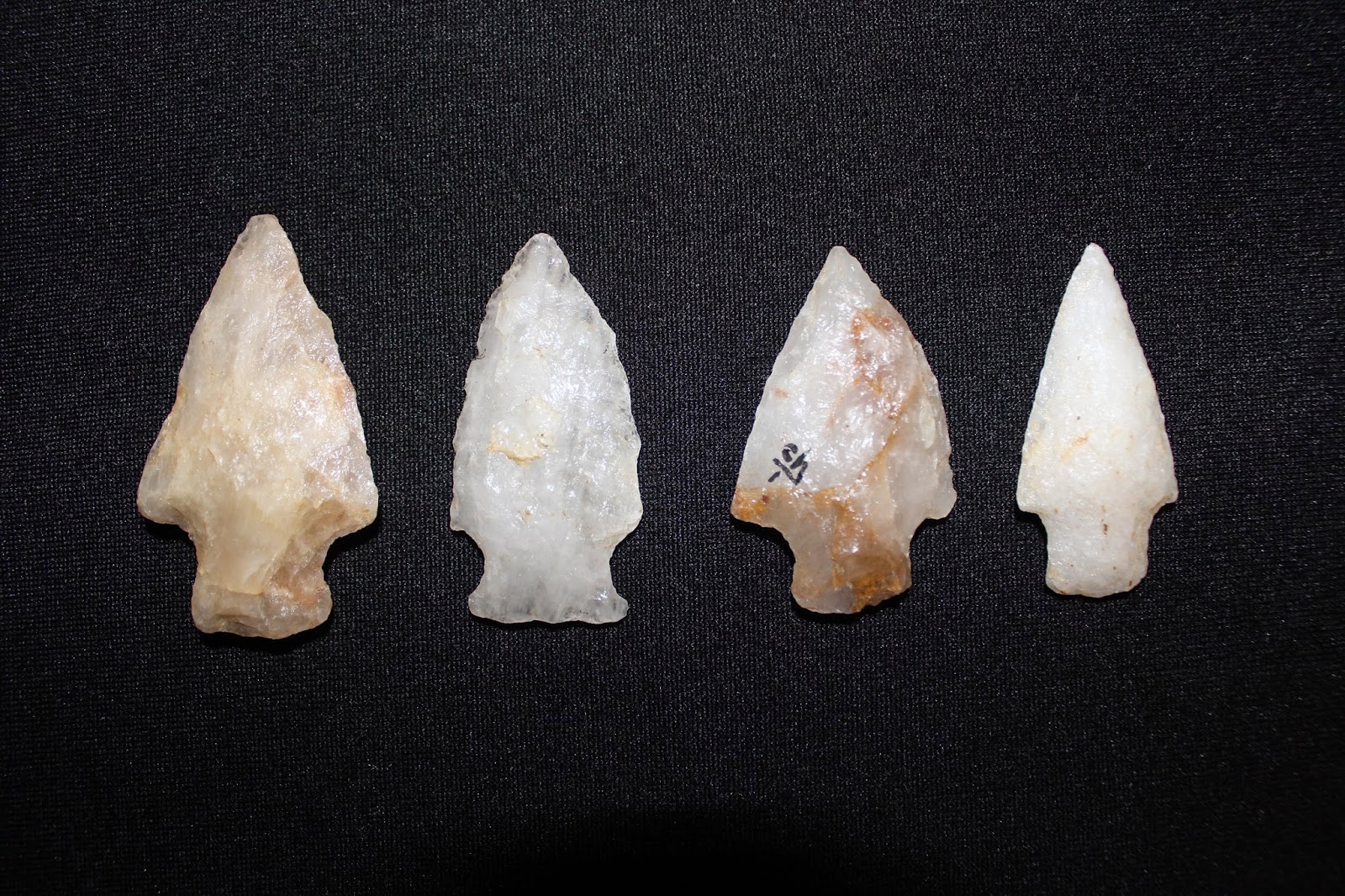 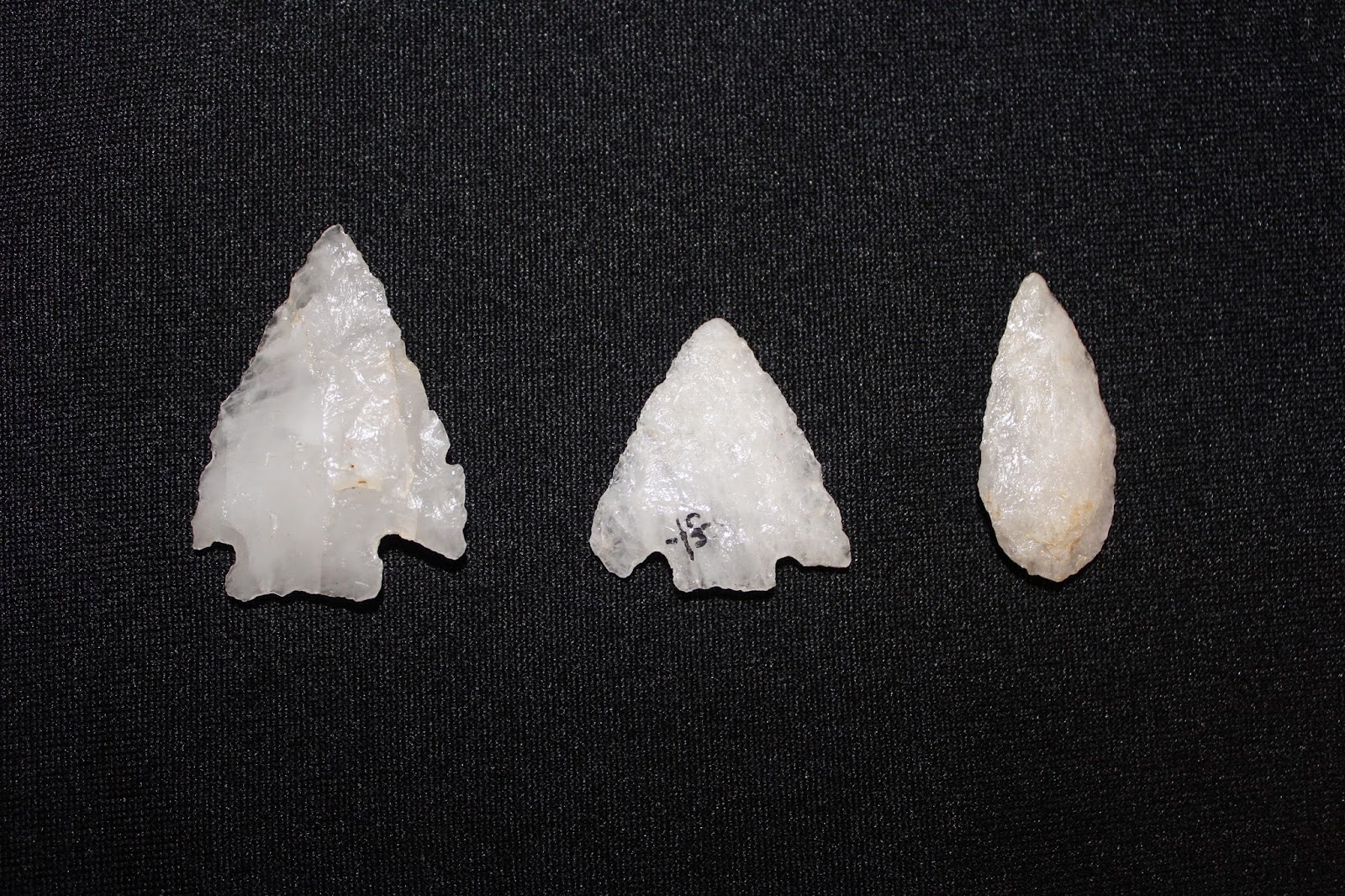 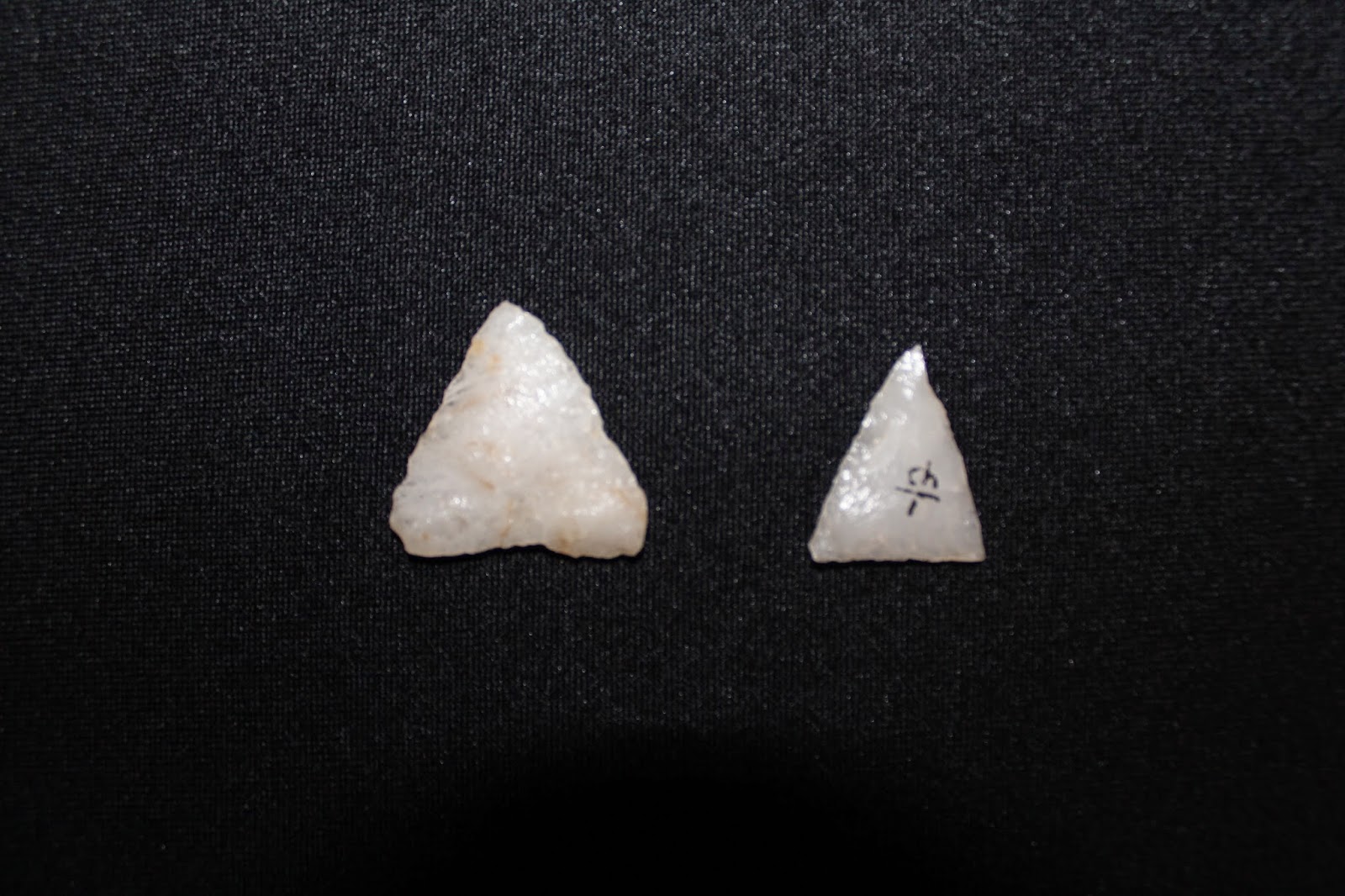 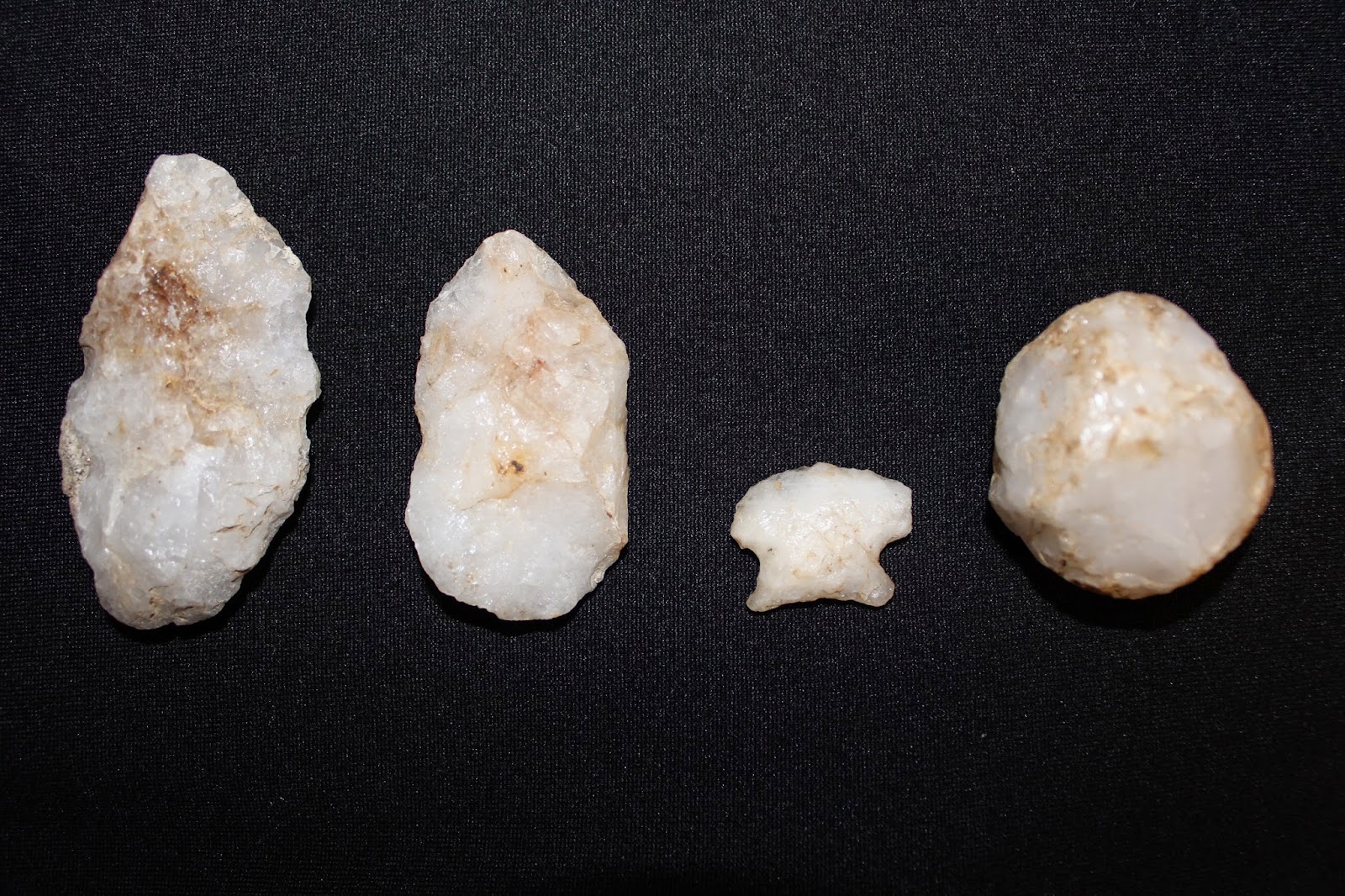 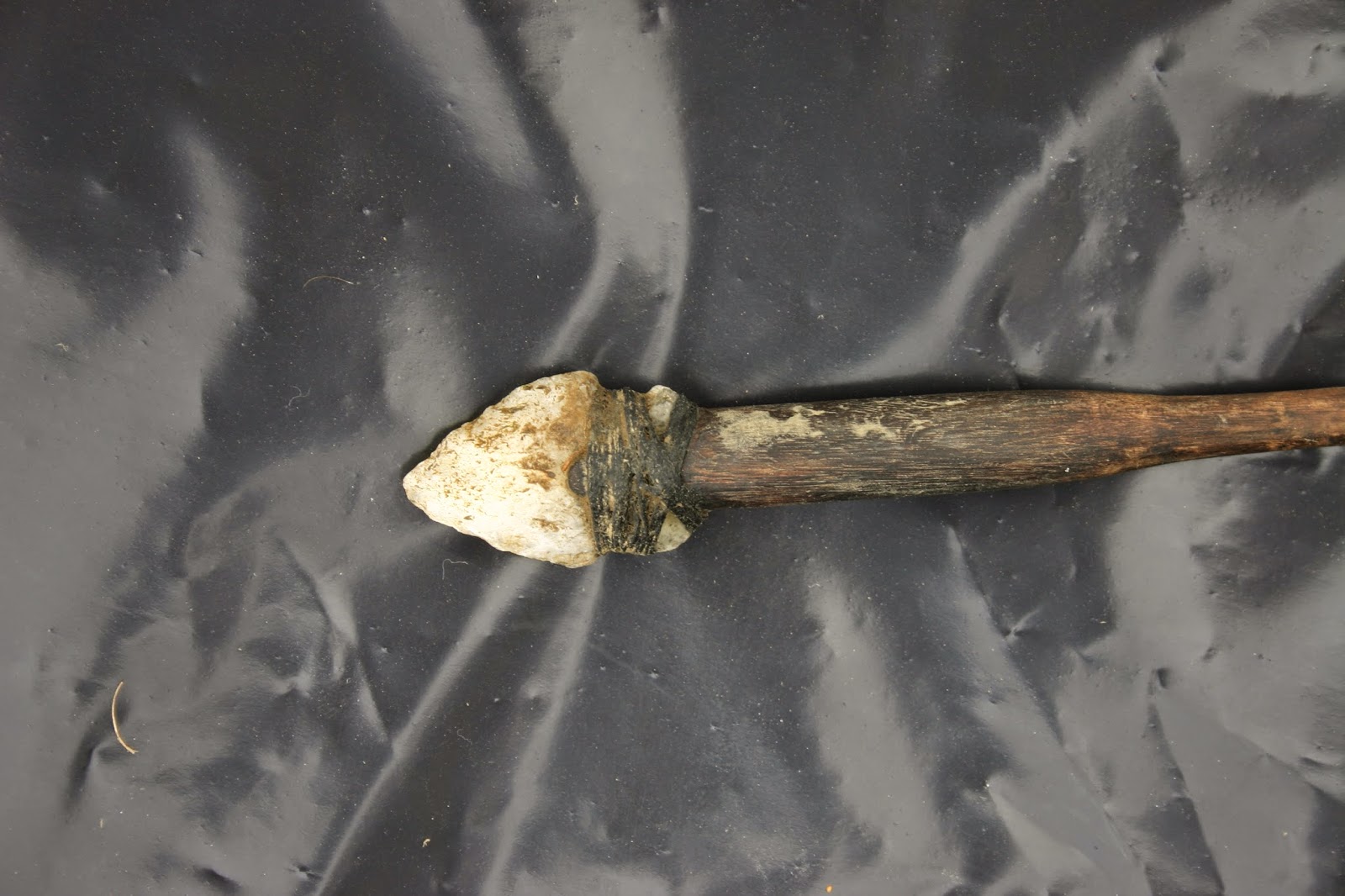 We hope that you have enjoyed this brief presentation on the use of quartz and the many different stone tool forms fashioned from it. Please consult the For Additional Reading Section at the end of the blog for more information about quartz artifacts and how they were used throughout prehistory. Join us once again next time for another fascinating topic on Pennsylvania archaeology.
“Save the Past for the Future”.

For more information, visit PAarchaeology.state.pa.us or the Hall of Anthropology and Archaeology at The State Museum of Pennsylvania .
Posted by PA Archaeology at 3:04 PM No comments: