Traditionally at this time of year our blog is full of the numerous Section of Archaeology public outreach programs scheduled in the fall to celebrate Archaeology month in October. Our excitement is so hard to contain that in a “typical” year our events start a month early at the Kipona festival in Harrisburg over Labor Day weekend. They pick up steam at our yearly excavation at Fort Hunter Mansion and Park in Dauphin County. And culminate in late October or early November at our Annual Workshops in Archaeology.
It almost goes without saying the pandemic has altered our plans for in-person outreach this year. We continue to turn limitations on social gathering into opportunities to grow our on-line presence and find creative solutions to reach wider audiences. In lieu of the Workshops in Archaeology, we are announcing a virtual Speaker Series the first 4 Fridays in October at 12 Noon.
Sessions will be presented over Zoom and are free, but registration is required. Once you are registered, attendees will receive an attendance link and password for all of the sessions listed. Please visit the Pennsylvania Heritage Foundation to register.

We also invite you to explore additional virtual learning content at The State Museum and visit or online collections.
******
This October for Archaeology month, the Museum’s Archaeology Section will present a virtual Learn at Lunchtime speaker series focusing on The Delaware Indians: Then and Now.
Over 12,000 years ago at the Shawnee-Minisink site in Pennsylvania, the first people in the Delaware Valley left behind stone tools, evidence of their existence, in the archaeological record.
It is not known when the Delaware Indian culture/language group began to develop/emerge within the region. The Delaware culture may have very old roots in the region, or it may be the result of a migration of people into the region within the past several millennia.
Fast forward to 500 years ago. The historic Lenape, also called the Leni Lenape, Lenni Lenape and Delaware people lived year-round in matrilineally organized hamlet communities and villages ranging from the Delaware and Lower Hudson River Valleys to the Atlantic Coast. In 1638, one of the first recorded land treaties was negotiated for the settlement of New Sweden between five Lenape chiefs and Peter Minuit of Sweden for a tract of land approximately seventy-seven miles long in the Lower Delaware River. By the 1700s, European colonial encroachment had displaced almost all Lenape from their native lands. Most remaining Delaware tribe members living in the United States were pushed and pulled further west eventually to Indian Territory, now Oklahoma, under the Indian Removal Act in the 1860s.
The four presentations planned for this year’s Workshops will cover the archaeological evidence of the evolution of Indian culture in the Delaware Valley. Our notable speakers will address the issue of possible origins; the history of the Delaware and their interactions with Europeans; the nature of Delaware culture today and their plans for the repatriation of Delaware human remains and sacred objects.
Please join us in an educational series to learn more about the cultural history of the Native people of the Delaware Valley and where they are today.
Presentations will start at 12 Noon with a brief introduction given by Dr. Kurt Carr, Sr Curator of Archaeology and the featured speaker will last approximately 20 minutes with time for question and answer. 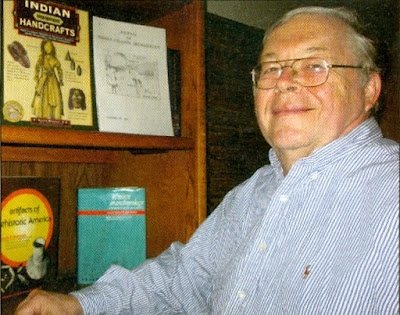 1)  Friday, October 2 - The Prehistoric Archaeology of the Upper Delaware
Dr. Roger Moeller, Archaeological Services
This presentation will identify the Paleoindian, Archaic, Transitional, and Woodland periods at specific archeological sites with their artifacts, excavation and analytical techniques, and major findings. Given major advances in technology, the potential for future research questions will be detailed and discussed. 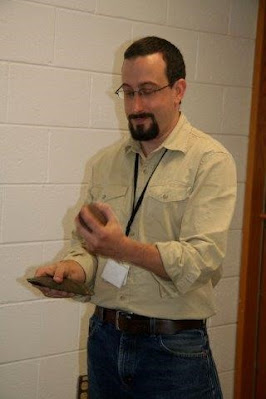 2) Friday, October 9 - The Contact Period in New Jersey: An Archaeological Perspective
Dr. Gregory D. Lattanzi, Curator, New Jersey State Museum
New Jersey has long benefited from being an early player in the field of contact period archaeology. Starting in the early decades of the 16th century, New Jersey's Original People bore witness to the arrival of countless immigrants - the Swedes, Dutch and English, all who claimed religious and political authority over a land that was not theirs. Through this clash of cultures, we are fortunate to have documentary, archaeological, and ethnographic resources from which to reconstruct many vignettes. When strung together along with understanding the many contextual issues, we hope individual scenes provide a clearer picture of Native American life. 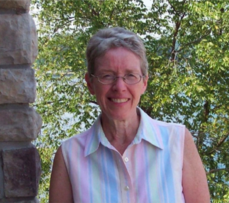 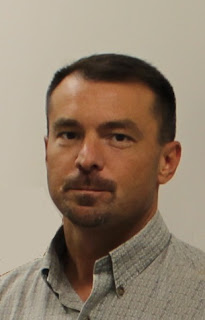 4) Friday, October 23 - The Delaware Indians - Where they are now?
Dr. Brice Obermeyer, Director, Delaware Historic Preservation
Lenape Relocation Histories: Understanding the Lenape Diaspora
This workshop will focus on the events and factors that led to the multiple removals of most Lenape people from the Delaware Valley.  An emphasis will be placed on the factors that pushed and pulled the Lenape out of the region to their current locations throughout the United States and Canada. The workshop will make regular use of digital maps to follow the multiple Lenape migrations west over time and to discuss the impact of these relocations in the past and today.

Official Site of the Delaware Tribe of Indians / About The Tribe, 2020.

Official site of the Delaware Nation/https://www.delawarenation-nsn.gov/

For more information, visit PAarchaeology.state.pa.us or the Hall of Anthropology and Archaeology at The State Museum of Pennsylvania .
Posted by Trails of History at 8:50 PM No comments:

The public is fascinated with archaeology and stories of arrowheads and broken pieces of pottery found in their own backyards. They want to know what it all means and who were the people who made these objects? Reading about past civilizations, attending lectures, volunteering for field projects, finding artifacts, and even experimenting with making and using artifacts from the past are all part of the romance of archaeology. Many people enjoy it as a hobby.
Charles L. Lucy was a talented amateur or avocational archaeologist interested in all aspects of archaeology, but he also conducted research and published his findings. Charles L. Lucy was a toolmaker Ingersoll-Rand in Athens, Pennsylvania, but also a talented avocational archaeologist for more than 60 years.  He was born February 22, 1922 and died on June 29, 2003, at the age of 81.  Charles, or Chuck as he was known to many, was mentored under Dr. Elise Murray of the Tioga Point Museum in Athens, PA (read more about Dr. Murray in our blog from January 2020 by clicking the link).  He was a member of the Carnegie Museum of Natural History and a regional representative of the Section of Archaeology, a member of the Society for Pennsylvania Archaeology, an editor for Eastern States Archaeological Federation, a member of the New York State Archaeology Association, and a member of the Tioga Point Museum.  One of his most notable traits is that he was not only extremely interested in archaeology, but he also published his findings (see list of publications below), especially in the journal Pennsylvania Archaeologist, where you can read many of his articles.
Chucks passion for archaeology and the rich archaeological resources along the Chemung and Susquehannock Rivers led to countless excavations and research. Chuck’s interest in Susquehannock pottery, especially from the upper Susquehanna Valley was a focus of his research and led to multiple journal articles and presentations. His attention to detail in his analysis drew the attention of former State Archaeologist, John Witthoft who was interested in the area and research of Proto-Susquehannock culture attributes.  Chuck Lucy participated in excavations at numerous sites with John Witthoft and later Barry Kent. These sites include Kennedy site (36Br43), Blackman site (36Br83) and the Sick site (36Br50). Witthoft examined the Lucy collection from the Sick site for his research and publication of Susquehannock Miscellany in 1959.  Lucy’s significant contributions to the Pennsylvania Historical & Museum Commission (PHMC) knowledge base of sites on the upper Susquehanna River and the Chemung River Valley are indispensable.

When he passed, his family very generously donated his vast library to The State Museum of Pennsylvania’s Section of Archaeology library.  Unfortunately, our busy schedules while working in the office have prevented us from doing much with cataloging and organizing this most generous donation. Thanks to the quarantine (something not often said) and tele-working I have had the privilege, as one of my tasks, of working with the more than 1400 books, journals, maps, personal correspondence, and other materials that made up his library.  Most of the material centers on archaeology and anthropological topics, especially northern Pennsylvania and southern New York. It is clear Chuck had many interests, including religious texts, children’s books, general literature, and the natural world.  The titles span from Houses and House-Life of the American Aborigines from 1881 thru Yankee, The Magazine of New England Living in 2003; providing over a century’s worth of cultural information.  The wonderful condition of these materials demonstrate that they were of great importance to him.  All were signed by him and many include the date and place of purchase.  There are also many that were signed by their authors with notes about the friendship held between the author and Mr. Lucy.  Charles Lucy was a wonderful asset to Pennsylvania archaeology and his library is a true treasure.  It has been a very interesting task that I have been honored to work with this legacy left in our care.
This addition to our research library is a wonderful asset that will benefit our research of the collections we curate and also of benefit to researchers who access our collections or as we respond to inquiries and emails regarding archaeological collections from the region.  We thank our many donors who have so generously entrusted us with their collections and continue to share these  donations through our blogs and our online collections.
A sample of publications by Charles L. Lucy

This week we feature a true citizen scientist. For more information, visit PAarchaeology.state.pa.us or the Hall of Anthropology and Archaeology at The State Museum of Pennsylvania .
Posted by Trails of History at 2:32 PM No comments: