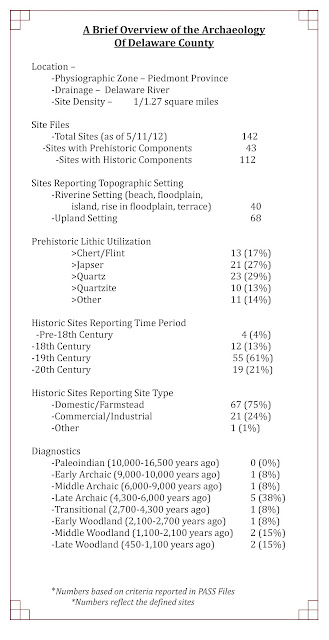 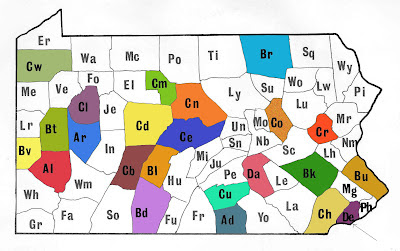 Delaware County is located in the south-eastern corner of the state, in the Piedmont Province.  The Delaware River is the main drainage system which flows into the Delaware Bay.  This location along the bay positioned it for development at a very early stage in the history of our Commonwealth. This relatively small county (184 sq. miles) is packed with 142 recorded archaeological sites in the Pennsylvania Archaeological Site Survey (PASS) files. The majority of recorded sites, 78%, are reported components of the historic period.  This is not to say that Native peoples didn’t occupy this region of the state, but the archaeological evidence has been more difficult to recover due, in part, to its early colonial development.  The second factor to consider in the preservation of these sites is the Delaware River and the coastal floodplain environment.  Of the forty-three sites recorded with a pre-historic component, forty are located in riverine settings consisting of floodplains, terraces, stream benches or rises.

One of the earliest historic accounts of interaction with Native peoples comes with the settlement of New Sweden, Nya Sverige in 1638.  Peter Minuit negotiated a treaty with five Lenape chiefs for lands along the Delaware River for which Minuit claimed control of approximately sixty-seven miles for Sweden. This exchange was but the first of many to follow and the beginning of European colonization in Pennsylvania.  In 1643 Johan Printz was appointed Governor with the goals of expanding the colony and securing Swedish Lutheran as the official religion of the colony and increasing trade with the Lenape or Delaware Indians.  Governor Printz’s mansion, Printzhof (36De3) was built on Tinicum Island at Essendon, Pennsylvania.  It is described as a fortified state house and trading-post in use during the fur trade with the Lenape Indians.  The Dutch, who had surveyed the Delaware River prior to the Swedes establishing a colony, gained control of the territory along the River in 1655 only to later surrender it to England in 1664. 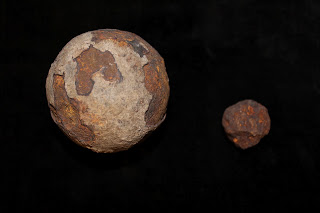 Excavations at the site of Printzhof in 1937 by Donald Cadzow of the Pennsylvania Historical Commission and the Works Progress Administration (WPA) produced pipe stems, iron cannon balls, ceramics, glass and yellow bricks. These artifacts and the foundations of structures erected at Printzhof were reflective of the daily lives of a people who had traveled to a virtually unkown “new world” determined to strengthen their homeland of Sweden. 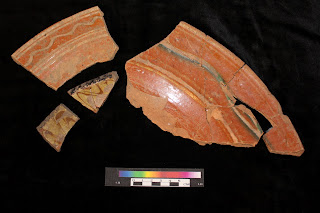 Cadzow’s excavation was prompted by the desire to mark this historic site and the 300th Anniversary of the settling of New Sweden.  Subsequent archaeology conducted in the 1970’s by Dr. Marshall Becker revealed that Cadzow and crew had reset all of the foundation stones, but not in their original order. Photo documentation taken in 1937 aided archaeologists in interpreting the foundation and led Becker to conclude that Cadzow had located the original foundation of Printzhof. This house was destroyed by an accidental fire in 1645 and a second larger structure was reportedly built.  Becker found foundation walls he interpreted as the foundations from both structures. 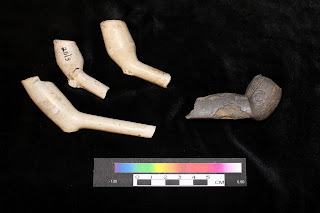 The method of construction at Printzhof was recorded in historic documents and accounts for the quantity of yellow brick recovered at the site. Records indicate that 6,000 brick were sent on the “Fama” in 1644, the largest known shipment of this product to New Sweden. Traditional Swedish homes generally contained fireplaces and these brick may have been used in construction of a chimney.  Additionally twenty-four pieces of glass were in this shipment and may have been used in construction but this has not been verified according to Becker.  Swedish house structures typically had a entry hall in the center with timber construction, similar to that found in the oldest section of nearby Morton Homestead. 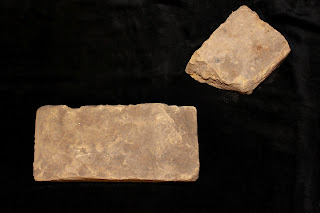 Morton Homestead (36De5)  was home to Morton Mortenson who remained in the area after the Dutch defeated Sweden in 1655.  The reconstruction of this structure in 1938 coincided with the 300th Anniversary, but historians have questioned the accuracy of the reconstruction.  The tight fitting log construction of Swedish homes described in 1679 by Jasper Danckaerts, a member of the Labadist religious sect exploring the area for a new settlement, is the best account available.  Dackaerts describes a log house as follows ..." being nothing else than entire trees, split though the middle, or squared out of the rough, and placed in the form of a square, upon each other, as high as they wish to have the house; the ends of these timbers are let into each other, about a foot from the ends, half of one into half of the other. The whole structure is thus made, without a nail or a spike.”  This tight construction led to a warm, secure structure.  Inaccuracies of the reconstruction of Morton Homestead aside, the earliest foundation to the heritage of Delaware County can be directly attributed to the influence of Swedes, Finns and Dutch settlers in the 1600’s.

Researchers continue to examine historical documents and the archaeological record to better understand the colonization of New Sweden and attempts by Sweden for expansion. Additional research in the future may reveal more about these early colonists and their impact on colonization in Pennsylvania. 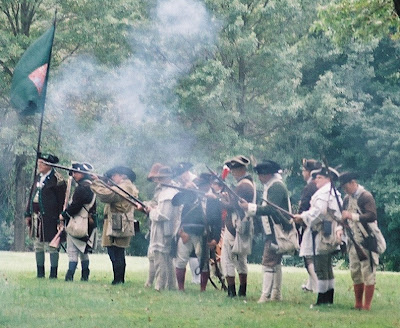 Moving forward about a little over a hundred years we travel to Brandywine Battlefield (36De84), the site of a battle between American and British troops on September 11, 1777.  British forces commanded by General William Howe, with General Charles Cornwallis, led approximately 8,500 troops to the scene to launch a surprise attack on General George Washington’s troops. Hessian troops estimated at just over 7,000 marched across and up Brandywine Creek while Howe marched to the north attacking near present day Longwood Gardens. Washington had positioned troops on the Brandywine to defend Philadelphia.  When the American troops, almost 15,000 men, were attacked on both sides by British forces, the troops were defeated and casualties numbered more than 1,000 men for Washington’s troops and slightly less for the British.   British troops marched into Philadelphia on September 23, 1777. 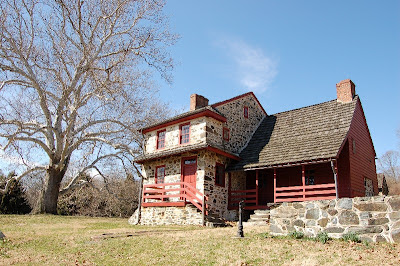 We hope you have enjoyed this journey to the past of Delaware County and you will continue to follow us as we travel across the state through our archaeological past.   Please help us preserve these important resources by reporting and recording your archaeological finds while we all Preserve our Past for the Future. (link to GIS web site)

Becker, Marshall J.
1979. The Printzhof: Identification of the seventeenth century residence of Swedish Colonial Governor, Johan Printz. Manuscript on file at The State Museum of Pennsylvania.

Becker, Marshall J.
1987. A Report on the 1986 Excavations at the Printzhof Site (36De3): Operation 13. Manuscript on file at The State Museum of Pennsylvania.


For more information, visit PAarchaeology.state.pa.us or the Hall of Anthropology and Archaeology at The State Museum of Pennsylvania .
Posted by PA Archaeology at 3:25 PM