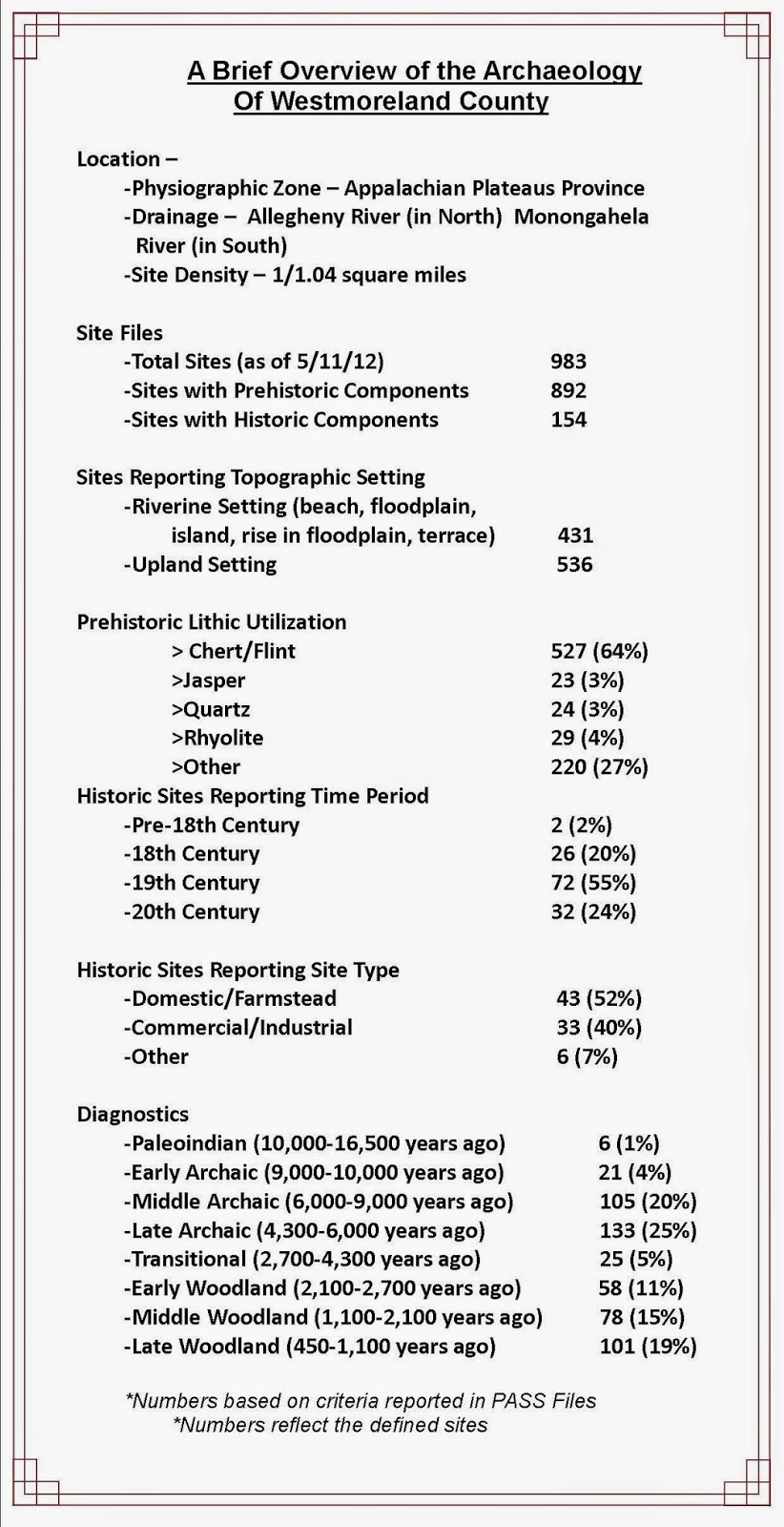 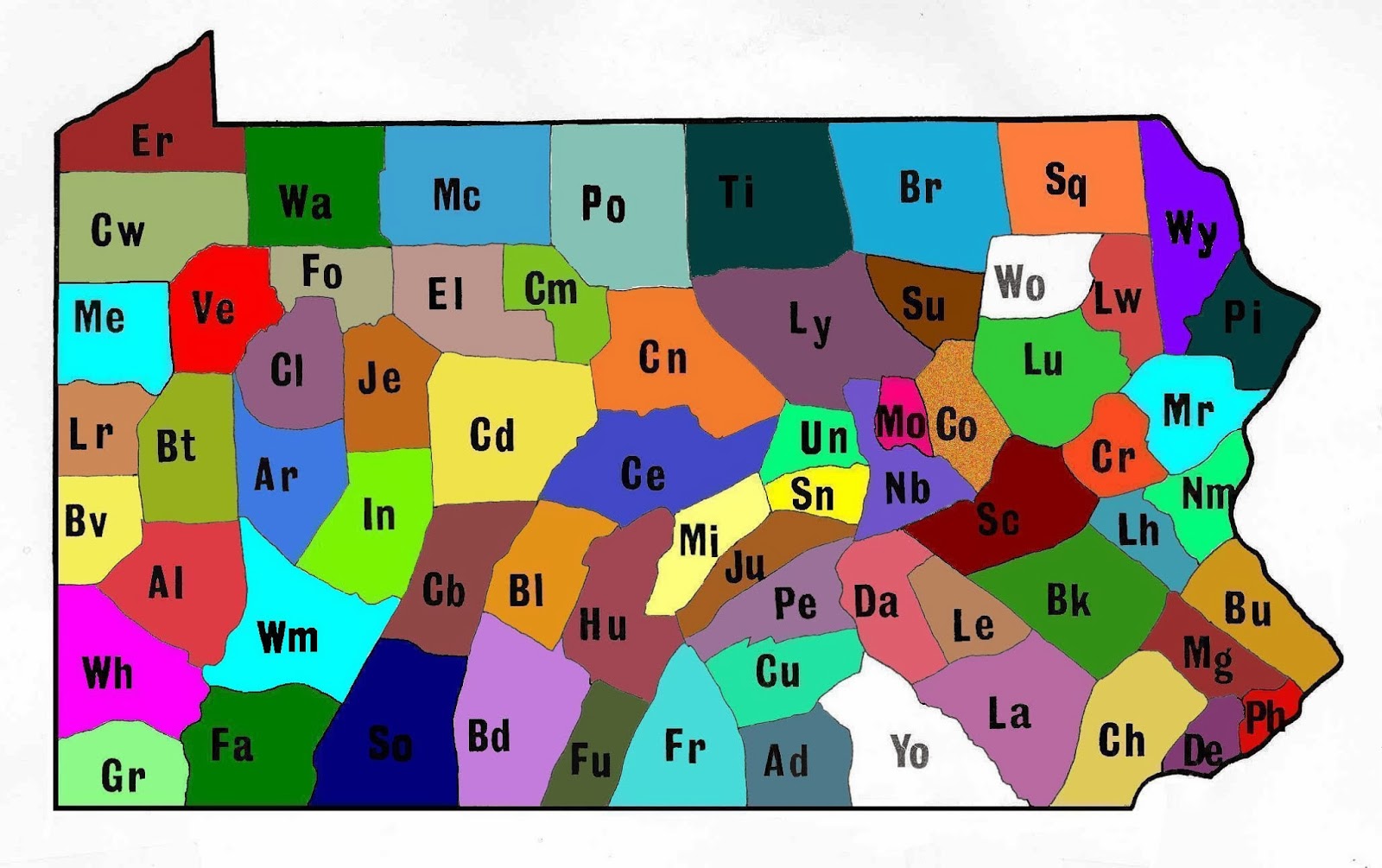 This week’s journey by county through the archaeology of Pennsylvania takes us to southwestern Pennsylvania and Westmoreland County. This county is located in the Pittsburgh Low Plateau Section and Allegheny Mountain Section of the Appalachian Plateaus Physiographic Province. The region is characterized by rolling uplands and moderate to steep sloping valleys. The Allegheny and Monongahela rivers form the western boundary of the county. The principal tributaries are the Conemaugh and Youghiogheny rivers and the Loyalhanna and Sewickley Creeks. The county contains one of the highest densities of sites (1/0.94 square miles) in all of Pennsylvania.  The historic period is poorly represented as less than 10% of sites date to that period. 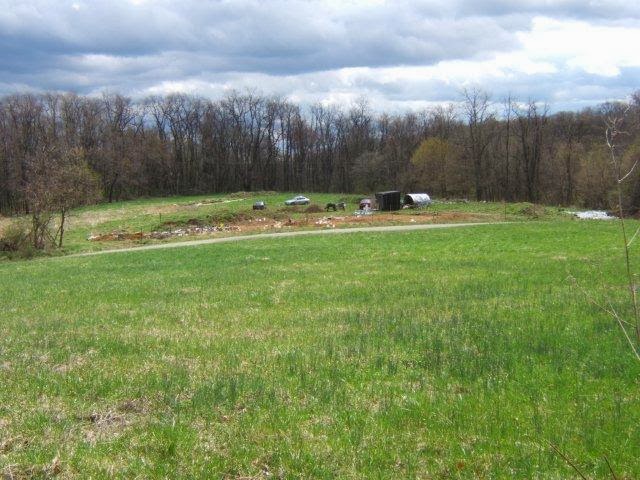 This week we are pleased to have Bob Oshnock as our guest blogger.  Bob has organized and supervised the excavation of one of the most significant Monongahela sites in southwestern Pennsylvania. Most importantly, he has made sure that all of the artifacts are processed on an annual basis along with producing a detailed report documenting the Chapter’s efforts. Bob is an outstanding example of a non-professional archaeologist doing a professional level job. The following is a brief summary of the research being conducted at the Consol Site.

The Consol site (36Wm100) excavations started in the year 2000. Every year since then, he and the Westmoreland Chapter continue research at the site. The crew consists of volunteers from the Westmoreland Archaeological Society, Chapter 23 of the Society for Pennsylvania Archaeology, Inc.  The Consol site is located in Sewickley Township, southwestern Westmoreland County. It occupies a high hilltop saddle (Figure 1) two kilometers from the Youghiogheny River.  Excavations normally start by the middle of April and continue all summer until sometime in November when the cold weather precludes field work. Members of Chapter 23 spend the winter months processing the artifacts (washing, sorting, marking, inventorying and photographing) in their Westmoreland County archaeology lab.

The Consol site is a multicomponent prehistoric site with both an Early Drew Phase Monongahela village component and a later Middle Monongahela component.  Both components are encircled by stockades that overlap each other by approximately 10 - 20 meters.  No evidence of actual dug stockade trenches have been found with either of the Consol site lines of fortification.  Some of the pit features found on and near the Monongahela villages indicate that an earlier prehistoric occupation was present during the Late Middle Woodland time period. 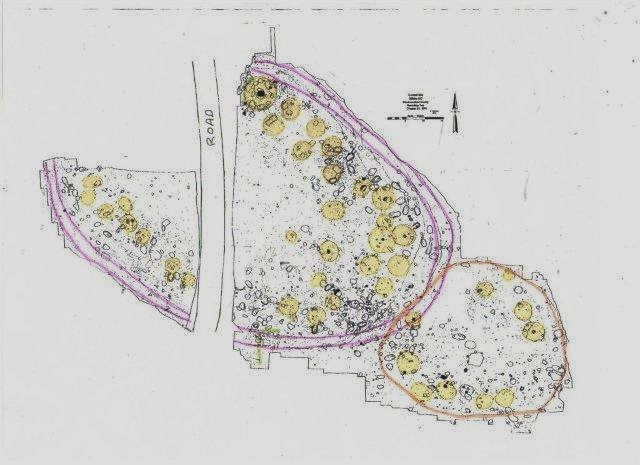 The Early Monongahela component (Figure 2) is the smaller of the two occupations and measures 42 x 50 meters in diameter.  It is surrounded by a single stockade and contains 11 round houses that are arranged just inside the stockade wall. This village dates to the 13th century or approximately 1200 AD – 1250 AD.  Features, such as hearths and storage/processing pits associated with this occupation extend to the south and west, outside the stockade.  A small plaza occupies the center of the Early Monongahela village and this was likely used as a communal activity area by the villagers.  This village has been completely excavated.

The Middle Monongahela village (Figure 2) is the larger of the two. It is generally oval in shape, measuring 77 x 112 meters in size. There are two concentric stockades surrounding the village.  These stockade lines are a consistent 3 - 4 meters apart and encircle 35 round houses.  Evidence has been found indicating three partial smaller and likely earlier stockade lines inside this larger village.  The houses are arranged in an oval shaped pattern.   A 30 – 35 meter diameter plaza occupies the center of the village and it appears to be devoid of features or evidence of any other type of activities. However, a semi improved township road bisects the central plaza from north to south and this may have destroyed any evidence of earlier prehistoric activity. Another two years of field work is necessary to complete the excavation of this village. 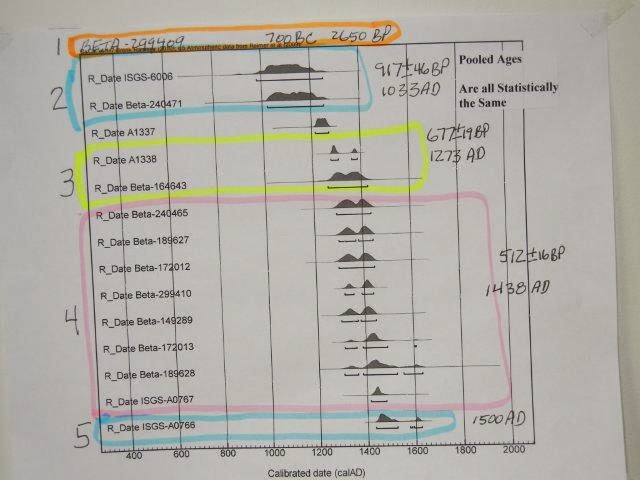 Fig. 3) C14 and AMS assays from the Consol site

Based on C14 and AMS dating (Figure 3), this village was occupied sometime during the 15th century from approximately 1400 AD to 1440 AD.  It may be that the purpose of the double stockade erected around this village, compared to the single stockade surrounding the earlier village is likely related to climate change. The radiocarbon dates reported from the Middle Monongahela village correspond with the onset of the Little Ice Age.   During this climatic episode, summer temperatures were slightly cooler than present thereby reducing crop yields. Following this scenario, maize and other cultigens would not have been able to produce sufficient yields to allow the villagers to survive over the starvation months of January through March.  Therefore, one solution would have been the construction of a double stockade to protect stored food supplies from outside raiding parties who also suffered from dwindling winter stores.  During the occupancy of the Early Monongahela village, the Little Ice Age had not yet started; therefore a single stockade running around its village was sufficient. 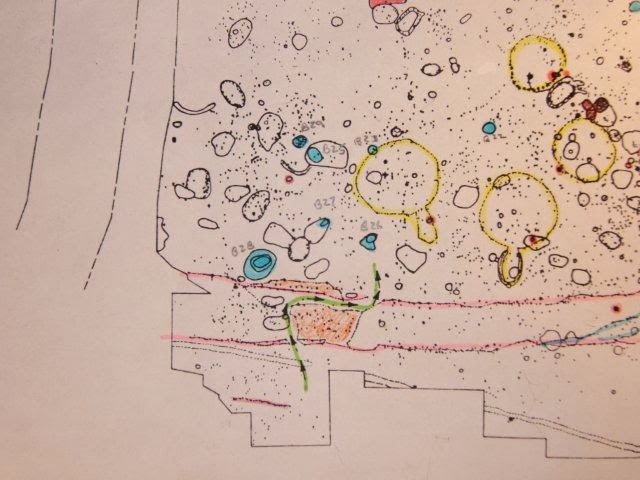 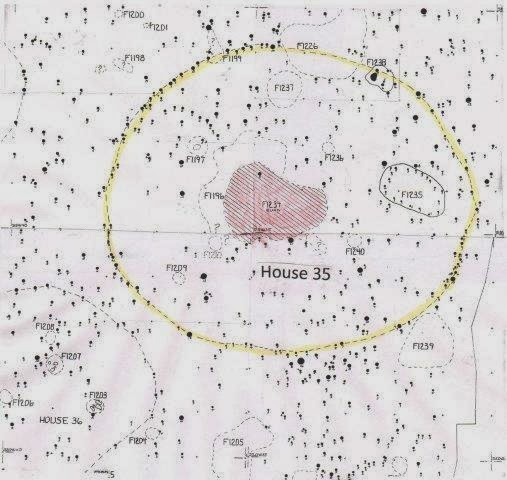 Fig. 5) Communal House #35 in the Middle Monongahela village on the Consol site with its large central hearth

The entrance to the Middle Monongahela village consisted of a zigzag passageway through the double stockade line (Figure 4). Bastion towers were situated on both sides of the entrance. These towers may have served as guard posts or as sentinel platforms and used during times when the village was under siege.  A good flowing spring is located 80 meters due south of this entrance. Even today, it flows copiously during summer droughts.  A lesser quality spring is located north of the village but is not associated with an entrance way. These springs were probably one of the principal reasons that the Early Monongahela and Middle Monongahela settlements were built at this location. 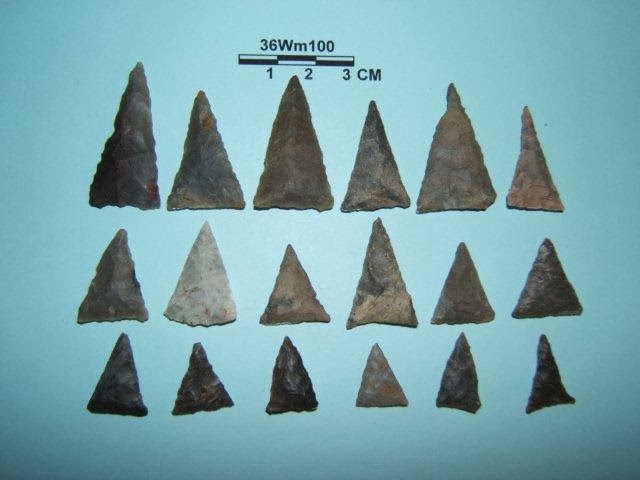 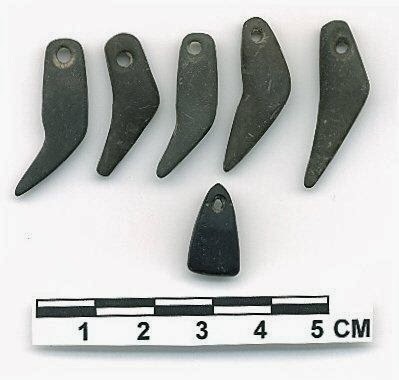 We hope you have enjoyed this introduction to the Consol site excavations and the archaeological heritage of Westmoreland County. We also encourage you to take a look at our past blogs for the archaeology of your county. There are only two counties left to explore in Pennsylvania under this TWIPA topic and we are contemplating a theme or series of themes for the next series of blogs. If you have a particular blog in mind that you would like us to cover, please post your comments and we will see what we can do.  We appreciate our faithful followers of the TWIPA blog and hope to continue providing useful information for our readers on the archaeology of Pennsylvania.

For more information, visit PAarchaeology.state.pa.us or the Hall of Anthropology and Archaeology at The State Museum of Pennsylvania .
Posted by PA Archaeology at 2:23 PM