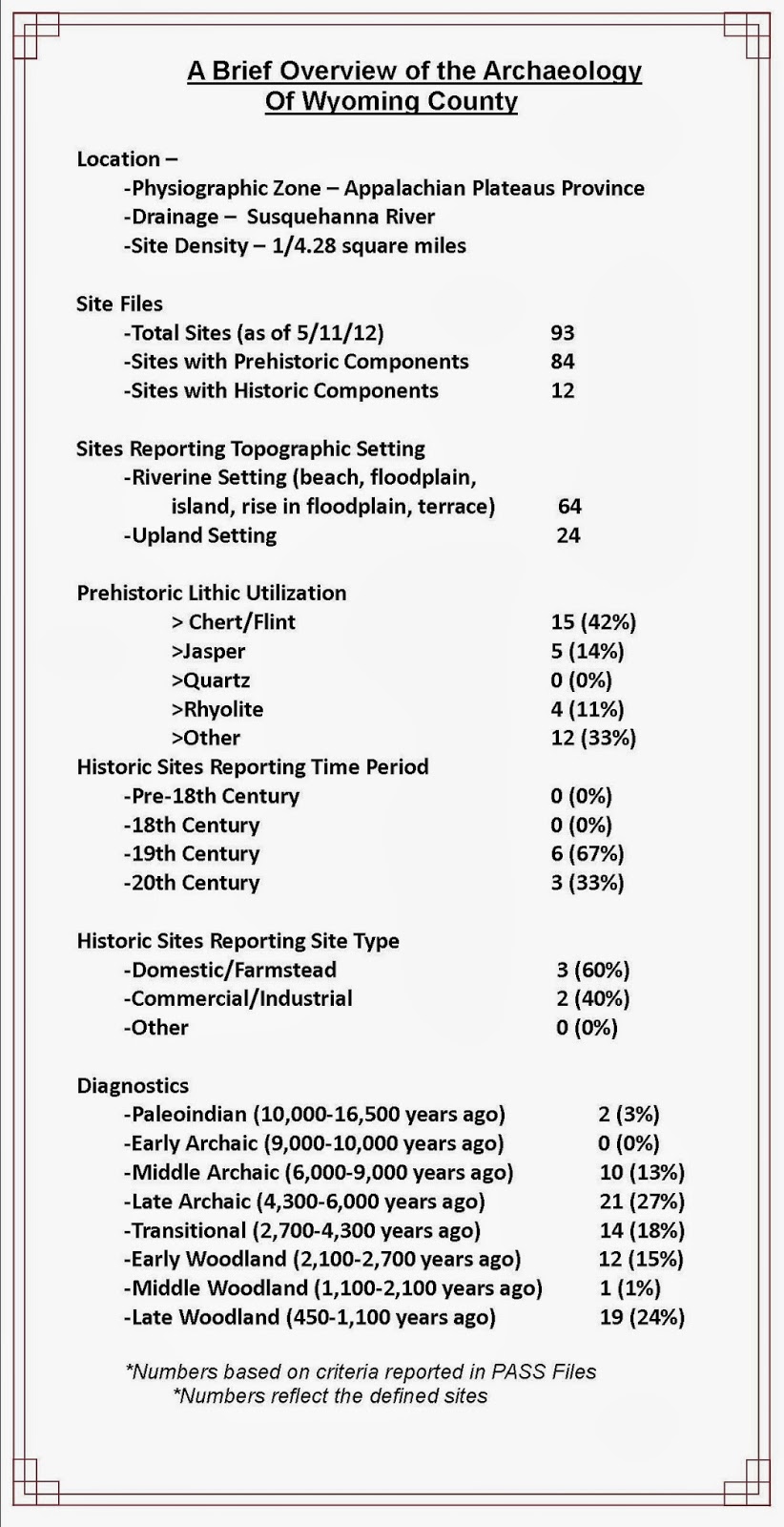 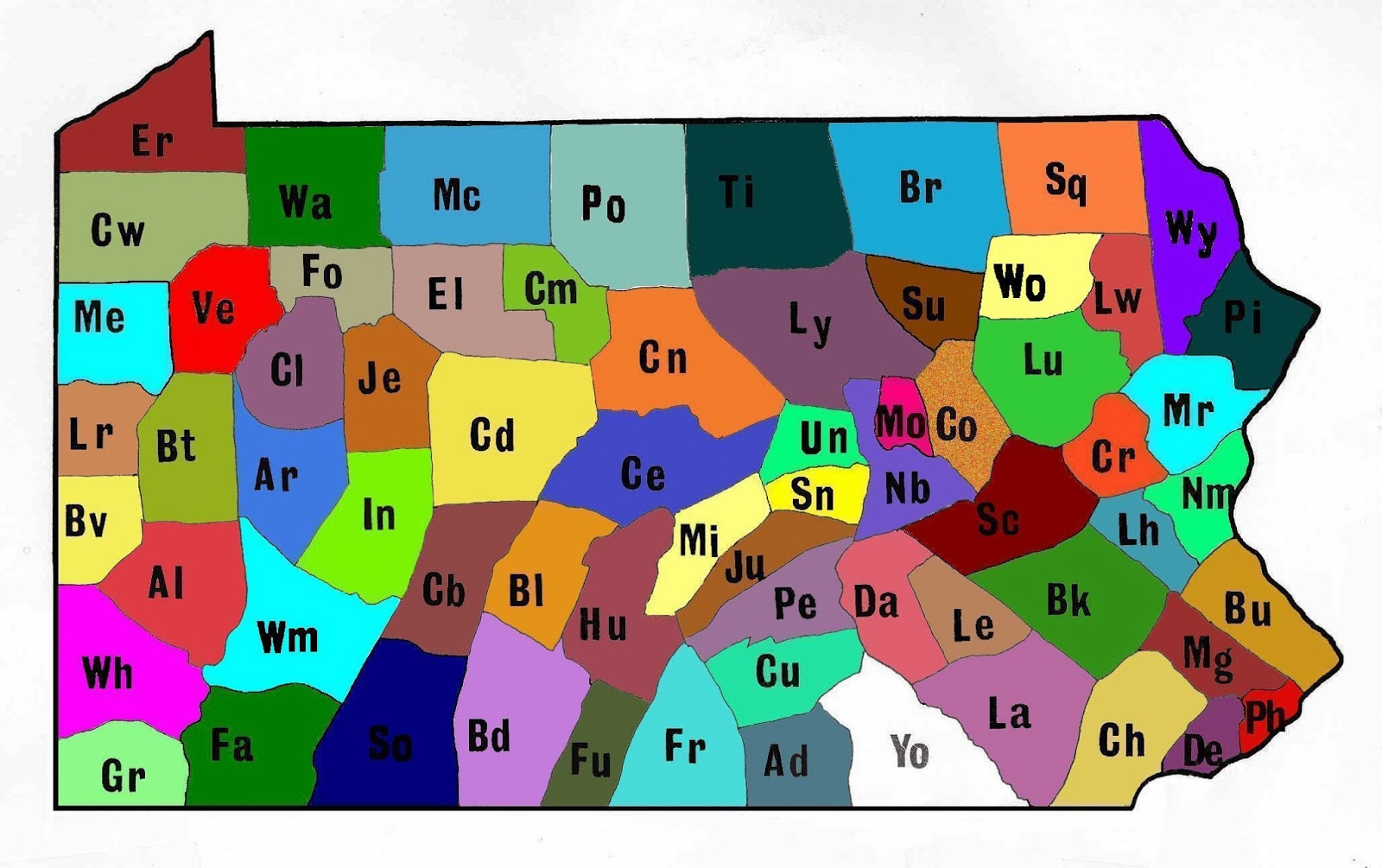 Located in the northeastern interior of Pennsylvania, Wyoming County lies within the Appalachian Plateaus Physiographic Province, with the southwestern third in the Glaciated High Plateau Section, and the remainder in the Glaciated Low Plateau Section. Broad, rounded hills and elongated uplands are comprised predominately of sandstone, siltstone and shale bedrock types. Wyoming County is bounded to the south by Luzerne, to the west by Sullivan, to the northwest by Bradford, to the north by Susquehanna, and to the east by Lackawanna County. Flowing northwest to southeast the North Branch of the Susquehanna River bisects the county diagonally. Main tributaries feeding the North Branch in Wyoming County include Tunkhannock, Bowman and Mehoopany Creeks.

There is a relatively low number of sites recorded in the Pennsylvania Archaeological Site Survey files (1/4.28 sq. miles) and 69% of these are located in riverine settings.  During the prehistoric period Native American were attracted to the riverine environment because of abundant food resources. During the 19th century, people were attraction to this setting by the construction of the North Branch Canal. Void of significant coal beds, lumbering was the initial industry.  Leather tanning was the main industry in the late 19th century due to the abundance of hemlock bark for the tanning process. This continued into the early 20th century when the hemlock forests were depleted.

Colonists from Connecticut were some of the earliest settlers to the region with land claims dating as early as 1754.  Wyoming is purportedly derived from an Indian word meaning “extensive meadows” and during the 18th century was occupied by Delaware Indians.  Their village at Tunkhannock was named for the” small stream” which flows through the county and now bears the same name. Historic records indicate the Delaware occupied this village from 1749-1758.

The WyomingMassacre of 1778 was an horrendous bloodbath which occurred during the Revolutionary War. In part it was the result of British supported Indian attacks but also by an on-going feud between the Connecticut Colony and the Pennsylvania Colony.  Connecticut land claims to the northern portions of Pennsylvania had led to skirmishes amongst settlers of the region and native groups who had lived here prior to colonization.  These battles between Pennsylvania and Connecticut are referred to as the Yankee-Pennamite Wars and led to an embroiled feud between the two colonies. The massacre of hundreds of settlers by British troops, loyalists and Iroquois Indians led to a mass exodous from the region known as the Great Runaway.  In response to this conflict, General George Washington appointed General John Sullivan to carry out a campaign against Indians living in northern Pennsylvania and New York. The practice of burning villages was known as “scorched earth warfare” and reduced the strength of the Iroquois Nation and ended their involvement in the Revolutionary War.  Historic markers placed by the Pennsylvania Historical and Museum Commission serve to remind us of these atrocities that occurred here and of the consequences of territorial disputes. 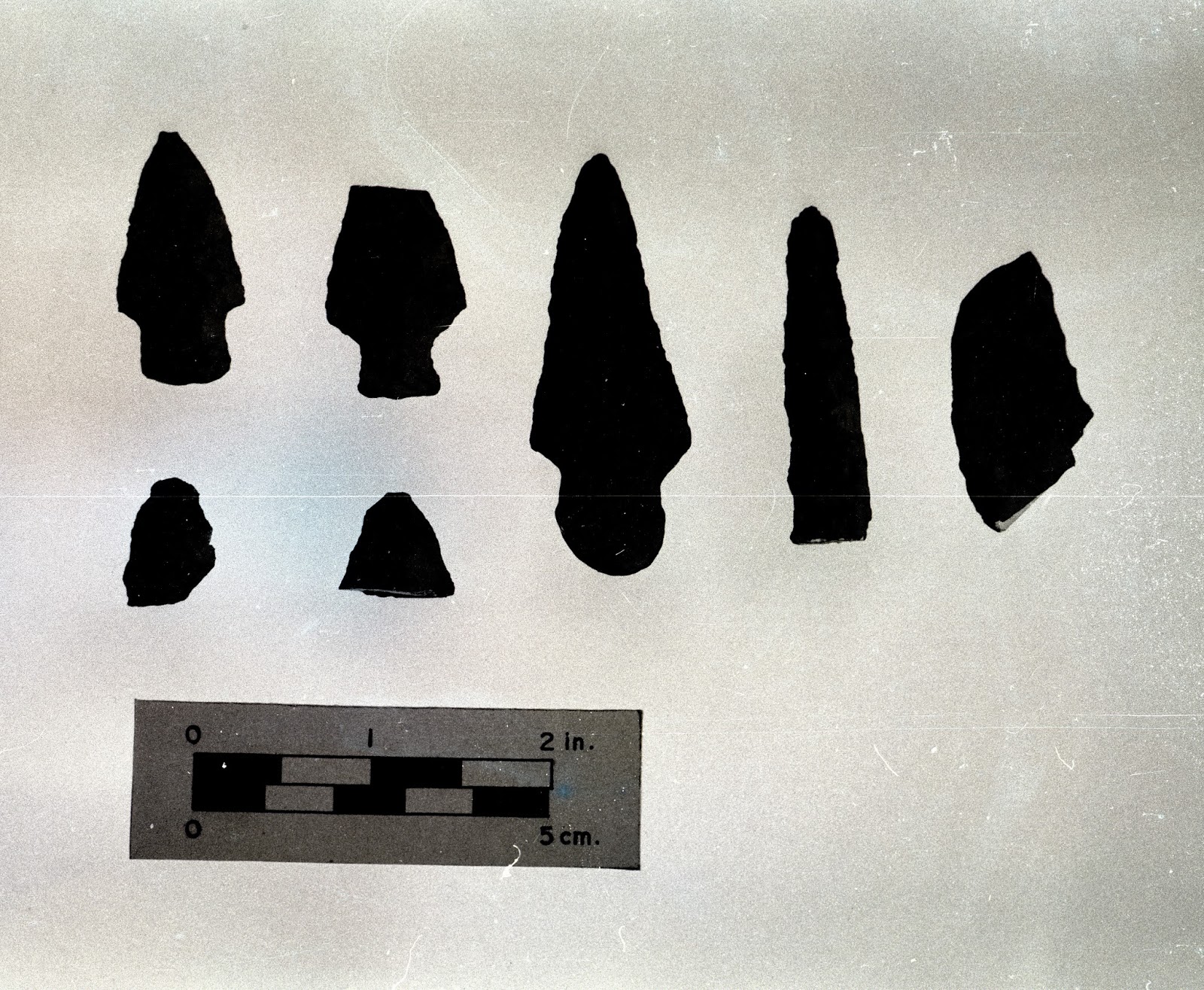 projectile points from 36Wo56 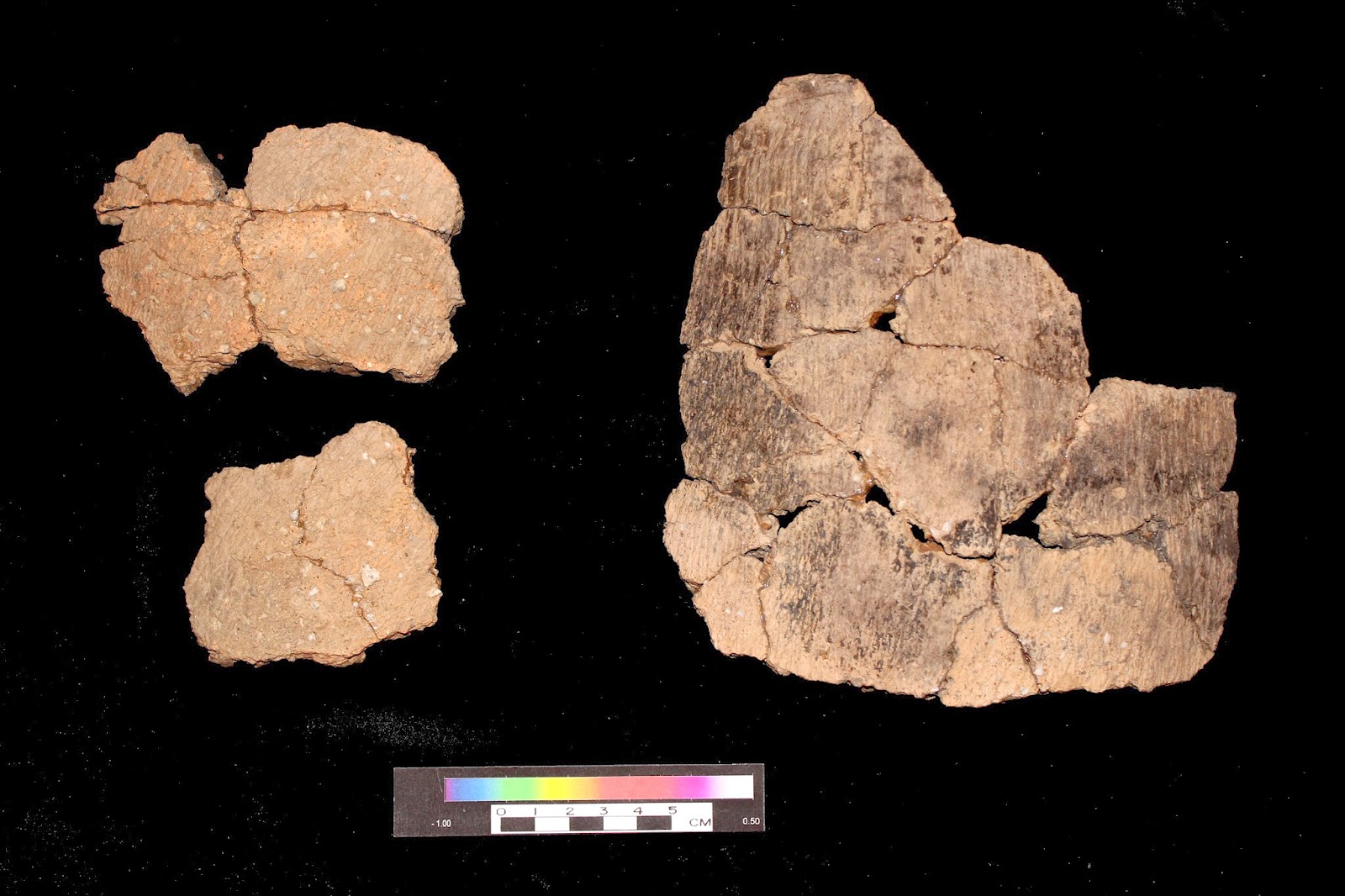 Middle Woodland ceramics from 36Wo56

An archaeological investigation conducted by John Milner Associated in Exexter Township provided an opportunity to examine the archaeological record of this region. Investigations at the Falls Bridge site (36Wo56) for a bridge replacement project revealed evidence of small camps utilized over a long period of time ranging from the Middle Archaic period ( 6,000-9,000 years ago) through the Middle Woodland period (1,100- 2,100 years ago). Situated in a riverine setting along the North Branch of the Susquehanna River, artifact concentrations demonstrate a reliance on riverine resources. Radiocarbon dates were obtained from four of the test units and the resultant dates are supported by the recovery of stone tools, projectile points and pottery. 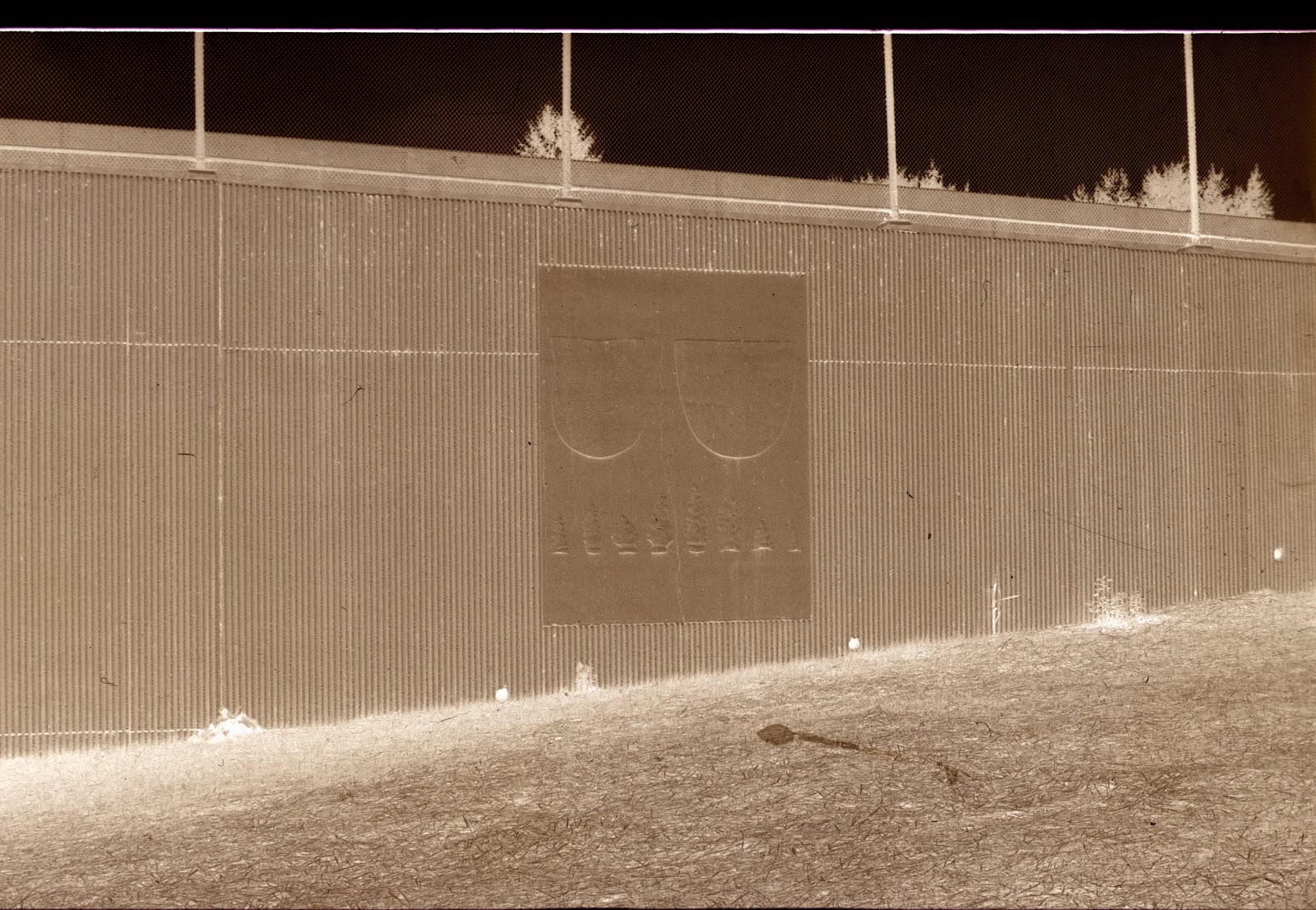 Archaeology suggests stone tool manufacture and maintenance activities occurred at the site based on the high number of tools, bifaces and unfinished or rejected tools. Two netsinkers (notched flat rocks) suggest fishing occurred here as well.  Pottery fragments from the site are identified as chert tempered dating to the Middle Woodland period. This excavation and the recovered artifacts led to sufficient interest by Mr. Edward Osnick, Environmental Manager at PennDOT District 4-0 to create an educational component for this site.   A bas-relief on the side of a wing wall of the bridge adjacent to West Falls public park was created from casting the selected artifacts and pouring concrete to produce a display of the artifacts and provide an opportunity for the community to share in their archaeological heritage. 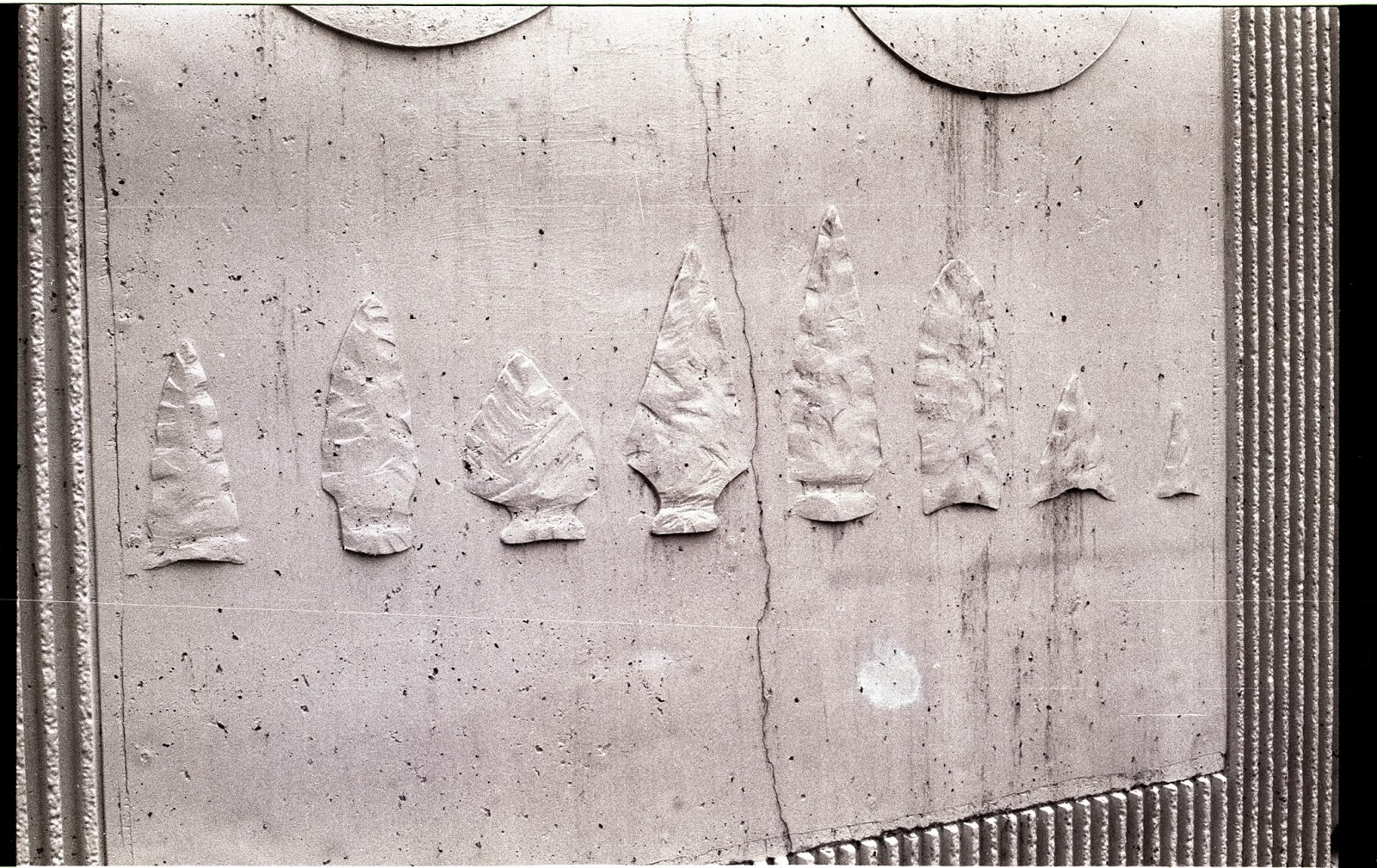 We hope you have enjoyed this brief overview of Wyoming County and its role in the settlement of the northeastern corner of Pennsylvania.  Next week is our last county, York, which enjoys a rich heritage as demonstrated in our many collections.  Please consider leaving a comment on our blog if there is a particular subject you would like us to discuss or events you would like us to share.  Our goal as always is to enrich our understanding of the past so we can preserve it for the future.

For more information, visit PAarchaeology.state.pa.us or the Hall of Anthropology and Archaeology at The State Museum of Pennsylvania .
Posted by PA Archaeology at 4:47 PM