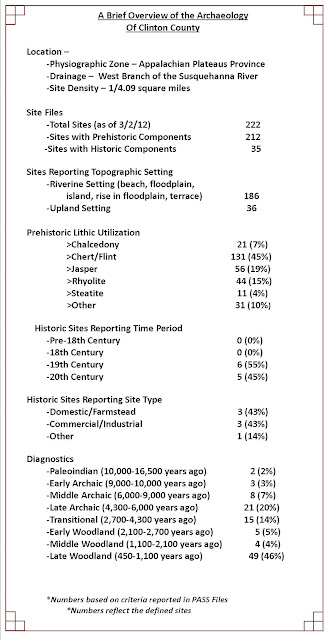 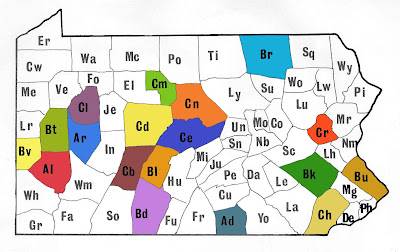 This week we showcase Clinton County which is located in the heart of the Susquehanna’s West Branch valley. Founded in 1839 this county has 898 square miles of land area. Its largest city is Lock Haven which is the home of Lock Haven University of Pennsylvania. Bucktail State Park Natural Area is a 75 mile scenic route from Emporium in Cameron County to Lock Haven. At the Hyner View State Park located at the western edge of the county one can witness a breathtaking view of the West Branch valley and its sparsely populated mountains leading into the Ohio country. Clinton County is situated at the extreme southern end of the Deep Valleys Section, a rugged and deeply dissected plateau composed of shale and sandstone rock. Its principal creeks are Kettle, Young Womans and, Sinnemahoning, which drain into the West Branch river at Keating, Pennsylvania. 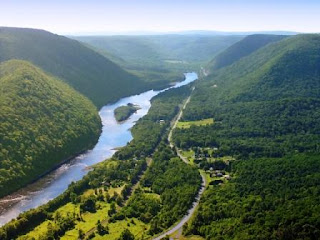 In the 19th and early 20th centuries, Clinton County was denuded of its primary forests by loggers who harvested huge stands of Eastern White Pine, Hemlock, and later a host of other tree species. Eastern White Pine was cut commercially for ship spars and the leather industry used various components, especially the bark, for tanning cow and buffalo hides. Williamsport was a logging capitol and one of the more prosperous hide tanning facilities was at Phillipsburg in western Centre County. 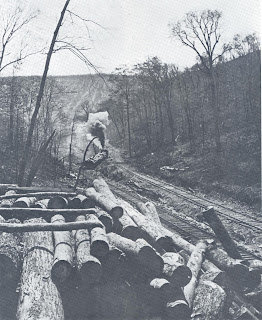 Clinton County has a long prehistory from Paleoindian through Historic. Many sites were recorded after the Agnes Flood of 1972 by William Turnbaugh who used the information for his doctoral dissertation research (Turnbaugh 1972). Between 1972 and 1973, 203 prehistoric sites were additionally recorded as part of the Susquehanna River Valley Archaeological Survey (Smith 1976) and four of these were selected for additional investigation as part of a broader archaeological study of the Clemson Island Culture (Smith and Herbstritt n.d.). Other sites were reported through compliance related projects mandated by state and federal agencies. The North-Central Chapter of the Society for Pennsylvania Archaeology, Inc., listed a series of sites with P.A.S.S. as well and conducts an archaeology field school under the auspices of Lycoming College.

During the 18th century, before the general region became known as Clinton County, the West branch was a principal corridor for moving native and Europeans across the frontier. One of the native Indian towns along this stretch of the river at North Bend, Pennsylvania was called Young Womans Town. This settlement is listed on the Skull map of 1770 as Mianquaunk and according to Donehoo (1999) the name Maunquay as listed on the 1759 Skull map as the name of the stream means “place of meeting” where several Indian paths converged. However Wallace (1971) does not show a junction of Indian paths at this location. The Great Island was another place on the West Branch where Indian paths merged. According to Wallace (1971) as many as nine Indian paths converged at the Great Island where Indians came from different regions to parley and trade.

The prehistoric landscape of Clinton County was used extensively by Late Woodland groups archaeologically known as Clemson Island, Shenks Ferry and McFate-Quiggle. None of these names actually have a native origin, but, in fact are mere archaeological constructs. Since these Late Woodland groups adopted no written language that could be handed down through subsequent generations their true tribal names will never be known. 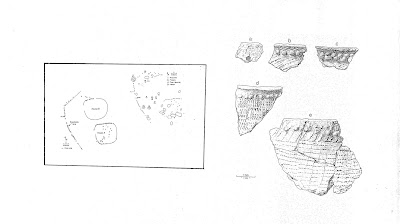 In the early 1990’s the site at West Water Street on the outskirts of Lock Haven was investigated by University of Delaware staff archaeologists as part of the City of Lock Haven’s flood protection project upgrade (Custer et al. 1996). The site is perhaps best known for its stratified Archaic period deposits (see earlier blog on this subject). As such, suffice it to say that, our focus will be on the later Woodland components at West Water Street site. 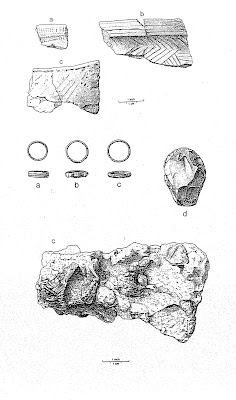 Postmolds, pit features and numerous artifacts of the Late Woodland Period were recovered that represent the material remains from the three previously named prehistoric cultures. According to Custer et al. (1996) the principal Late Woodland component was Clemson Island marked by two houses and a section of a stockade. Each house measured about seven meters in size that was once home to about 20 people. A large number of pit features were excavated, some of which contained many varieties of broken Clemson Island and Owasco pottery. The pots were used to cooked food since many of their exteriors were covered with accumulated soot. Based on radiocarbon analysis this occupation was about a thousand to eleven hundred years old.  Material evidence for site use by Shenks Ferry and McFate-Quiggle groups was limited to a small assemblage of artifacts, mostly pottery. These objects were typical of contemporary ceramics found at other sites in the Clinton County area. A final 18th century Contact period occupation was identified by traces of European manufactured objects of glass and metal from five pits. Some of these were classified as glass beads, rum bottle fragments 9 one of which was made into a scraper), iron ax, lead shot, Jew’s harp, catlinite beads and a piece of leather. Other Contact period items included blue, white and red beads and brass finger rings.
Clinton County is indeed an area of the Commonweath that holds a rich archaeological heritage. We hope you have enjoyed TWIPA’s excursion into the past and encourage further interest in the subject by using the following bibliography.


For more information, visit PAarchaeology.state.pa.us or the Hall of Anthropology and Archaeology at The State Museum of Pennsylvania .
Posted by PA Archaeology at 9:42 AM