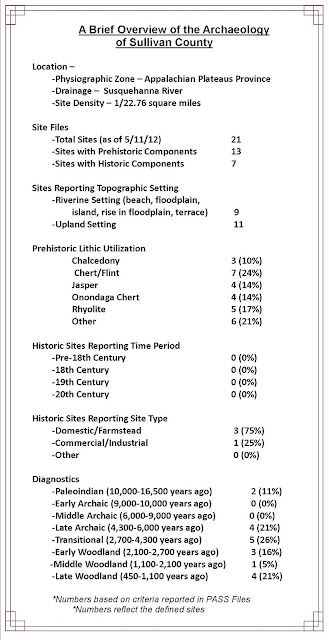 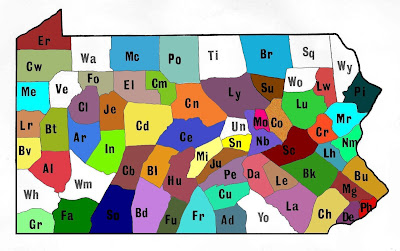 This Week In Pennsylvania Archaeology’s journey takes us to Sullivan County located in the northeastern section of Pennsylvania. History tells us that Sullivan County’s name origin is not without controversy. According to Pennsylvania Local Government, an official state publication, the county was named after Pennsylvania Senator Charles C. Sullivan who played an engaging role in adopting legislation to form the county in 1847. An alternative side states that the county was named after General John Sullivan who George Washington sent north and in 1779 succeeded in destroying many of the major Iroquois villages in Pennsylvania and New York State (Godcharles 1933). The success of Sullivan’s expedition was a major turning point that broke the foothold of the Iroquois at the dawn of our Nation’s birth. 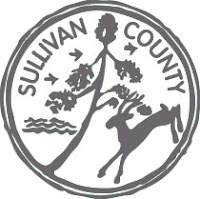 Sullivan County was formed from part of Lycoming County on March 15, 1847 and became the 13th of Pennsylvania’s 67 county system. It contains 452 square miles and presently it is home to more than 6500 people. The region is known as the “Endless Mountains” for its panoramic scenery comprised of beautiful forests and deep cut stream valleys. Ricketts Glen and Worlds End State Parks noted for their popularity with hikers, campers and day trip visitors are situated there. Prior to, and well into the 18th century, two major Indian trails, the Towanda and Wyalusing Paths, were used by Indians and Europeans when traveling between the West and North branches of the Susquehanna (Wallace 1971). The pathways originating at the Indian town at Canaserage at present day Muncy, Pennsylvania led to Towanda and Friedenshutten, respectively. These places, and many others, were temporarily occupied by the Shawnee, Delaware or Lenni Lenape, Chickasaw and other 18th century Indian groups (Donehoo 1928; Kent et.al. 1981). 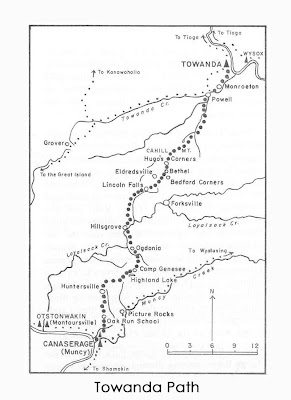 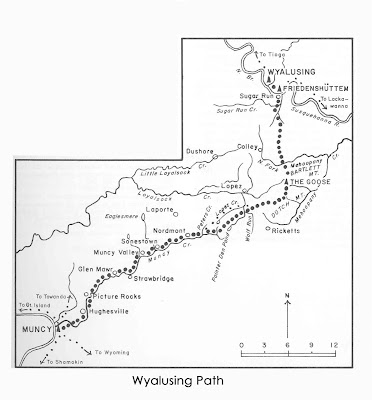 Physiographically, Sullivan County is contained within three prominent sections, the Deep Valleys Section, the Glaciated High Plateau Section and the Glaciated Low Plateau Section. All of these have certain hallmarks that characterize one from the other. Going back in deep time we see the general complexion of Sullivan County as a primeval brackish watered landform created during the  Devonian (Lock Haven Formation), through Pennsylvanian (Allegheny Formation)  periods (405-290 million year ago) when primitive plant and animal life, such as ferns, club mosses,  giant dragonflies, shell and fin/scale fish were common and interestingly primitive.

In the formerly glaciated sections of northern and eastern Sullivan County small pebble and cobble size rocks of igneous (granite), cryptocrystalline (chert) and the harder, more resistant sand/siltstone rocks occur in drift and moraine-like deposits. These and other lithic materials were accessible and, indeed, used by prehistoric Indians for stone tool production. Some of these lithics types i.e. quartz and granites, were also pulverized and incorporated as tempering material in pottery clays.

In the Pennsylvania Archaeological Site Survey (P.A.S.S.) files listing of 21 prehistoric and historic sites for Sullivan County we note that site settlement patterns are essentially split between river bottom and upland locations thereby demonstrating that both environmental settings were important to Indians and Euro-Americans alike. Few Historic period sites have been documented and the data suggests that these were principally small farmstead complexes comprised of a dwelling, barn and various out buildings. Unfortunately the information is not complete enough to ascribe these sites to a particular period of occupation. 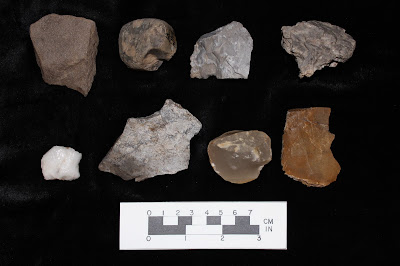 The most commonly found lithic material at sites is chert. Along with chalcedony, these are likely from local sources. Jasper, metarhyolite and Onondaga chert are found at 45% of the sites. Some of these rock types are non-local and may have been obtained from as far away as central/western New York. It may, however, have a more local source from the glacially derived deposits that are cited above. Whatever the case, Onondaga chert was a common lithic type used in Sullivan County from the Paleoindian through the Woodland periods. Although, admittedly, the sample size is very small it is interesting that the percentage of non-local lithics is very high. This may coincide with the greater frequency of Transitional Period site use (26%) in Sullivan County over all others that have been reported to date.

We hope that you have enjoyed this brief archaeology tour of Sullivan County and do join us next week when we will journey to Susquehanna County.

References
Donehoo, George P.
1928       A History of the Indian Villages and Place Names in Pennsylvania. Harrisburg.

For more information, visit PAarchaeology.state.pa.us or the Hall of Anthropology and Archaeology at The State Museum of Pennsylvania .
Posted by PA Archaeology at 3:01 PM