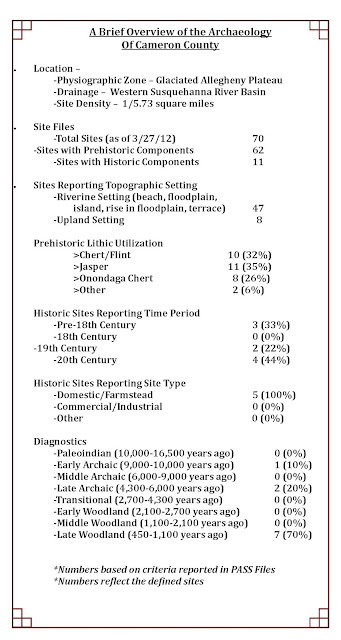 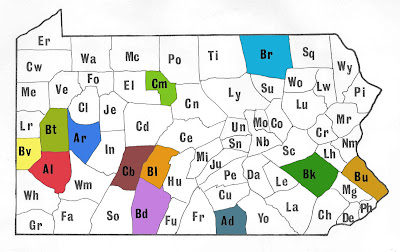 This week we travel north into Cameron County in the heart of a region known as the Pennsylvania Wilds. Cameron is just 399 square miles, with only one sq. mile of water. Located on the Glaciated Allegheny Plateau it is a mountainous terrain of steep mountain slopes with narrow ridges and streams, bordered by narrow floodplains. This rugged terrain and limited water supply likely plays a factor in the settlement of Cameron County. A contributing factor in the low number of sites is also the weather. This region records some of the coldest temperatures and highest snow fall amounts across the state. The 2010 U.S. census lists 5,085 total residents, about 1 person every 13 square miles. The low number of archaeological sites recorded may also be a result of limited ground disturbance and development, activities which often lead to archaeological investigations of potential sites.

The primary forest vegetation during the prehistoric period was dominated by hemlock, beech, sugar maple, and white pine. Fruits, berries and edible tubers supplemented a diet of deer, elk, bear and small mammals. These resources would have been sufficient to support hunting and gathering subsistence patterns of the Paleoindian period (16,000-10,000 years ago) thru the Early Woodland period (4,300-2,100 years ago). Archaeological sites recorded in the Pennsylvania Site Survey (PASS) files containing diagnostic artifacts linked to these early periods are limited in Cameron County, but there is the potential for additional sites to exist in these narrow floodplains should further ground disturbance projects occur. 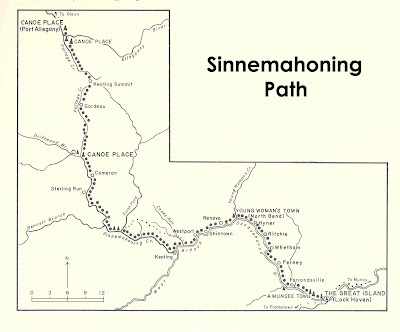 The headwaters of the West Branch of the Susquehanna River flow through Cameron County and this land was controlled at the time of European contact by the Seneca. The Sinnemahoning Path served as a transportation route from Lock Haven up the West Branch and into the Sinnemahoning Creek. From here, the path went over the Allegheny Portage providing access between the Susquehanna and Ohio River drainages. The Seneca had established a few villages in the region, using the area for both the footpath and hunting expeditions. In 1784 the land which would later become Cameron County was purchased from the Iroquois by the Commonwealth of Pennsylvania. Early settlers were comprised chiefly of farmers, but again the area was slow to settle. The first grist mill was erected in 1811 as well as an early sawmill. These mills led the way for further expansion of industry and drew additional settlers.

In 1860 Cameron County was officially established and was named after Simon Cameron, the First Secretary of War under Abraham Lincoln. Steam powered sawmills and the lumber produced by them, supplied markets in eastern Pennsylvania along with commercial centers in New York, Baltimore and New Orleans. By the early 20th century extensive logging had destroyed much of the original forest cover and led to the decline of the lumber industry. The lack of lumber also prevented tanneries from operating as they relied on the hemlock bark for tannin used in tanning.


Archaeological investigations have been conducted in a few areas of Cameron County, but little in the form of tangible evidence has been recovered. A few local collectors have shared their artifacts with archaeologists which aids in locating and recording sites. The range of artifacts recorded includes projectile points, scrapers, net sinkers and stone tools. The lack of physical evidence of past cultures is not surprising given the low population density. Cameron County was and is truly “the Pennsylvania Wilds” and was considered “wild” by Native American groups as well. It likely served as a good place for hunting, but not an area for long term settlement.

We hope you have enjoyed this trip up north and will take an interest in recording and preserving the archaeological sites in your community. These resources are Pennsylvania’s heritage and for all of us it is our window into the past. Help us to protect and preserve these archaeological resources which are crucial to our understanding of the past.

For more information, visit PAarchaeology.state.pa.us or the Hall of Anthropology and Archaeology at The State Museum of Pennsylvania .
Posted by PA Archaeology at 6:00 AM