In honor of Pennsylvania Farm Show week we thought we would take this time to feature a Pennsylvania farmstead site. As you might imagine farmsteads are a common site category in Pennsylvania. We will focus our attention on just one farmstead, the Koch/Schmoyer farm in Lehigh County excavated in the late 1990’s by McCormick, Taylor and Associates, Inc. It is a great example of a Pennsylvania German farm occupied from the 18th and into the 20th century. 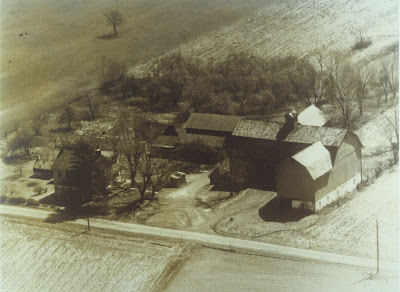 Farmsteads were not stagnant entities, they evolved and changed over time. The Koch/Schmoyer farm exemplifies the evolution of farmsteads through early techniques of crop farming and animal husbandry toward modern farming practices, thus transitioning from a self sustaining farm to a market based farm. This familiar trend is present as farms progressed from a small dairy, to a cottage butter industry, to eventually selling raw milk to a dairy cooperative in the 20th century. Much of this development is illustrated in the configuration of the outbuildings on the farm. Census records also demonstrate this change through equipment and livestock counts.

Archaeology revealed the presence of a ground cellar at the location of the original spring that included a drainage system. The combination of these features suggests its use as a milk house. Because butter did not spoil as quickly, it was found to be more profitable than marketing fresh milk. The coolness of the subterranean ground cellar coupled with the fresh spring water would have created an environment to prolong the life of the butter until it could be distributed. Another example of the progression in farming techniques was the relocation of “odiferous” livestock far away enough from the house to minimize the smell but close enough that the animals could be monitored. 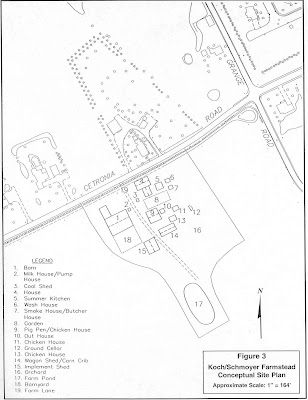 The farmyard configuration can also speak to some degree to the ethnicity of farmers. It is said that German farmers were more inclined to provide better shelter for their animals through the cold winter months, thus larger barns and pens. Historically it was noted that the Pennsylvania German farmers “always provide large and suitable accommodations for their cattle before they lay out much money in building a house for themselves”, Benjamin Rush 1787. This reduced the amount of feed needed for the livestock. The English, Scottish and Irish tended to allow the animals free range of the farm.

As farming practices changed from subsistence to market based, the economic level of the farm grew. This growth is visible in both the domestic wares used within the house as well as the machinery used in the daily workings of the farm as listed in the historic records. The Gackenbach’s were occupants of the Koch/Schmoyer farm from 1833-1844, and the daily wares attributed to them appear to be contemporary styles for the day, shell edged pearlware with polychrome decorations. These tablewares while not extravagant would have been more decorative than the average plain wares of the time and much more decorative than the utilitarian redwares used by the previous occupants, Weaver/Sorbers (1774-1833). 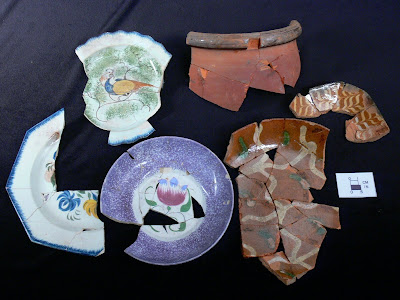 Since we were unable to be at the Farm show this year let this serves as a tribute to our great heritage of farming in Pennsylvania. We have missed you this year, but with any luck we’ll see you at future shows. If you would like to let Farm show officials know we were missed, you could send a comment or a tweet to the Farm show website.

For additional information on Pennsylvania Farm Communities check out The Architecture and Landscapes of Pennsylvania's Agriculture: A Field Guide

For more information, visit PAarchaeology.state.pa.us or the Hall of Anthropology and Archaeology at The State Museum of Pennsylvania .
Posted by PA Archaeology at 3:16 PM