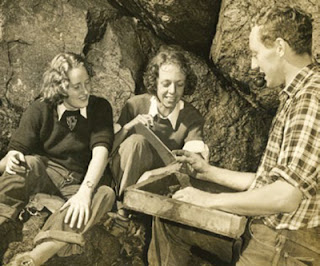 Continuing the celebration of women’s suffrage, this week’s blog highlights another important woman in Pennsylvania archaeology.  Mary Butler was born June 23, 1903 in Media, Pennsylvania.  She attended Vassar College, receiving a B.A. in 1925 and studied at the Sorbonne in France.  Then she attended Radcliffe, earning a master’s degree in anthropology in 1930.  Finally, in 1936 she was the first woman to earn a Ph.D. in anthropology, from the University of Pennsylvania. She would remain affiliated with the University of Pennsylvania for the rest of her career as an assistant in the American Section of the University from 1930-1939 and then as a Research Associate from 1940-1970 (Simon, 2017 and Keur, 1971).

Dr. Butler’s dissertation was “Ethnological and Historical Importance of Piedras Negras Pottery” from Guatemala.  Her first expedition to Guatemala was as a member of a team from the University in 1932.  She then directed three subsequent expeditions focusing on ceramics to determine a ceramic sequence for the region (Simon, 2017).  As well as her interest in Mesoamerican archaeology she was also interested in Northeastern American archaeology.  Unfortunately, at that time, the region “was renowned for its hostility to women’s involvement in fieldwork (women were even banned from some digs)” (Herridge, 2019).  She persevered.

In 1936, she conducted excavations in Somerset County, Pennsylvania for the Pennsylvania Historical Commission.  Excavations at the Montague site (36So4) revealed a stockaded village containing 29 houses and a variety of pits and artifacts associated with village life. 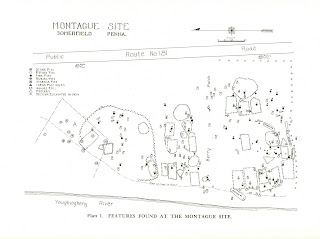 The Hanna site (36So5) was excavated over the winter of 1935-1936, which locals purported to be the worst winter in years.  No stockade was revealed at the Hanna site, but 23 roughly circular houses were arranged in a ring, about 220 feet in diameter. 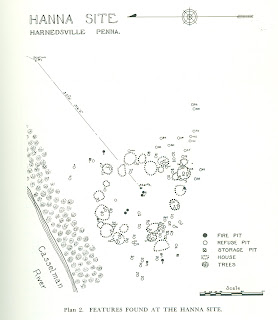 The third site dug during this season was the Clouse site (36So3).  Situated in a semi-circle on the Youghiogheny River, with mountains close enough behind to shelter from weather, but far enough to prevent surprise attacks. This was a “strategic site”. 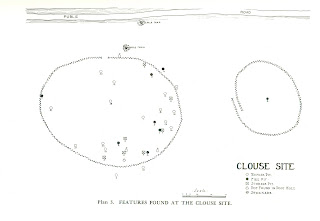 These early excavations contributed to the initial understanding of the Monongahela culture; expanding our knowledge beyond the Iroquois and Algonkin groups encountered by early settlers (Butler, 1939).

She then returned to her alma mater, Vassar College in 1939-1940, where she directed an archaeological survey of the Hudson River Valley.  Describing the survey in the Vassar Miscellany News she amusingly quips “We only sink our mattocks where the poison ivy grows…, explaining that poison ivy seemed to sprout wherever an Indian had laid his bones” (Butler, 1940).  The survey was successful, it investigated 45 sites, and included a crew made up of over one-third women.

Mary Butler married in 1942 and began a family, eventually having both a daughter and a son.  Greatly valuing her new domestic responsibility’s, she maintained an active interest in northeastern archaeology.  Confronting the difficulties all working mothers face, she received an emergency call in 1943 from the University Museum to supervise an excavation at Broomall, PA.  “She took her 11-week-old daughter along to the dig, carrying on efficiently as director, and giving the baby her bottle during coffee and lunch break.” (Simon, 2017 and Keur, 1971).

Dr. Butler taught at several colleges throughout her career, among them are Hunter College, Vassar, and Bryn Mawr.  She was also active with the Philadelphia Anthropological Society, the Society for Pennsylvania Archaeology, the American Anthropological Association, and the Society for American Archaeology.  At the time of her passing, January 25, 1970 “she was the historian-archaeologist engaged in the restoration of the 18th century Mortonson House in Norwood, Delaware County, Pennsylvania. To this day Mary Butler is seen as a trailblazer for women in Pennsylvania Archaeology.

For more information, visit PAarchaeology.state.pa.us or the Hall of Anthropology and Archaeology at The State Museum of Pennsylvania .
Posted by PA Archaeology at 3:49 PM