2018 Workshops in Archaeology, John Smith’s Susquehannocks: The Archaeological context of a Native Culture

We would like to thank all the attendees, speakers, volunteers, and staff that made the 2018 Workshops in Archaeology a bounding success.  The subject of this year’s program was John Smith’s Susquehannocks: The Archaeological context of a Native Culture; and it was one of our most successful events having an overall attendance of 190 people. 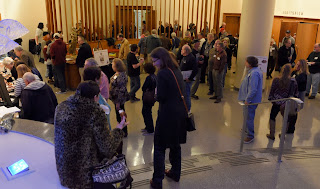 As always there was flint knapping demonstrations provided by Steve Nissly, an expert flintknapper that not only displayed some of his more impressive pieces but also demonstrated his technique.  This year in keeping with the Late Woodland culture period of the Susquehannock Indians, Steve demonstrated the technique used in producing triangular shaped projectile points (arrowheads). 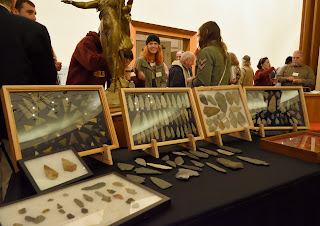 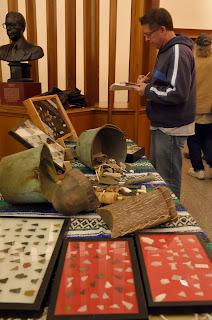 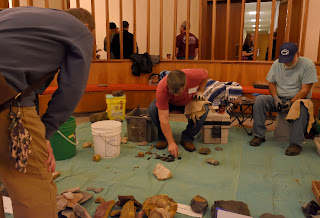 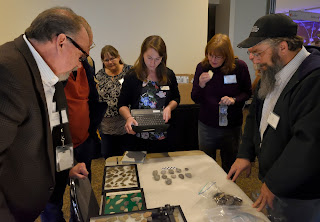 Noël Strattan and Hannah Harvey from the State Historic Preservation Office were on hand to demonstrate site recordation in the Cultural Resources Geographic Information System (CRGIS).  It is essential to know where sites are in order to protect and preserve our archaeological heritage.

In addition to these staples of our program we were pleased to welcome 9 speakers to this year’s program.  All professionals with an expertise in Susquehannock archaeology and history. 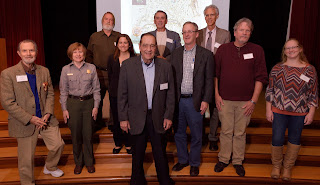 The program began with Beth Hagar, Director of State Museum of Pennsylvania, providing opening remarks with a brief presentation of recent accomplishments and events at the museum.  Followed by opening remarks by Dr. Paul Raber, Director of Archaeological Services Heberling Associates, Inc. 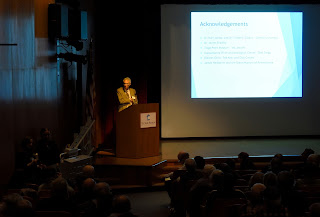 It seemed only right to begin the day with Dr. Barry Kent, Pennsylvania State Archaeologist (retired).  He is also the author of Susquehanna’s Indians, the preeminent volume on the archaeology and history of the Susquehannock Indians.  Dr. Kent provided the culture history of this native group from their origins through the last historic record at the horrific Conestoga Indian Town massacre in 1763.

Next up was one of our former interns, Jasmine Gollup, M.A., TRC Environmental Corp.  She presented her research in the Upper Susquehanna Valley tracing the origins of the Susquehannock or Proto-Susquehannock, acknowledging some of the caveats encountered during her investigations. 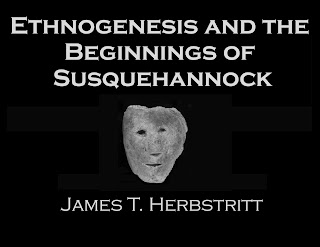 The last paper of the morning was presented by Andrew Wyatt, M.A., Senior Archaeologist, AECOM.  Andrew shared the results of the data recovery excavations at the Lemoyne site, an early seventeenth century, palisaded, Susquehannock village.  Significant in providing dietary evidence not previously recovered on many of the previously excavated village sites which has enriched our understand of Native foodways. 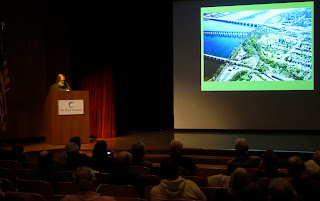 Presentations resumed after lunch with Dr. Robert Wall, Towson University, discussing the chronology of the Susquehannock.  Looking at community patterns of several sites excavated in the last few decades, this time in the Upper Potomac River Valley he demonstrated the existence of a brief occupation which existed for about twenty years, which ended about 1620. 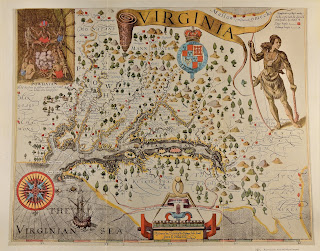 The first depiction of a Susquehannock is from John Smith’s journal and map of 1608 where he notes that they are “a giant like people”.  Dr. Marshall Becker, West Chester University compared both male and female skeletal remains of Susquehannocks recovered in West Virginia with remains of contemporary natives from nearby tribes. His research suggests that the women were of average height, but the men were indeed taller.

Dr. Lisa Lauria stepped away from the taxonomical approach and touched on the cultural anthropological method.  She discussed the social context of ceramics and how it changed as brass and copper kettles replaced the handmade ceramic vessels.  Lisa suggested that changes in pottery decoration and size reflected social change and adaptation of the people.

After another brief break, Dr. Timothy Shannon, Gettysburg College, explored the historical accounts of the Susquehannocks interactions with colonials in the 17th and 18th centuries.  Dr. Shannon’s research of treaty agreements, journals and colonial government records traced the transfer of power from the once powerful Susquehannocks to the Iroquois after the Iroquois attack of 1674.

The final paper of the day was delivered by Jackie Kramer, Outdoor Recreation Planner, National Park Service.  She talked about the Captain John Smith Chesapeake National Historic Trail which is the country’s first national water trail extending from Havre de Grace, Maryland to Cooperstown, New York and its role in telling the story of the native people that lived in the lower Susquehanna River valley.

The presenters gathered for a question and answer session with the audience which allows for further discussion and questions from the audience. This exchange often introduces additional dialogue that presenters are unable to share in their presentations due to time constraints.  Participants had one last opportunity to share thoughts and interests at a lovely reception in the museum’s Susquehanna room. 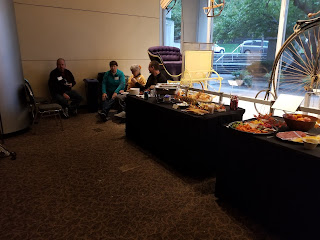 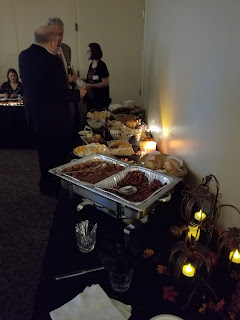 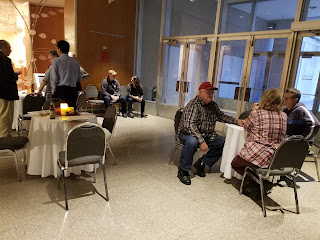 For those that attended it was a great day full of good information about the people that once inhabited this part of Pennsylvania.  If you were unable to attend, there is always next year. These presentations are also a preview of a soon to be published title; Contact and Cultural Identity, Recent Studies of the Susquehannocks edited by Paul Raber. This publication will be available in the fall of 2019 through Penn State University Press. The 2019 Pennsylvania Farm Show is just around the corner and this year’s exhibit will follow the theme of the workshops highlighting the archaeology and history of the Susquehannocks.   Stay tuned to TWIPA for information regarding the 2019 Workshops in Archaeology as well as other upcoming events.


For more information, visit PAarchaeology.state.pa.us or the Hall of Anthropology and Archaeology at The State Museum of Pennsylvania .
Posted by PA Archaeology at 4:10 PM