The Archaeology for the Museum of the American Revolution

In April of this year The Museum of the American Revolution opened in Philadelphia.  It was constructed “in the heart of the oldest part of Philadelphia” (Yamin et al., 2016), along Chestnut Street and a mere two blocks from the Delaware waterfront.  Realizing the history of the chosen plot archaeology commenced and Commonwealth Heritage Group (formerly John Milner Associates) conducted Phase III excavations in 2014 and briefly in the spring of 2015 and 2016.

The excavations exposed Philadelphia’s history from the earliest seventeenth-century residential plots, through the commercialization of taverns and printing offices of the eighteenth and nineteenth century, to the construction of the Jayne building in 1849/1850.  The Lippincott button factory represented yet another transition to industrialization in 1907; and finally, the property became institutional by the construction of the National Park Service Visitor Center in 1970 (Yamin et al., 2016).

William Carter received a patent from William Penn shortly after his arrival in 1682 for land surrounding the project area.  Carter later added to that parcel by purchasing a north-south lot in 1701/1702.  It was this later property that would encompass a quarter of the project area for the new Museum of the American Revolution.  This is the parcel that was divided into 74, 76 and 78 Chestnut Street by 1750.

74 Chestnut Street (36Ph194) was purchased by William Smith, a tanner by trade, in 1749 from the Overseers of the Public School that included William Carter’s trustees.  There were two features found on this parcel that represented the early colonial occupation of the project area “generating over 25,000 colonial-era artifacts” (Yamin et al., 2016). 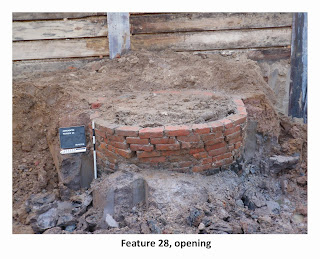 Feature 28 was a privy located at the back of the lot.  Near the bottom of the privy laid two Westerwald jugs. 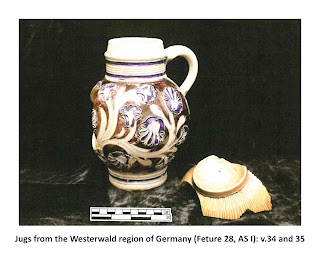 While the privy contained relatively little tableware or food remains there were several drinking vessels and bottles.  The feature also contained over 1,400 fruit pits. 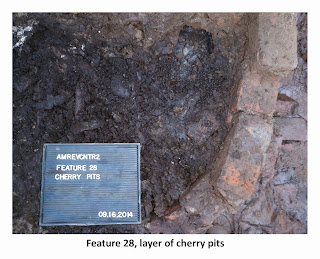 Yamin et al., suggest that perhaps no one lived in the “alley house” but instead, may have been used for some commercial related activity.  Evidence of the tanning industry was suggested by “horn pieces, leather scraps, modified wood and bark fragments” (Yamin et al., 2016). 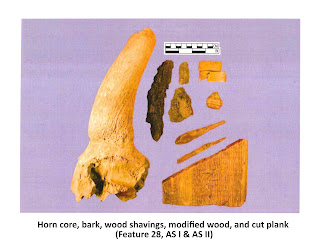 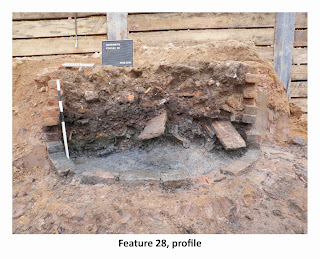 Feature 32 was another privy, 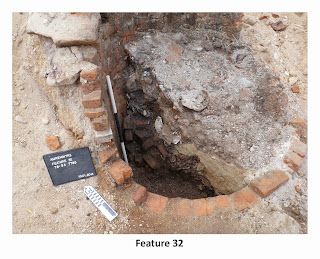 located in the middle of the lot straddling the property line of 74 and 76 Chestnut Street.  76 Chestnut Street (36Ph195) was occupied by Samuel Garrigues, a barber.  Unlike Feature 28 this privy contained a large quantity of table and teawares, including Chinese Export porcelain, 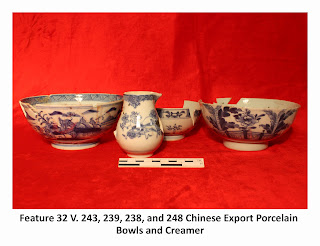 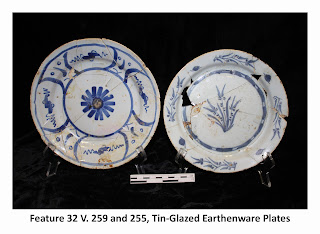 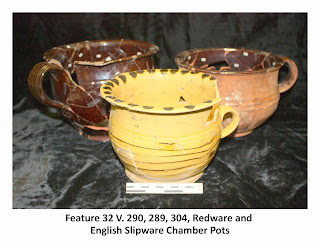 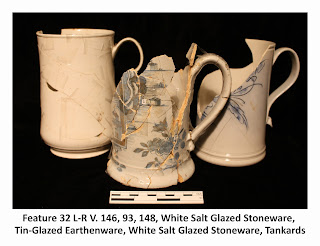 There were also many Kaolin or ball clay pipes and pipe stems (180) as well as a large volume and variety of faunal food remains.  These clues point to the privy use by tavern clientele as opposed to strictly domestic use.  The “terminus post quem” for this deposit is 1760 and although no tavern license can be found for either 74 or 76 Chestnut Street at that time there was a tavern across Chestnut Street (Yamin et al., 2016).  Another possible explanation for the volume of non-residential fill may be related to an act passed by the Pennsylvania Assembly in 1763 dictating the depth of privies with regard to distance from the Delaware River.  Possibly trash was collected and dumped into the privy in an attempt to reduce the depth to the newly acceptable level (Yamin et al., 2016).

The information produced from this excavation gives us a window into our country’s earliest days as well as its evolution through the twentieth century; this brief presentation hasn’t even scratched the surface (so to speak) of the archaeological history of the project area.  It’s an incredible site and we hope you enjoyed this glimpse of our shared American heritage as we celebrate its birthday.  We also hope you’ll check back for future posts dedicated to other components of this excavation.

For more information, visit PAarchaeology.state.pa.us or the Hall of Anthropology and Archaeology at The State Museum of Pennsylvania .
Posted by PA Archaeology at 4:20 PM