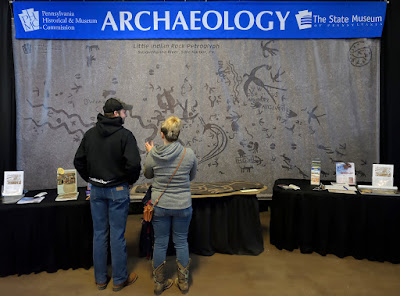 As many of our dedicated followers will recall, this year’s Farm Show exhibit featured the petroglyphs of Pennsylvania.  Petroglyphs are images that have been chiseled into stone and are found throughout the world.  Many people associate the American southwest with this cultural phenomenon but there are 42 petroglyph sites currently recorded in the Pennsylvania Archaeological Site Survey files, most of them located in the Ohio watershed. 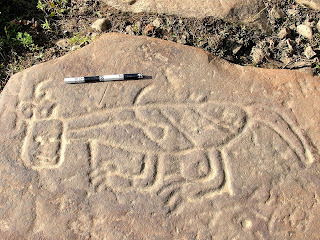 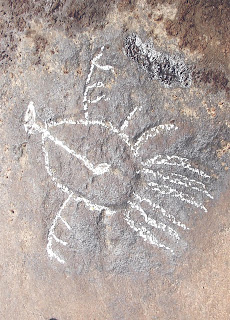 There are many different designs depicted.  Some symbolic or animal in nature, others more abstract in design and some undefinable.

The chart above describes some of the symbols but there are many more beyond these and not all of them so easily interpreted.  I believe its human nature to look at these pictures and speculate about the story that inspired someone to spend the amount of time necessary to carve these designs into solid rock.

With all of this in mind, this year’s children’s activity invited the children to tell us their story.  After spending time looking at the exhibit and hearing a little about petroglyphs 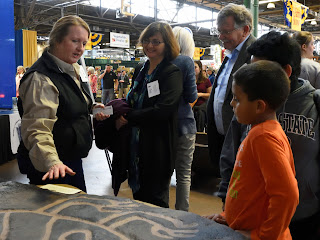 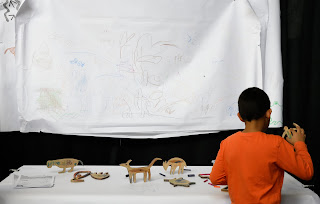 we provided a large sheet of paper, a dozen templates of various documented petroglyphs from Pennsylvania and a box of crayons… 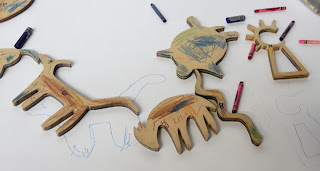 The kids seemed to enjoy the activity and it was interesting to see their response.  As promised to the children, here are some of those responses…

One repeated theme is the name.  People throughout time have felt the need to leave their mark.  Whether it was the symbols used by Native Americans, or the modern graffiti of “B Weaver”, people want to say “I was here”. 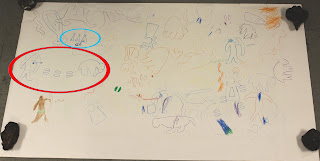 The story depicted by the red circle is reminiscent of a hunting story on Little Indian Rock at Safe Harbor Dam. 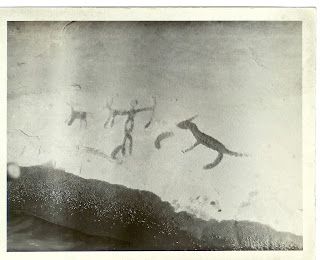 I think it’s also interesting to see the kids’ reflection on home, either for the natives as depicted in the blue circle above or perhaps in a more personal way. 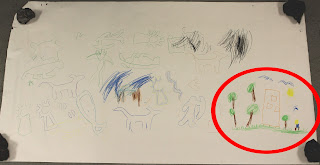 The activity was enjoyable for the kids; and gave them an opportunity to apply their newly found thoughts on petroglyphs.  It also afforded us a chance to observe the behaviors of these little humans telling stories with pictures.  After all anthropology is the study of human behavior.