This week we have a guest blogger, Sam Azzaro. Sam served as an intern with us this past summer. His project involved our collection of bannerstones that includes approximately 500 whole, partially complete and broken specimens. He collected basic data that will allow us to better characterize bannerstones in Pennsylvania. Building on this, archaeologists will have a better idea of how they were made and generally how they may have been used. The State Museum has other similar collections that would benefit from this type of analysis (gorgets, axes and adzes, pitted stones… ) and we are always looking for interns to gain the experience. Below is Sam’s report. 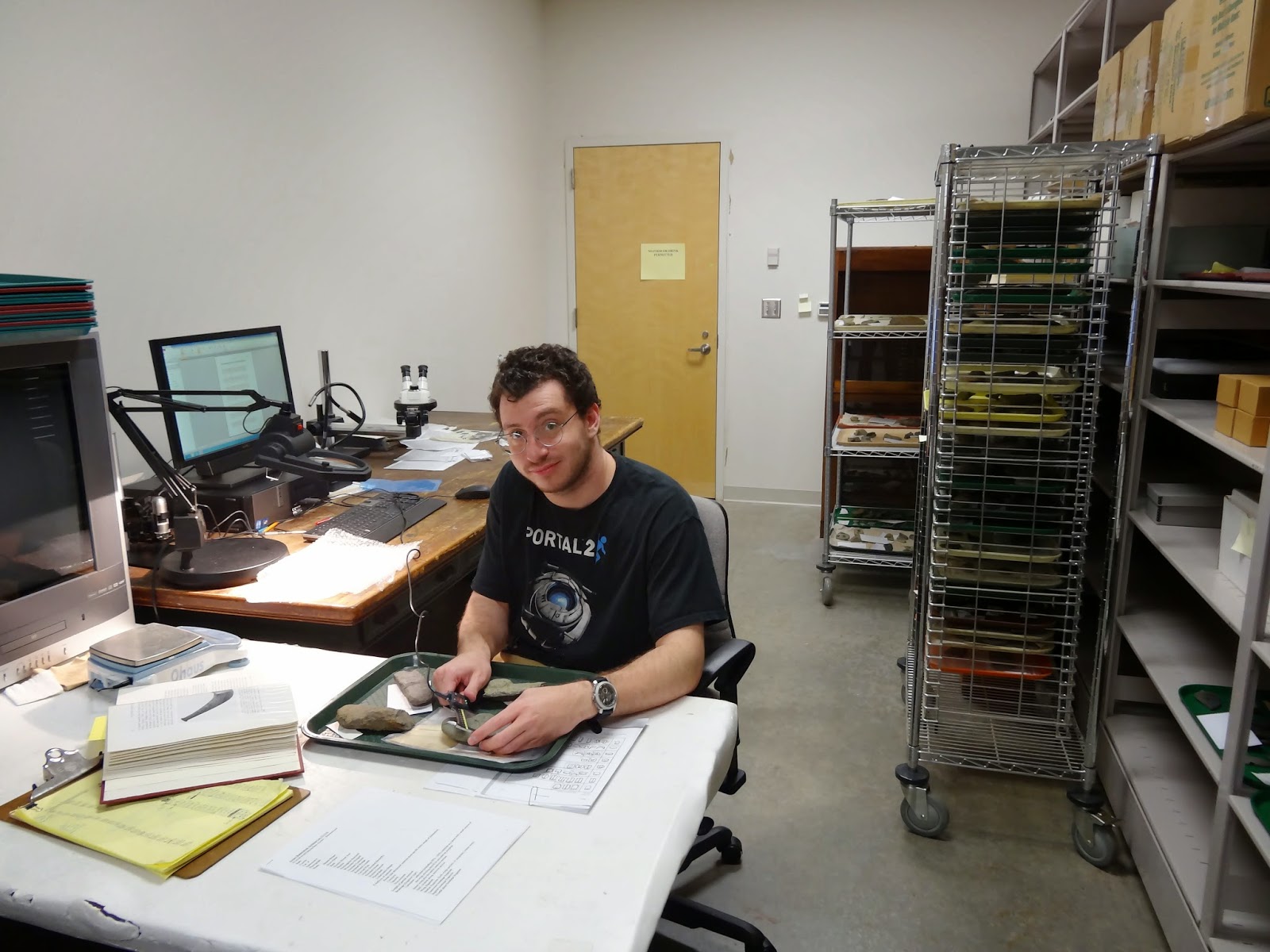 Anyone who knows me will acknowledge that I have had a deep interest in the ancient and prehistoric past, as far back as I can remember.  As you can imagine, this led to having a somewhat unique childhood, preferring to spend my free time learning about a variety of things I found fascinating, such as the Maya, the Roman Empire and prehistoric creatures, at an age when most children would have considered these activities to be a fate worse than death!  Over time, my unique interests brought me to Dickinson College, where I will be graduating in May 2015 with a major in Archaeology, a concentration in Anthropological and Environmental Archaeology, as well as minors in Anthropology and Earth Sciences/Geoscience.  It’s amazing to think that the educational journey I began many years ago toward becoming an archaeologist will finally be complete.  Now, there is also the matter of going on to graduate school and actually finding a job in the field of archaeology, but, as a college senior looking back on the many years it took to get this far, I'm just going to choose to enjoy the moment!  But, all kidding aside, having the opportunity to intern this past summer in the Archaeology Section of The State Museum of Pennsylvania, was an incredible experience and an invaluable step in my journey toward entering into the field of archaeology. 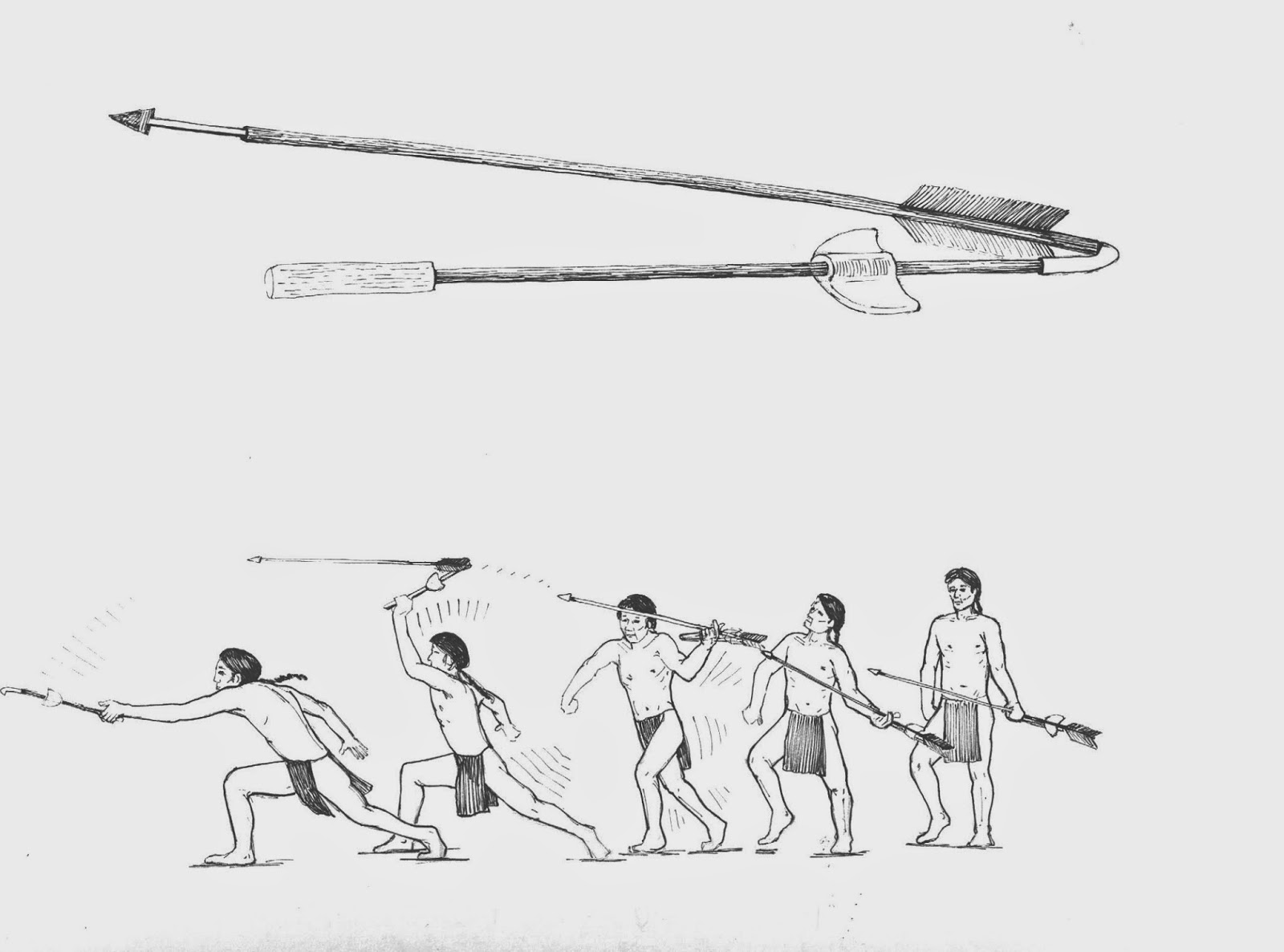 My work as an intern this past summer had been centered on a kind of Native American stone artifact known as a bannerstone.  The archaeological community currently classifies bannerstones as a special kind of weight that Native Americans would have placed on their spear throwers.  But, to be totally honest, not everyone agrees on this explanation. It is primarily based on one site in Kentucky where bannerstones were found in alignment with the handle and the hook of what appeared to be spear throwers. This seems like conclusive evidence but when people have experimented with actually using bannerstone on spear throwers, they could not detect a significant improvement in performance compared to spear throwers without weights so the jury is still out on their function. Yet, this function has continued to be associated with bannerstones, seemingly due to the simple fact that no alternative function has been proposed and effectively proven accurate by a formally educated and credentialed member of the archaeological community. 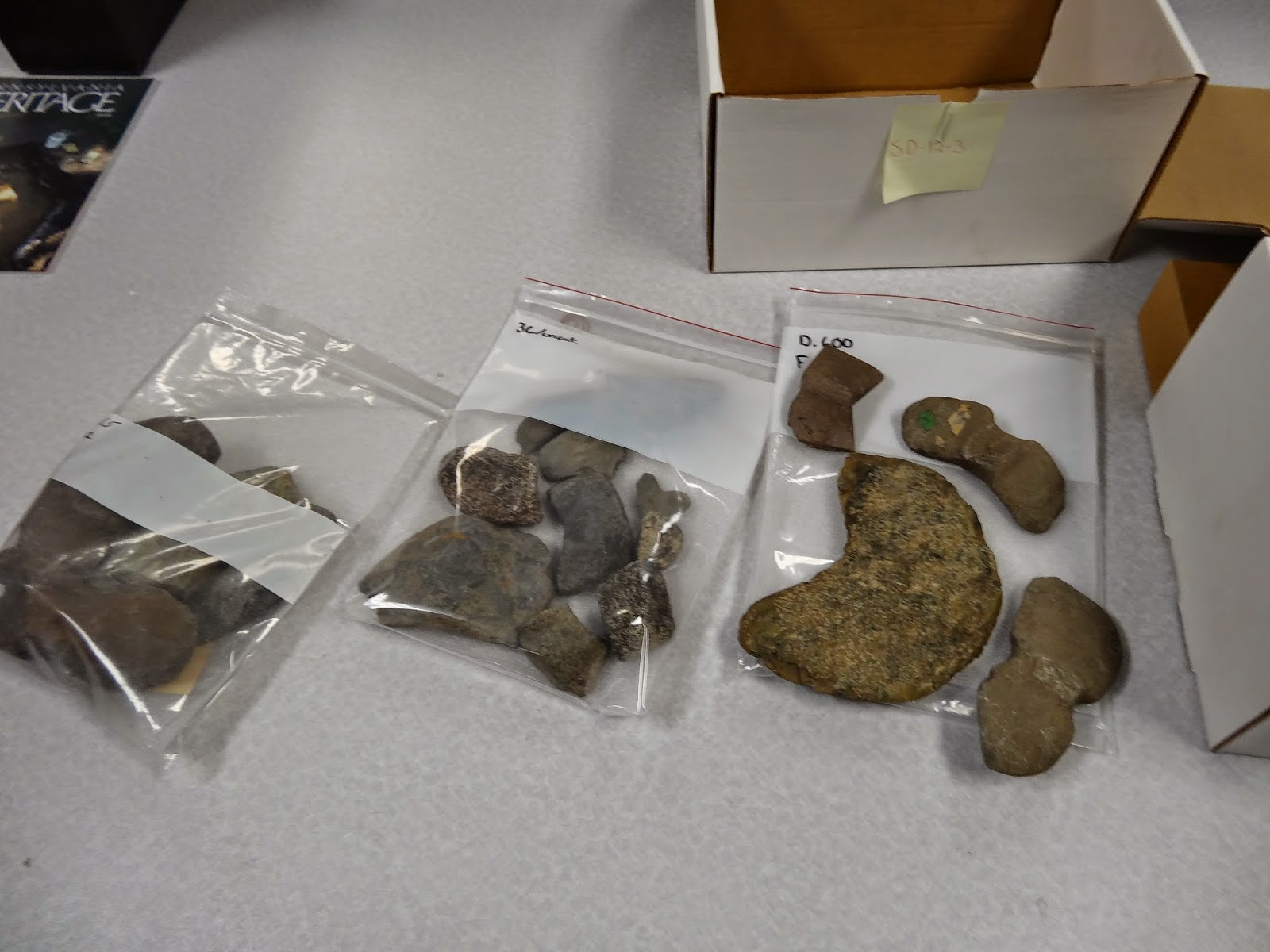 Let us establish something right off the bat.  No, I did not manage to solve this centuries old mystery during my internship this summer.  And, furthermore, most of the work I performed had nothing to do with solving this mystery.  Essentially, most of my internship responsibilities consisted of cleaning, re-labeling and cataloguing the museum’s collection of bannerstones.  To some, this might seem like grunt work.  However, the reality is that each of these tasks is crucial in allowing museums to "function properly" for both visitors and researchers.  Whether an artifact has been dug out of the ground a day ago or has sat on a museum shelf for centuries, it requires thorough cleaning before it can be displayed to the public or studied by archaeologists.  Additionally, in order for museums to function properly as repositories of artifacts, these artifacts must be labeled and stored in a succinct and uniform manner, so that any single piece in a collection may be located, removed for display or research and returned to its appropriate storage location, with ease.  In truth, learning how important these duties are, along with how truly rigorous they are to perform, was one of the most significant things I learned this past summer.  Simply put, this internship provided me with a realistic, hands-on orientation pertaining to what a significant aspect of archaeological work at a museum consists of, which will play into the career path I choose to pursue in the near future. 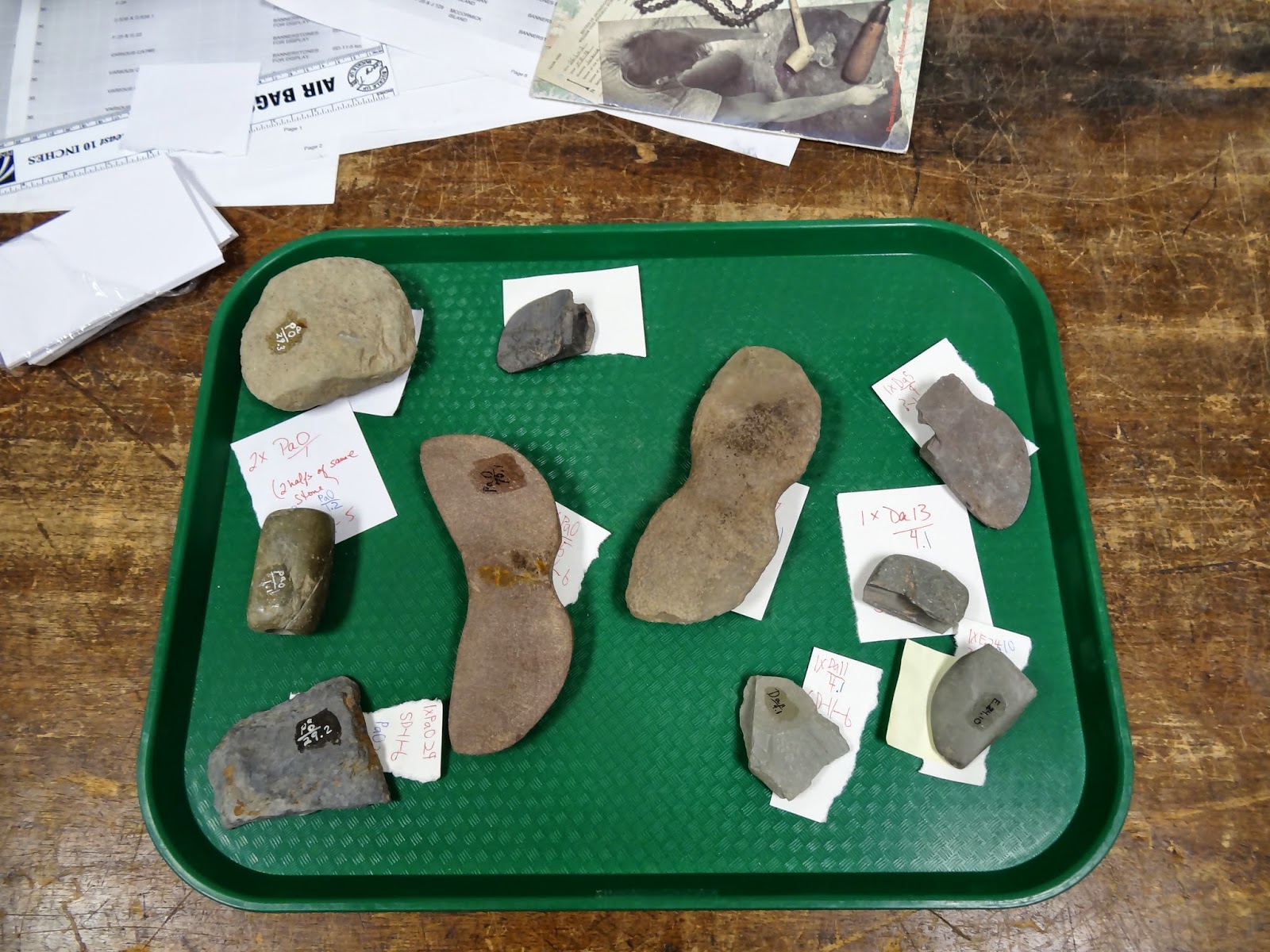 Now, the other important portion of work that I focused on during my museum internship consisted of collecting a range of measurable and observable information from the most intact, as well as the majority of fragmented bannerstones, in the collection.  In other words, I examined almost every bannerstone specimen, after each had been cleaned and re-labeled, collected previously unrecorded information about them (what shape they were, what they weighed, etc.), and then placed them into storage.  While the data I recorded won't resolve the ongoing mystery as to what bannerstones’ actual function was, it does provide an "information base" upon which future researchers can build and, perhaps, someday, possibly even utilize to solve the aforementioned mystery. 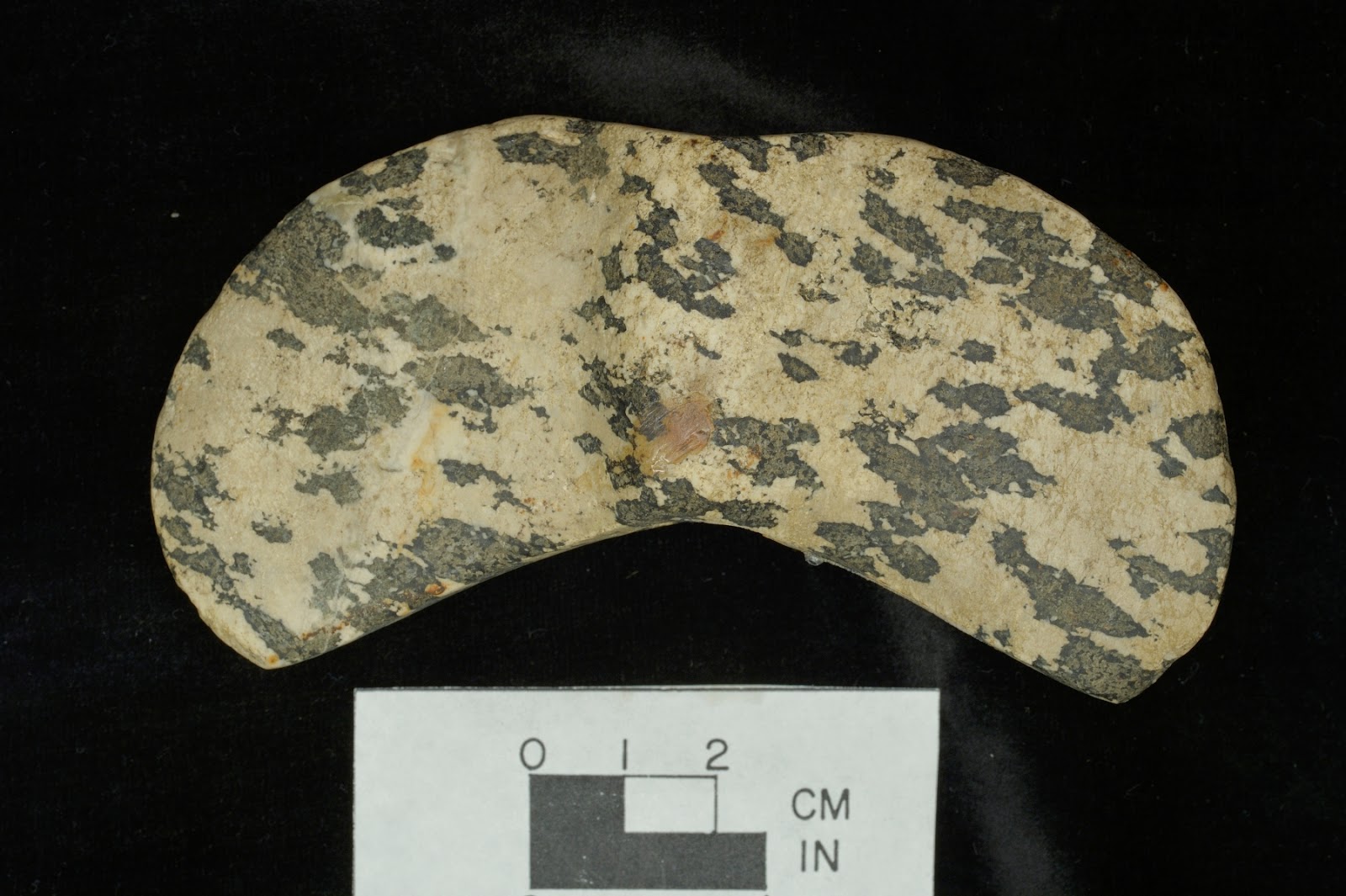 Finally, I would be remiss if I were to not mention that much of this examination was performed under the direction of Senior Curator of Archaeology, Kurt Carr.  That said, I would like to thank Dr. Carr, along with the other members of the State Museum's archaeology department, for their help and guidance during my internship.  It was an incredible experience that I will never forget.

For more information, visit PAarchaeology.state.pa.us or the Hall of Anthropology and Archaeology at The State Museum of Pennsylvania .
Posted by PA Archaeology at 2:55 PM