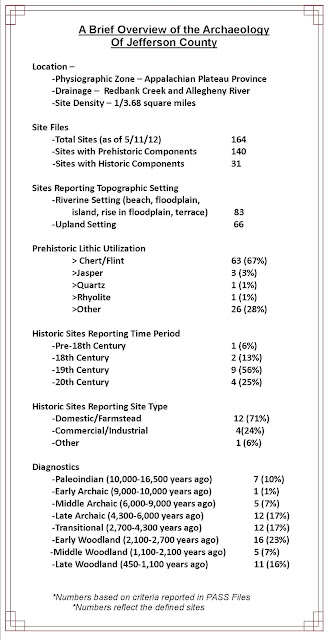 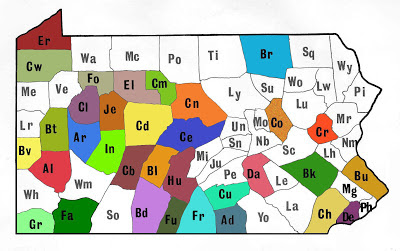 TWIPA would like to thank Kenneth Burkett, executive director of the Jefferson County Historical Center, for guest blogging this week. We continue the county by county archaeological journey with Jefferson County.

Situated in the uplands of the Appalachian Plateau physiographic region this area consists of rolling hills and moderately steep sided valleys covered in regrowth hardwood forest.

Transecting the county are three major westward flowing waterways with the Clarion comprising the northern boundary, the Redbank Creek in the center and the Mahoning Creek near the southern border.  These waterways were important transportation routes for Native Americans travelling between the Susquehanna and Allegheny River basins requiring only short portages over the divide between their upper tributaries and the West Branch.  The presence of these prehistoric inter-regional travelers is frequently found on streamside campsites in the form of artifacts made from non-local lithics such as jasper, rhyolite, quartzite and argillite along with an occasional steatite bowl fragment from eastern Pennsylvania. From the west, Upper Mercer, Coshocton and Flint Ridge lithics originated in central Ohio. 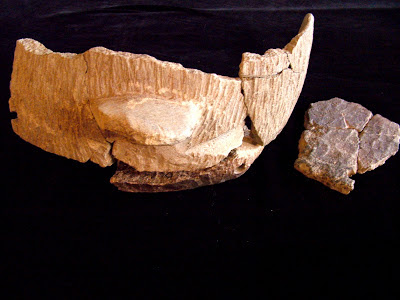 As this area is unglaciated, the primary sources of chert are within the Pleistocene gravels of the Allegheny river and a poorer grade of local Vanport siliceous shale also referred to by archaeologists as Jefferson County chert (Burkett 2001).  This black and tan chert outcrops on hillsides in the central part of the county where several prehistoric quarry sites are known. Many more probably existed prior to their destruction by 20th century strip mining.  Often found at these locations are the stone digging picks used to expose the chert veins. Hammerstones and anvil stones are evidence that the raw material was tested for quality and the initial shaping of the tools began at the quarry. This process also served to reduce the weight of the tool blanks prior to transporting them to the habitation sites. Many of the rockshelters along the Redbank and Mahoning creeks contain enormous quantities of chert chips produced while refining or finishing these tool blanks. 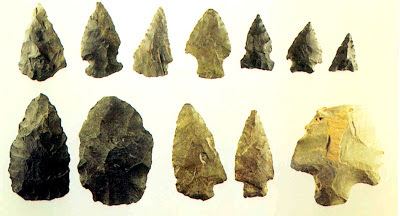 Formal archaeological investigations of prehistoric sites have rarely been conducted in this county. The only reported excavations are the Bunny Rock Rockshelter (36Je48), the Ridge Rockshelter (36Je49) and the Davis Rockshelter (36Je50) excavated in the Redbank drainage between Brookville and Summerville by Ken Burkett (nd.). In addition, the Dutch Hill Rockshelter (36Je132) near Belltown overlooking the Clarion River was excavated by Andrew Myers (2001). 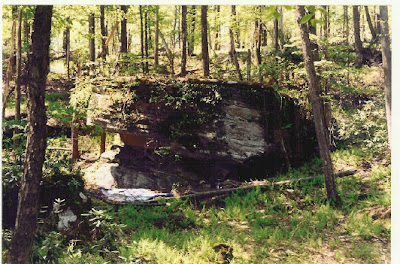 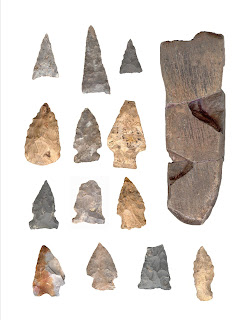 Jefferson County has an extensive 19th century logging history and there are many remnants of mills, raceways, bracket dams and railways found throughout the county in and along the streams and tributaries.  Annually each summer since 2005, Brian Fritz and Amanda Valko have been working at Clear Creek State Park to present a public archaeology program where volunteers help excavate, catalog artifacts and document a blacksmith’s shop that was part of the circa 1870’s Frazier Sawmill complex. 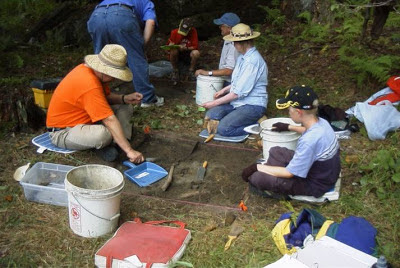 We hope you have enjoyed this short overview of Jefferson County and that this will inspire an interest in recording and preserving the archaeological sites in your community. For more information on the history of Jefferson County visit the web site at www.jchonline.org. These resources are Pennsylvania’s heritage and for all of us it is our window into the past.  Help us to protect and preserve these archaeological resources which are crucial to our understanding of the past. We encourage every citizen to take an active role in preserving our archaeological heritage and ask that you respect these sites and Preserve our Past for the Future.

The 98th Annual Pennsylvania Farm Show opens on Saturday, January 7th, 2013. This year’s exhibit theme is the Archaeology of the French and Indian War (1756-1763). We will be showcasing the State Museum’s excavations at Fort Hunter as well as excavations at Fort LeBoeuf, Fort Augusta, and Fort Loudoun. A brochure detailing the archaeology of this time period will also be available.  Our exhibit wouldn’t be complete without the 20’ dugout canoe which is always an eye catching attraction. French and Indian War period re-enactors will be present to answer questions and tell stories. Also, this year the Bureau for Historic Preservation’s exhibit booth will be located directly across the aisle from our own booth, providing a united display for the PHMC. 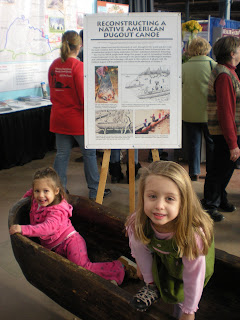 two visitors at the Farm Show try out our dugout canoe

We are located in the Family Living Section, on the McClay Street side, not far from the carousel and the butter sculpture- Hope to see you there! January 5th - 12th Pennsylvania Farm Show, 9-9 Saturday to Friday. 9-3 on Saturday 1/12th

For more information, visit PAarchaeology.state.pa.us or the Hall of Anthropology and Archaeology at The State Museum of Pennsylvania .
Posted by PA Archaeology at 3:16 PM