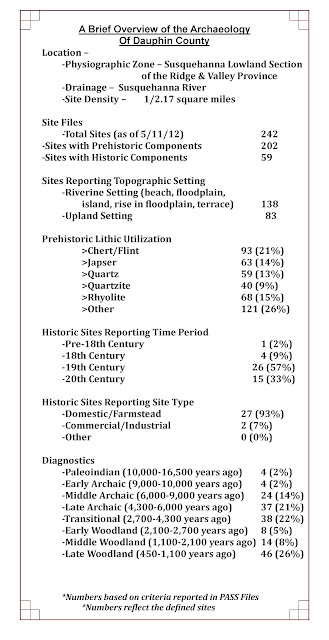 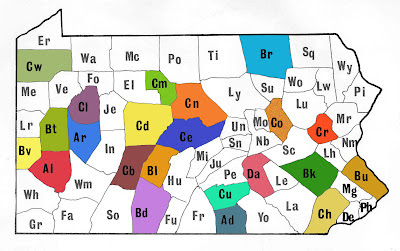 This week we travel to Dauphin County for a tour of some of its archaeological sites located on various stretches of the Susquehanna River. Dauphin County is located within the Susquehanna Lowland Section of the Ridge and Valley physiographic province.  This region along the Susquehanna River is defined by narrow, small, steep-sided stream valleys making it susceptible to flooding. The forested areas present today consist of white and red oak, sugar maple, ash, beech and walnut, which have provided resources for both humans and animals during the prehistoric period.  Archaeologists have been able to research the pollens found in soils along the Susquehanna River in deeply buried soil horizons, providing us with a better understanding of the paleoenvironment.

We begin our tour at Clemson Island site (36Da1) located across the river from Halifax, where the Clemson Island burial mound once existed on the island’s broad fertile floodplain. Unfortunately, the site is now gone, eradicated by repeated plowing and the construction of several water ponds that the Game Commission placed for the propagation and management of wildlife. 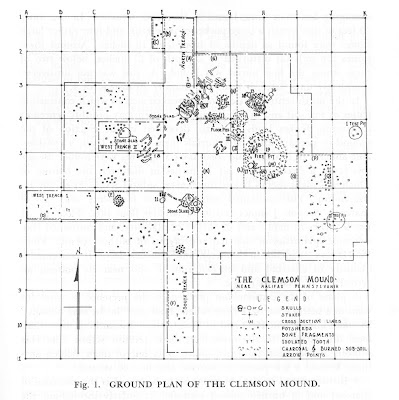 In 1929, the Pennsylvania Historical Commission explored the mound or burial location of a small group of prehistoric people who lived more than a thousand years ago.  Jones unearthed the remains of as many as 19 individuals buried at various locations within the earth and rock filled mound.  The remains were generally poorly preserved but enough remained of them to form a pattern of burial. At the base of, and immediately beneath the mound, abundant charcoal, animal bones, pottery and flint debris remaining from making stone tools were associated with some of the burials.  Four burial types were noted and classified according to the position and arrangement of each bone. These included single disarticulated skeletons, multiple articulated skeletons, cremations and semi-flexed articulated skeletons. Description was often hindered by the co-mingled nature of interment where some of the skeletons appeared to be laying on top of others. Cobbles and stone slabs found interspersed among the remains were likely used as covers to protect some of the dead whereas others were simply placed in isolated locations inside the mound. 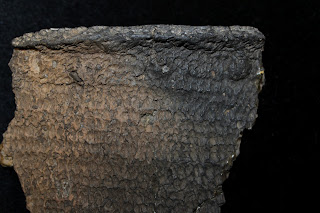 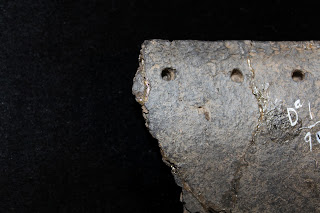 Few diagnostic artifacts were found in and around the base of the mound. The stone artifacts included four arrowpoints made from rhyolite and local chert, a notched net-sinker and a pitted hammerstone. Pottery was of the Clemson Island punctuate and non-punctate varieties that is ascribed to the early Late Woodland period (AD.900-1100). These pottery types are most common in the West Branch of the Susquehanna and Juniata River valleys of central Pennsylvania.

Moving on down the river, our next stop is a visit to City Island, home of the Harrisburg Senators Baseball Team. From 1994 to 2000 the island was an archaeological attraction annually during the months of September and October. The public and professionals visited and participated in the Pennsylvania Historical and Museum Commission’s annual archaeology program on City Island. 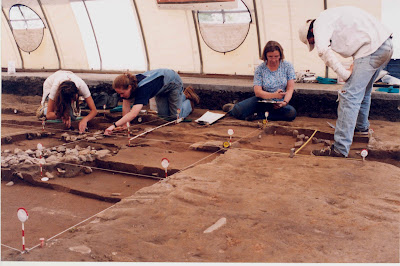 Our activities focused on an area of the parking lot on the north side of City Island (site 36Da12). Two excavations were opened in the general area where previous cultural resource studies identified a series of buried soil horizons containing living surfaces of Late Archaic and Transitional Period age. These prehistoric living surfaces were re-identified during the 1994-2000 excavations and served to extend the site boundaries, horizontally as well as, vertically.

The Late Archaic and Transitional living surfaces contained hearths and cobble features indicative of seasonal habitation. Some of the hearths and cobbled bake ovens yielded remains of nut hulls and charcoal and an occasional diagnostic projectile point or knife blade. The dominant lithic material used by both prehistoric cultures was metarhyolite brought to the island from the quarries 30-40 miles distant. 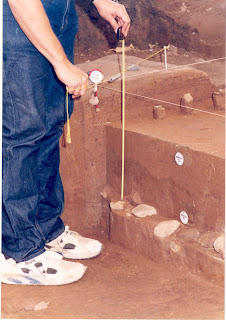 Going deeper, a thick deposit of sterile clay loam separated the Late Archaic and Transitional levels from a Middle Archaic period land surface identified by several 8000 year old radiocarbon dates and a diagnostic bifurcate projectile point made from a fine grained brown jasper whose probable source is the Hardyston Formation in the Berks, Lehigh and Bucks county region of southeastern Pennsylvania. 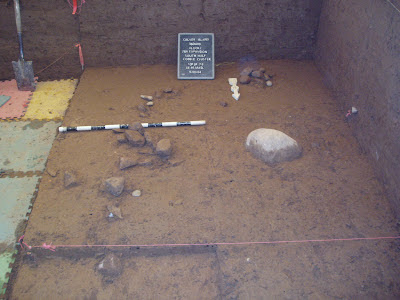 From City Island we travel a short distance down river where the Pennsylvania Turnpike crosses the Susquehanna River at Highspire, Pennsylvania. Structural pylons for the recently built bridge that now replaces an older outdated one were to be set on a section of the Calver Island site (36Da89) thereby impacting potentially important archaeological resources. Under contract with the Pennsylvania Turnpike Commission, archaeologists with KCI Technologies, Inc., opened several block excavations in the immediate area of potential effect (APE). 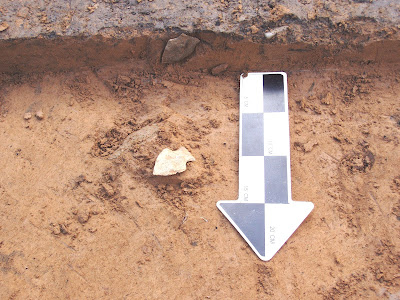 Calver Island is a remarkable prehistoric site. As with City Island, it is a stratified site with prehistoric occupations present in multiple discrete buried soil horizons, the ages of which spans the period between 2600 and 5200 years before present. To date, Calver Island has the best intact stratigraphic record of Late to Middle Archaic period occupations in Dauphin County.

Calver Island had features similar to those identified at City Island but many more were found there. Transitional period roasting hearths, cobble platforms and charcoal stained basin-shaped pits were among the feature types found there and these seem to have persisted at the site through time. 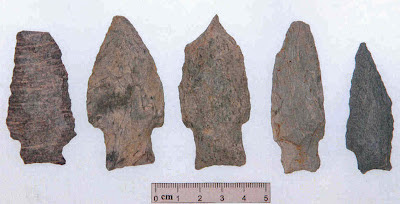 The large compliment and variety of diagnostic projectile points and knives from Calver Island provides us with a glimpse of the lithic assemblage from these river island sites. Large wide-based bifaces are of the Koens Crispin, Savanna River and Susquehanna broadspear types of Hardyston quartzite, local hornfels and metarhyolite. These date to the Transitional period. Narrower shaped points also of metarhyolite and hornfels and diabase are believed to be of Late Archaic and possibly Early Woodland age.  Interestingly, the broadspears and narrow stemmed points were frequently found in the same levels suggesting they were used by the same people, possibly for different functions. Some of these projectile point types appear to go along with atlatl weights and some of the early pottery at Calver Island. Although there were a few triangles of quartz and chert their association could not be determined stratigraphically since they came from Calver Island’s plowzone.

We hope you have enjoyed the “Island tour” of archaeology down Dauphin County’s western border and that it inspires you to learn more about the archaeology of your county. These resources are Pennsylvania’s heritage and for all of us it is our window into the past. Please help us preserve these important resources by reporting and recording your archaeological finds while we all Preserve our Past for the Future. (link to GIS web site)


For more information, visit PAarchaeology.state.pa.us or the Hall of Anthropology and Archaeology at The State Museum of Pennsylvania .
Posted by PA Archaeology at 3:55 PM