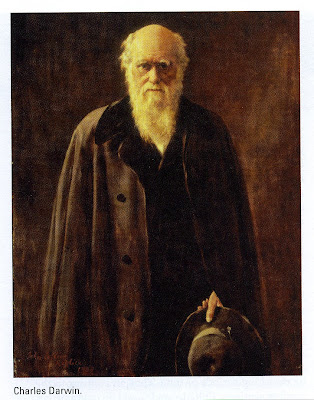 E is for Egyptologist, English gun flint and experimental archaeology (which we have discussed several times in the past). But this week’s “E” is for evolution. – a concept that is central to all archaeological research. The word evolution simply means change through time. The change is not necessarily good or bad, positive or negative. Biological evolution is defined as change in a population’s gene pool over time. Archaeologists focus on cultural evolution but we have borrowed many concepts from the biologists. Archaeologists ask: Why does culture change? How does it change and can we predict how and when significant changes will occur? In this week’s blog, we would like to briefly review the parallels between biological and cultural evolution that archaeologists use to describe and analyze the evolution of prehistoric cultures.

In the 19th century, anthropologists, lead by Sir Edward Burnett Tylor and Lewis Henry Morgan assumed that cultural evolution was driven by an innate force towards progress; it was goal oriented and the human condition was constantly improving. From the perspective of the middle and upper class of western society, life had definitely improved over previous times. However, this was not true for the lower working class or the non-western societies who were being exploited for their natural resources and cheap labor. Anthropologists (but mostly sociologists) during the late 19th and early 20th century were impressed with the systematic logic of Darwinian evolution and used terms such as exploitation, competition and survival of the fittest (a phrase coined by Herbert Spencer, not Charles Darwin) to justify the abuse of other people and cultures. In hind sight we call this social Darwinism. 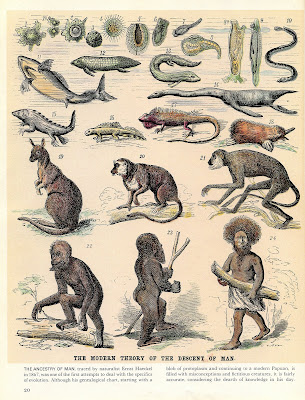 By the 1950s, biologists had discovered the nature of genes and had developed a new understanding of biological evolution (called the “New Synthesis). Populations of animals and plants contain an incredible variety of traits. The total of these traits within a population is called the gene pool. The combination of these traits represents the adaptation of the population. (Adaptation can be defined as a characteristic of a population selected by the environment that by its existence improves the chances of survival and also allows for exploitation of the environment (Jurmain et al. 2008). Variety within the gene pool is affected (frequently increased) by gene flow (e.g. from other populations), mutations (e.g. creating new genetic material) and random genetic drift (e.g. chance changes in the gene pool frequently due to accidents). The driving force in biological evolution is natural selection. Nature selects the most advantageous combinations of traits within individuals for survival. Natural selection operates on individuals but evolution occurs in populations. As the environment (in all of its aspects) changes, for example, from warm to cold or predators become faster or more intelligent, the selective factors change and the adaptation evolves. 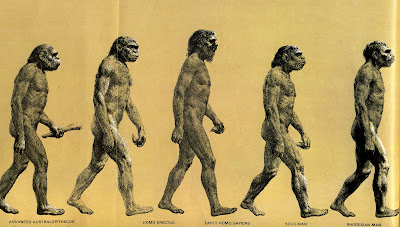 In the 1960s, archaeologists were influenced by cultural ecology and began to examine prehistoric cultures from an ecological perspective – as part of the environmental system. Using an elaboration on a definition for culture developed by Leslie White in 1959, Lewis Binford defined “Culture is an extra-somatic adaptive strategy that is employed in the integration of a society with its environment and with other cultural systems” (Lewis Binford 1965:205). Archaeologists of the 1960s viewed culture as an adaptive system and they focused on the processes that affected this system. Technology, subsistence, demography and ecology are major factors in the adaptive system and accessible in the archaeological record. This was the beginning of processual archaeology that continues to dominate (with some modifications) the profession today.


Archaeologists now describe cultural evolution as changes in the adaptive strategy or changes in the adaptive system. Changes in culture are described as responses to the natural and cultural environment. Artifacts, features, community patterns and settlement patterns are the traits of a prehistoric culture. They are the material remains of the adaptive strategy. The development and evolution of this strategy is driven by natural selection. Those cultures that can extract sufficient calories from the environment, educate the next generation and reproduce sufficient offspring will be successful (or selected).


When Darwinian concepts are applied to human culture in this manner it works well with hunting and gathering societies. Their adaptive strategy is more clearly related to the natural environment. Certainly, their social organization (how they were organized into groups), the relationship between males and females; and their belief system were essential factors of their adaptive strategy. However, these are frequently difficult to identify in the archaeological record. And the processual archaeologists do not feel they are the most significant catalysts for change. 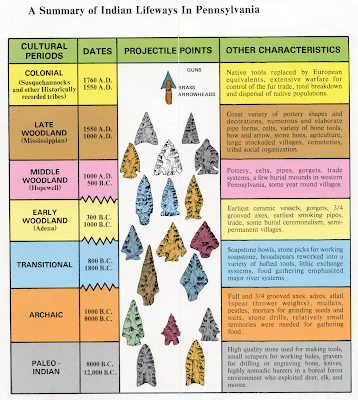 As an example, much of the Archaic period in Pennsylvania can be explained as a transition from a Pleistocene environment followed by a slow intensification of the adaptation (adding a variety of plant processing tools) due to an increasing human population. For the most part, it was a technological response to a changing cultural environment. However, by the Transitional period, characterized by broadspears, steatite bowls, large cooking hearths and extensive trade, it would appear that the adaptive strategy becomes more complex and it included increased inter-group social cohesion or communication. The nature of the adaptive strategy changed during the Transitional period from one emphasizing a technological response to an adaptive strategy emphasizing a significant social component. During the subsequent Woodland period, there is a change in the focus of the subsistence pattern toward the domestication of plant foods and the social component becomes even more significant. 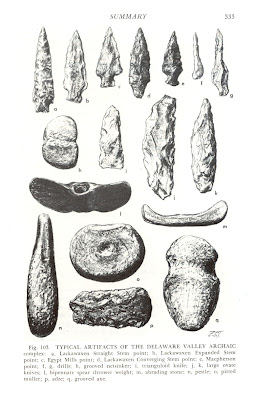 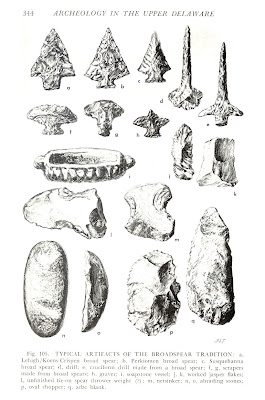 The use of biological concepts to explain cultural evolution is a useful conceptual model and one easily applied to the prehistoric archaeology of the Middle Atlantic region. Unfortunately, we know that the analogy with biological evolution has a flaw. Biological evolution emphasizes populations and impersonal processes such as gene flow, mutation and random genetic drift. Echoing a critique from the 1980s “Where are the people behind these proesses?” Cultural change can also be influenced by individuals. Simply look at the influence of charismatic leaders during the 20th century for the affect of single individuals on cultural evolution. This is the critique of the post-processual archaeologists and maybe we can cover this topic when we get to the letter “P”. 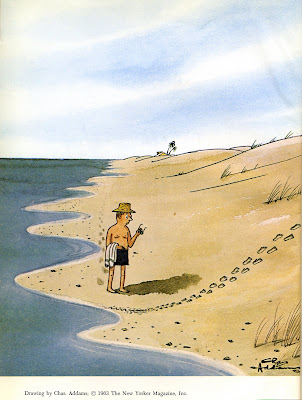 For more information, visit PAarchaeology.state.pa.us or the Hall of Anthropology and Archaeology at The State Museum of Pennsylvania .
Posted by PA Archaeology at 2:37 PM