Climate Change and the Archaeological Record:
Implications for the 21st Century

The Archaeology Section of The State Museum of Pennsylvania invites you to attend the annual Workshops in Archaeology on Saturday, November 8, 2014. This program is designed to provide the general public with an overview of archaeological discoveries in the Commonwealth. This year’s theme is climate change and its effects on cultural adaptations in Pennsylvania.  Archaeology is the study of past cultural behavior and one of the goals is to use the patterns of cultural change in the past to predict or at least prepare for cultural change in the future. Archaeologists have a long history of studying environmental change and they offer a unique opportunity to examine the interaction between culture and the environment over thousands of years. The program will begin with an overview of the major climatic episodes of the past 20,000 years followed by six presentations on how Native American cultures reacted to these changes. The final presentation will focus on how climate and culture may interact in the future. As you will hear, climate change has not always been harmful and in some cases, it has been quite beneficial for human adaptation.


In addition to the presentations, attendees can share their archaeological discoveries with staff from the Bureau for Historic Preservation who will provide assistance with artifact identification and recording archaeological sites, an essential task for protecting and preserving our archaeological heritage. An additional offering includes a demonstration by a master flint knapper who will make stone tools using Native American techniques. A reception at the close of the sessions will provide an opportunity for the attendees to meet with the presenters and staff in the Anthropology and Archaeology Gallery of The State Museum.

To register: fill out and send in registration form (PDF)

Paleoclimatologists study changes in the climate using pollen, plant and animal remains and changes in river dynamics to reconstruct past environments. This presentation summarizes the major climatic episodes of the past 20,000 years and establishes a framework and context for the next six presentations on the reaction by humans to these changes. Although, the major climatic episodes have been identified across the continent, they were not expressed in the same manner and some were more severe than others. Some long term climate changes are cyclical but some are less predictable and cultures must be able to adapt to both in order to survive.

Over a decade ago, Dennis Stanford and Bruce Bradley proposed that North America was first settled by Europeans, not Asians. They proposed an Atlantic Crossing by water craft at a much earlier time than the land migration across the Bering Strait. A major question in response to this proposal is what would motivate people in Europe to get into boats, sail across the Atlantic under severe artic-like weather conditions to settle in a new and unfamiliar land? This presentation will describe the new evidence for this migration and the environmental conditions that permitted such a migration.

Meadowcroft Rockshelter was initially excavated over 35 years ago and represented at the time the best evidence for Pre-Clovis occupation in the New World.  However, for decades it stood as the solitary example and, therefore, was highly controversial.  Since then, the number of excavated pre-Clovis sites has grown and the majority of the archaeological community now accepts the concept of people arriving in the New World thousands of years prior to the development of fluting and the Clovis tradition.  This presentation will focus on the variety of Pre-Clovis adaptations that have been found to date in the New World and will offer several alternative ages for the earliest colonization pulse.

Lunch on your own

Shortly before 11,000 years ago, Paleoindian populations with fluted point technologies colonized the Eastern Great Lakes and Mid-Atlantic regions, and then settled the New England-Maritimes. Around 10,900 years ago, the warming trend of the terminal Pleistocene was interrupted by colder conditions of the Younger Dryas, a climatic reversal that lasted until the onset of the warm, dry climate of the early Holocene, about 10,100 years ago. We first examine how these climatic changes affected vegetation communities and animal populations in the glaciated Northeast and the Mid-Atlantic. Against this backdrop, we then review regional archaeological records for shifts through time in Paleoindian life ways, considering how these cultural changes may have been linked to climate change.

About 10,000 years ago, Ice Age glacial conditions began to recede and a long period of climatic amelioration known as the Holocene epoch began.  Accompanying the warming trend were significant changes in the type and distribution of plant and animal communities. These shifting environmental conditions were mirrored in the cultural adaptations practiced by Native American populations. This presentation will consider the cultures that occupied Pennsylvania’s prehistoric landscape of the early Holocene, manifested during the time period that archeologists refer to as the Archaic.

Since the end of the Ice Age, the environment was warm and wet but beginning around 4500 years ago, the climate changed to warm and dry. This would have impacted the abundance and distribution of food resources, and thus influenced the rate of human population growth and patterns of community settlement. A population-resources threshold may have been reached in eastern Pennsylvania that promoted significant technological innovations and social changes. This presentation will describe these innovations and changes and also evaluate the role of climate change in resources availability, technological developments and population density.

The classic expression of Native American agriculture in temperate northeastern North America is the three sisters-- maize, common bean, and squash. Each of these crops entered into the region separately beginning over 5,000 years ago and ending as recently as 700 years ago. As a result of interactions with human populations and subregional environments, each crop had its own unique evolutionary history. The crop varieties and agricultural management systems that evolved over the centuries across the Northeast were well adapted to the short northern growing seasons and changes to regional climatic patterns such as the Little Ice Age.

This lecture will begin with a review of the now-solid evidence for a human influence on the climate of recent decades.  Such evidence includes instrumental measurements available for the past two centuries, paleoclimate observations spanning more than a millennium, and comparisons of the predictions from computer models with observed patterns of climate change.  The lecture will then address future likely impacts of human-induced climate change including possible influences on sea level rise, severe weather, and water supply.  The lecture will conclude with a discussion of possible solutions to the climate change problem.

Flint Knapping Demonstration, Steve Nissly (Auditorium foyer)
This presentation will feature an expert flint knapper who will demonstrate how stone tools were made by Native Americans in Pennsylvania during prehistoric times.

Artifact Identification by Doug McLearen, Chief, Archaeology & Protection and Kira Heinrich, Bureau for Historic Preservation
These individuals have over 50 years of experience with archaeological artifacts. Bring in your historic or prehistoric artifacts for identification and analysis by the experts. 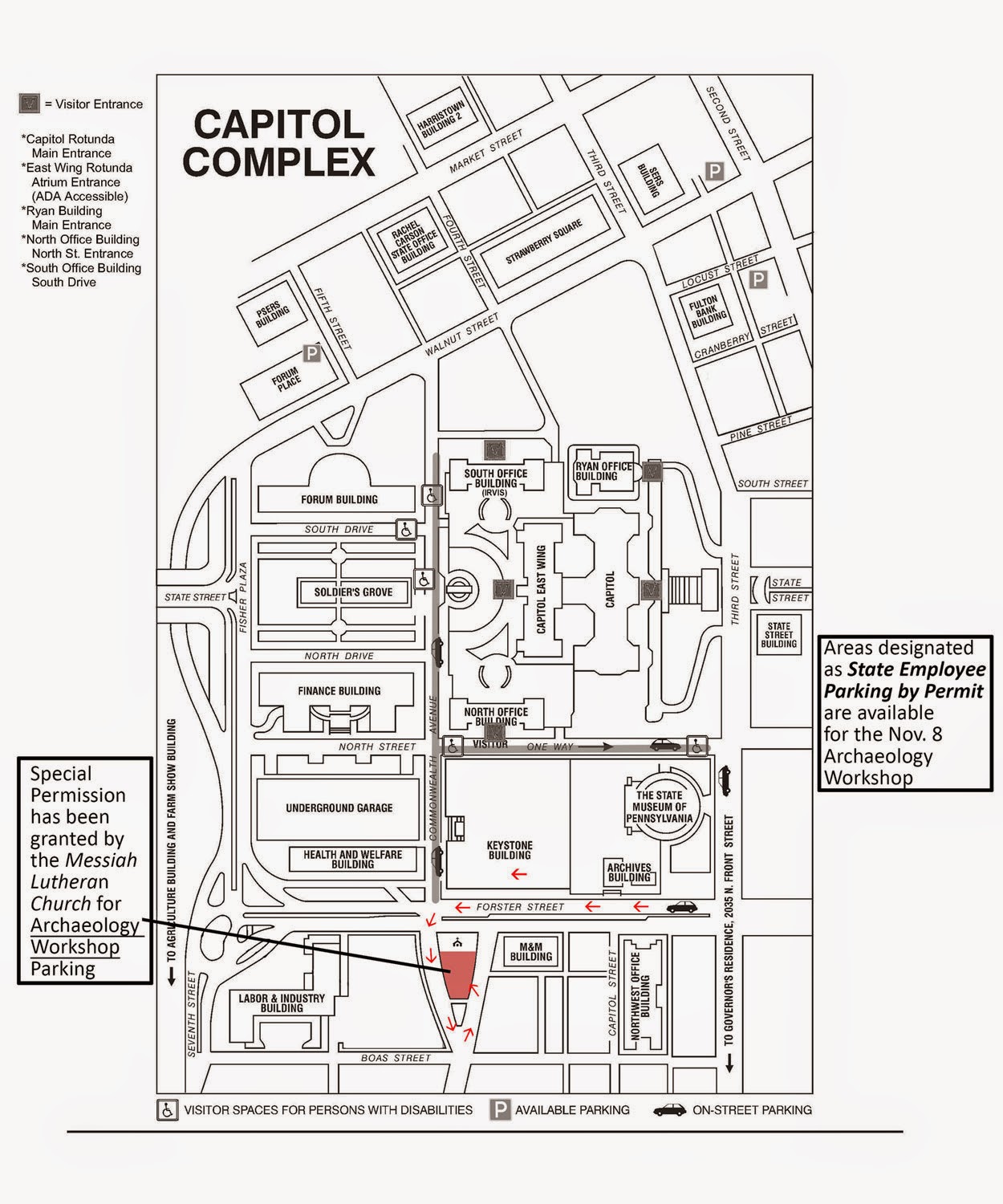